The owner of Detour Doughnuts and Coffee is making #StopAsianHate doughnuts to raise money and awareness for the AAPI community. She hopes it starts conversations. 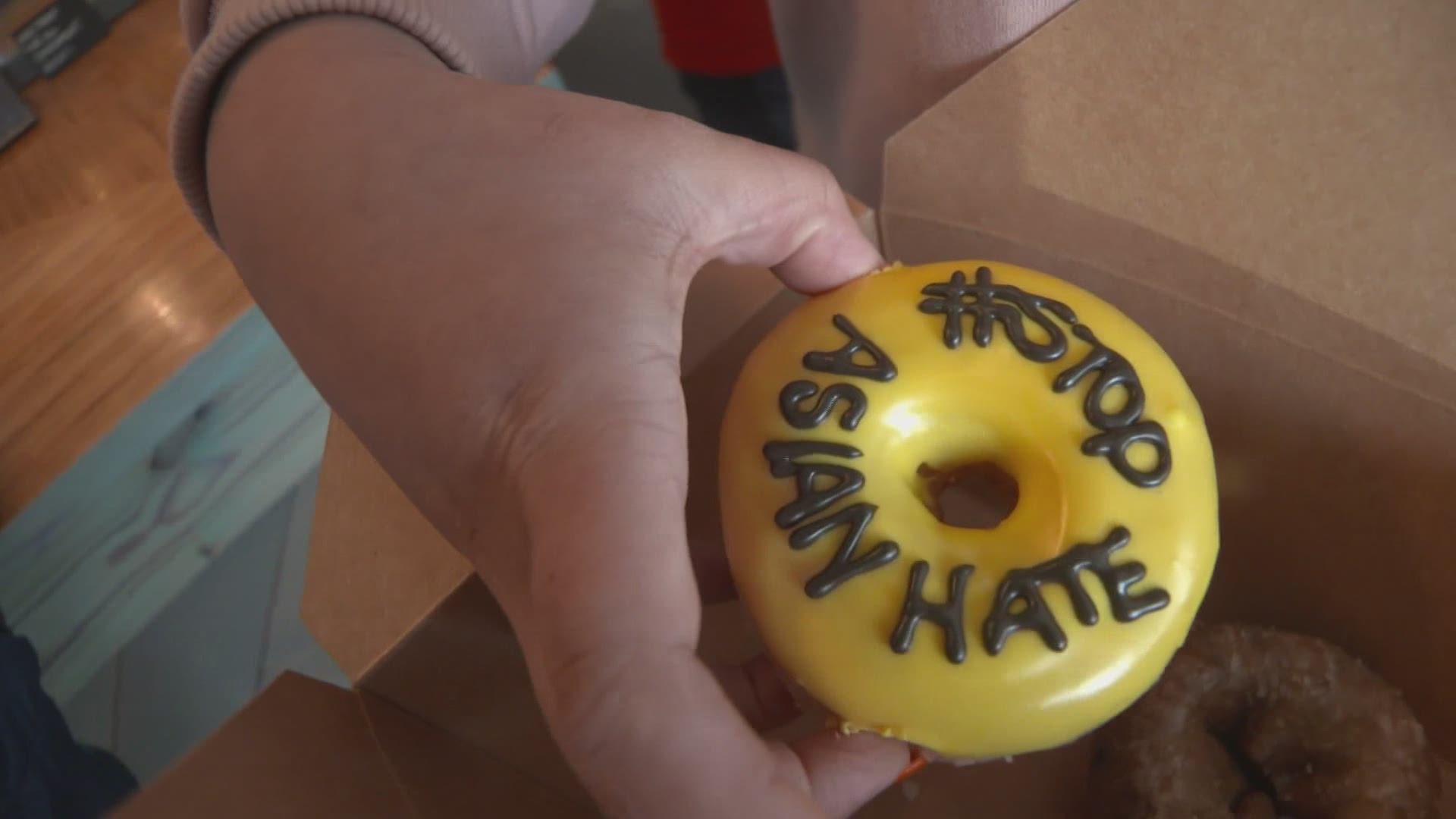 FRISCO, Texas — Detour Doughnuts and Coffee in Frisco is known for its gourmet doughnuts.

Its special this week is a glazed doughnut covered in yellow frosting with "#StopAsianHate" written on top.

Jinny Cho, the owner, feels strongly about the cause.

Cho was born in South Korea and raised in Texas. She said it's been tough during the pandemic hearing about the increase in hate crimes against Asians in the U.S.

According to the Center for the Study of Hate and Extremism, while overall hate crimes in the country dropped 7% in 2020, anti-Asian hate crimes surged 149%.

After the deadly shooting spree at Asian spas in Atlanta, Cho saw a greater unsettling fear in the Asian community.

"We need to show up for our people, and this is the best way I know how," she said.

Cho is donating the money from her #StopAsianHate doughnuts to the Support the AAPI Community Fund. She is also matching what her customers buy.

She understands that not everyone is supportive.

"We got a call earlier today saying like you guys are going to be the laughing stock of Frisco. You're ruining your business," said Cho.

Even so, she is trying to focus on the good.

Her #StopAsianHate doughnuts sold out quickly on Thursday and Friday. Customers drove from across the D-FW area just to buy one.

Cho feels the strength and support from the community. She hopes her doughnuts can bring productive conversation and awareness.