Gregory Morales' family had to fight to bring him home for a funeral because the Army still had him classified as a deserter. 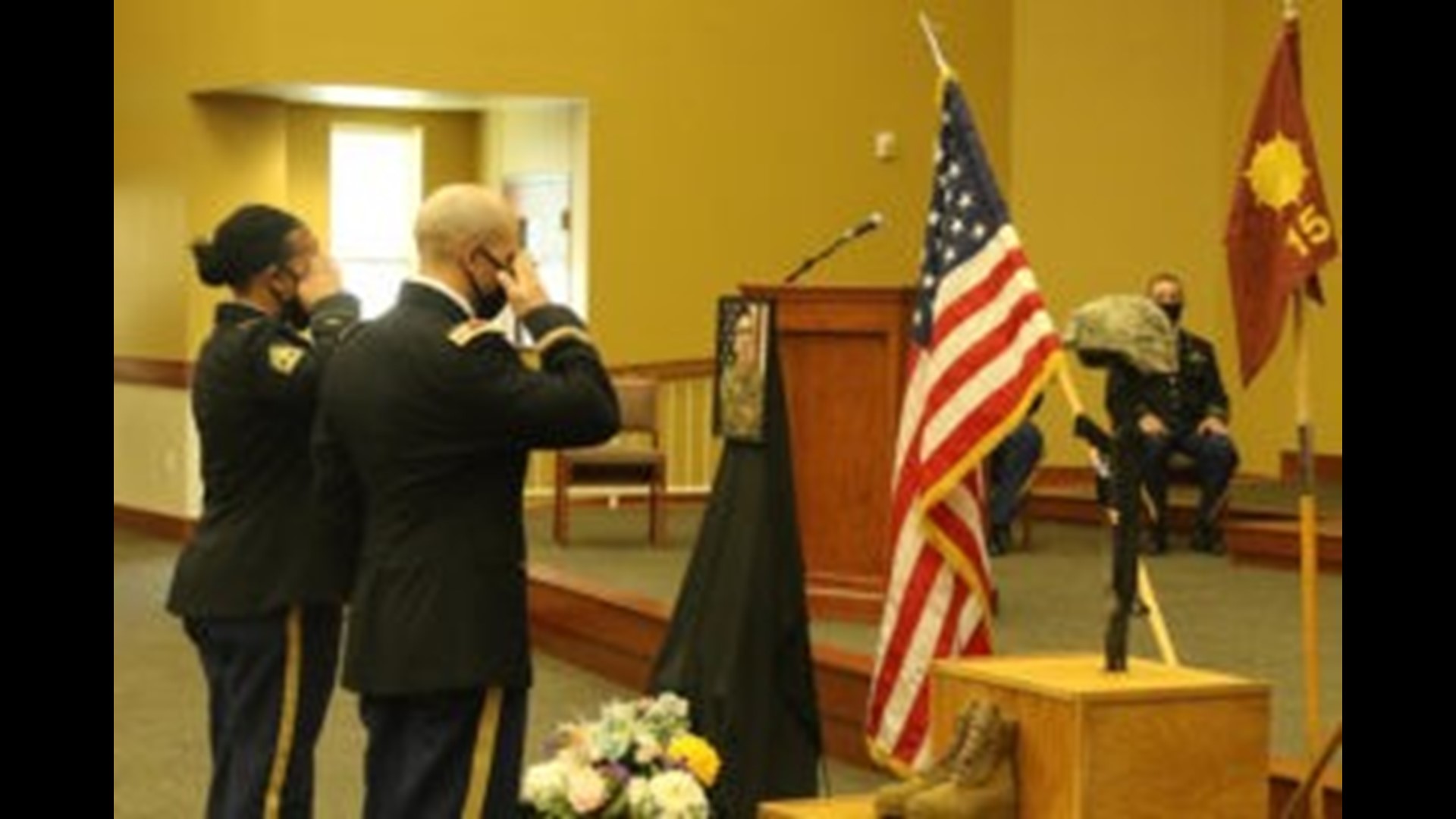 SAPULPA, Oklahoma — A funeral was held for Fort Hood soldier Gregory Morales Thursday, more than a month after his remains were found in Killeen.

The funeral was held in his home state of Oklahoma and was streamed live on the Green Hill Funeral Home Facebook page. He was laid to rest at Fort Gibson National Cemetery.

A military memorial ceremony for Morales was also held Thursday on Fort Hood. Wagonmaster and First Team leaders and soldiers gathered for the 1st Cavalry Division Sustainment Brigade unit memorial ceremony at the Spirit of Fort Hood Chapel on post.

“As the 553 CSSB moves forward in the absence of PV2 Morales, we can take comfort in knowing that the spirit of service and the ability to be a Soldier is something we should never take for granted,” Redfern said. “Greg Morales will always be a part of the U.S. Army and the First Team and his service to the nation will not be forgotten.”

Morales was last seen alive August 19, 2019. The Army initially classified him as AWOL and later as a deserter.

His remains were found June 19 behind a neighborhood in Killeen. The Army Criminal Investigation Division said they suspected foul play.

The search for Morales came during the same time period CID was searching for Vanessa Guillen. Her remains were found June 30 near the Leon River in Bell County.

Investigators said Aaron Robinson beat her to death with a hammer on post, then dismembered her body, with the help of his girlfriend Cecily Aguilar and buried the remains.

Robinson shot and killed himself the day after Guillen's remains were found. Aguilar was arrested and charged with tampering with physical evidence.

Morales' mother, Kim Wedel, was unable to bring her son's remains home for the funeral until the Army took him off the deserter list which Fort Hood said couldn't happen until his autopsy was complete.

But on July 15, Fort Hood took him off the list based on what they called "trustworthy investigative updates." They did not say the autopsy was complete. The Killeen Police Department is leading the investigation. Chief Charles Kimble told 6 News that day, they had no new evidence at that time.

6 News requested a copy of the autopsy from the Southwest Institute of Forensic Science in Dallas. We were told it was under an investigative hold by Bell County District Attorney Henry Garza.