President George H. W. Bush's body is expected to arrive in College Station via train Thursday afternoon, following his funeral in Houston. He will be buried behind George H. W. Bush Library and Museum, next to his wife Barbra Bush and daughter Robin Bush. 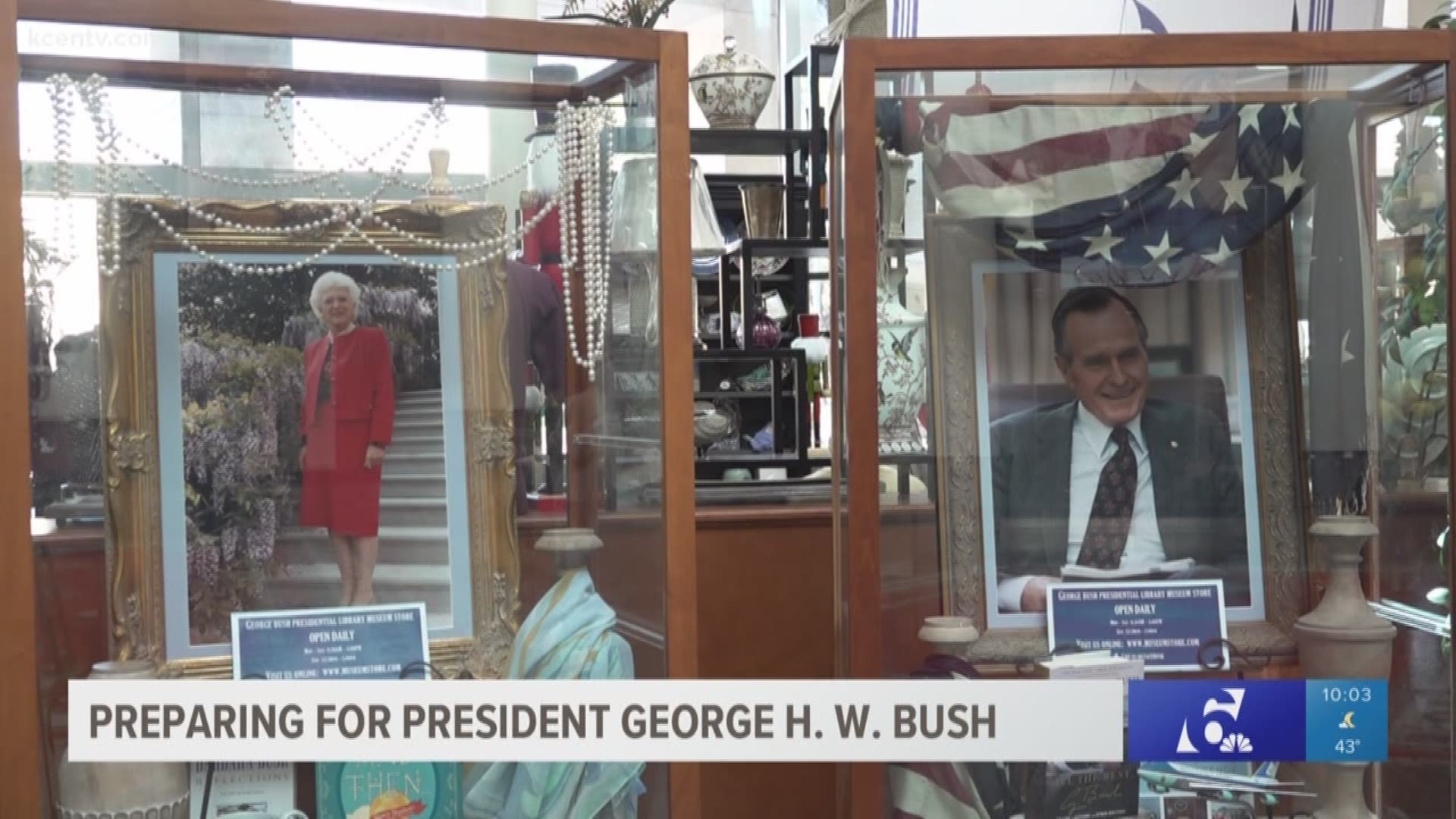 The president will have a funeral in Washington D.C. and his hometown of Houston, before his arrival to College Station on Thursday.

His body is expected to arrive around 3:45 p.m. via train from Houston, after his funeral service.

He will be taken to the George H. W. Bush Library and Museum, where he will be buried behind the building next to his wife Barbra Bush and daughter Robin Bush. The president and his wife chose the location.

The city and university have been in meetings with the United State Secret Service to iron out all the logistical details, a city official said.

Public schools, Texas A&M and Vista College will all be closed Thursday to let people take their time to honor the president, a city official said.

The following roads will be closed in College Station, per orders from the Secret Service:

Channel 6 reporter Cole Johnson saw hundreds of people go to the museum Monday to learn about the 41st president.

Additionally, a city official said the town and university have been cleaning up the area, replanting flowers and organizing the grounds to have everything in the best condition possible.

"To make sure that the Bushes and their father's memory are treated in a way that is respectful, and that also at the same time shows our gratitude as a community for all that he meant to us," College Station Mayor Karl Moone said.

The director of the museum said there will be a small, family gathering at the library, but it will not be open to the public.

"There will be an internment here at the museum, which is private for the family, which is fitting the way he would have wanted it," Warren Finch said.