Gov. Abbott said each bill was well-intended, but was either unnecessary, intrusive or could have unintended consequences. 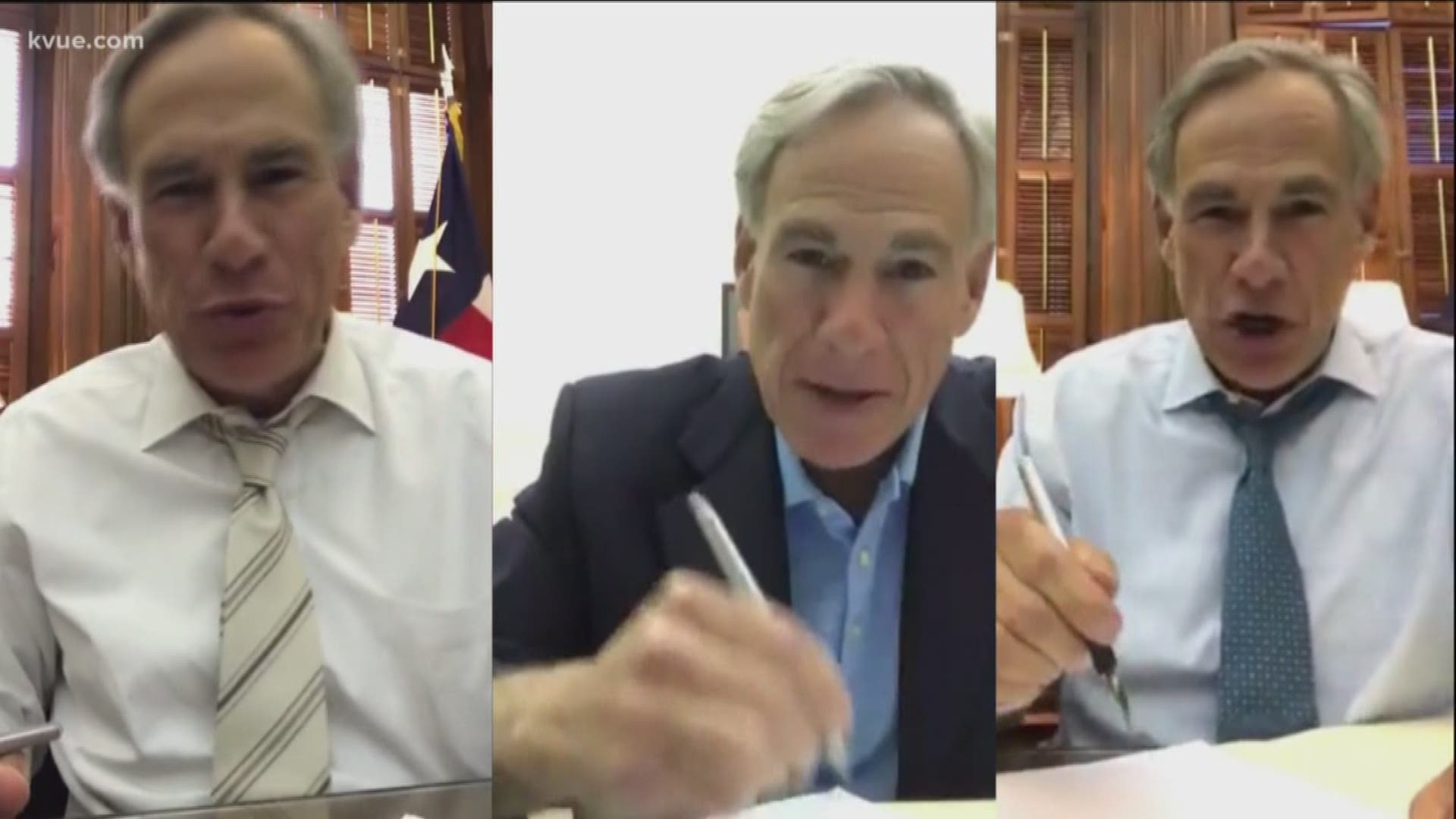 AUSTIN, Texas — Gov. Greg Abbott vetoed dozens of bills he described as "good bills gone bad" from the 86th Texas Legislative session. The deadline for Abbott to sign or veto bills was Sunday at midnight.

"All of these bills passed by the Legislature," Abbott said in a video posted to Twitter on June 8. "Now, it's time for decisions, decisions. We'll see what I do."

During the session, Texas lawmakers filed a total of 10,877 bills, including congratulatory and memorial resolutions. The House and Senate together finally passed 4,581 of them and Abbott signed 1,323 of them, roughly 29%. He vetoed 58 bills or 1.26%.

For each bill he nixed, the governor gave a reason why. Some of the bills, he just didn't support, like House Bill 448. It would have required parents to put children under the age of two in rear-facing car seats or risk getting a ticket. The governor wrote the bill was "an unnecessary invasion of parental rights and an unfortunate example of over-criminalization."

The Texas Pediatric Society said it's disappointed with Abbott's decision.

"The bill simultaneously would have meaningfully increased the safety of our youngest, most fragile Texans, as study after study demonstrates the effectiveness of rear-facing seats for infants in a collision," the society said.

"This young teenager was abused with vile, vulgar language on the internet to a lot of other people," Cole told KVUE in May when her bill was up for a vote on the House floor. "And she was really emotionally disturbed by that and even went to the point of attempting suicide."

Cole said police and the school district were unable to take any action against the bullies because of a loophole in Texas law. Her bill would have made it a crime to indirectly harass someone online.

In his veto statement, Abbott said the bill also would have criminalized repeated criticisms of elected officials online. But added he looked forward to working on cyberbullying solutions next session.

Some other bills the governor vetoed were:

House Bill 1771
This bill would have prevented children under the age of 17 from being arrested for prostitution. Abbott said the bill, "may provide a perverse incentive for traffickers to use underage prostitutes, knowing they cannot be arrested for engaging in prostitution," the Statesman reported.

House Bill 929
After passing in the House and Senate, this bill would have required a magistrate to inform people within 48 hours of their arrest about how a guilty plea could affect their enlistment or status in the U.S. armed forces.

HCR 86
This measure would have made the Bowie knife the official knife of Texas. Abbott said he vetoed it because it incorrectly identified the location of where Jim Bowie's "Sandbar Fight" was.

Abbott's veto power doesn't end with bills. He has the authority to go through the state budget and veto any line items. A spokesman from the Governor's Office told KVUE News he didn't do that this time around. Instead, he signed the state's two-year, roughly $250 billion budget just as lawmakers approved it.

And with that, the work of the session is complete.

For more information on the Texas Legislature, click here.

'If you hurt her, I'll kill you.' Austin's El Arroyo chimes in on Whataburger acquisition