Ronnie Miller collapsed on the ground in a parking lot outside Charlie Allen's, then a stranger sprung into action. 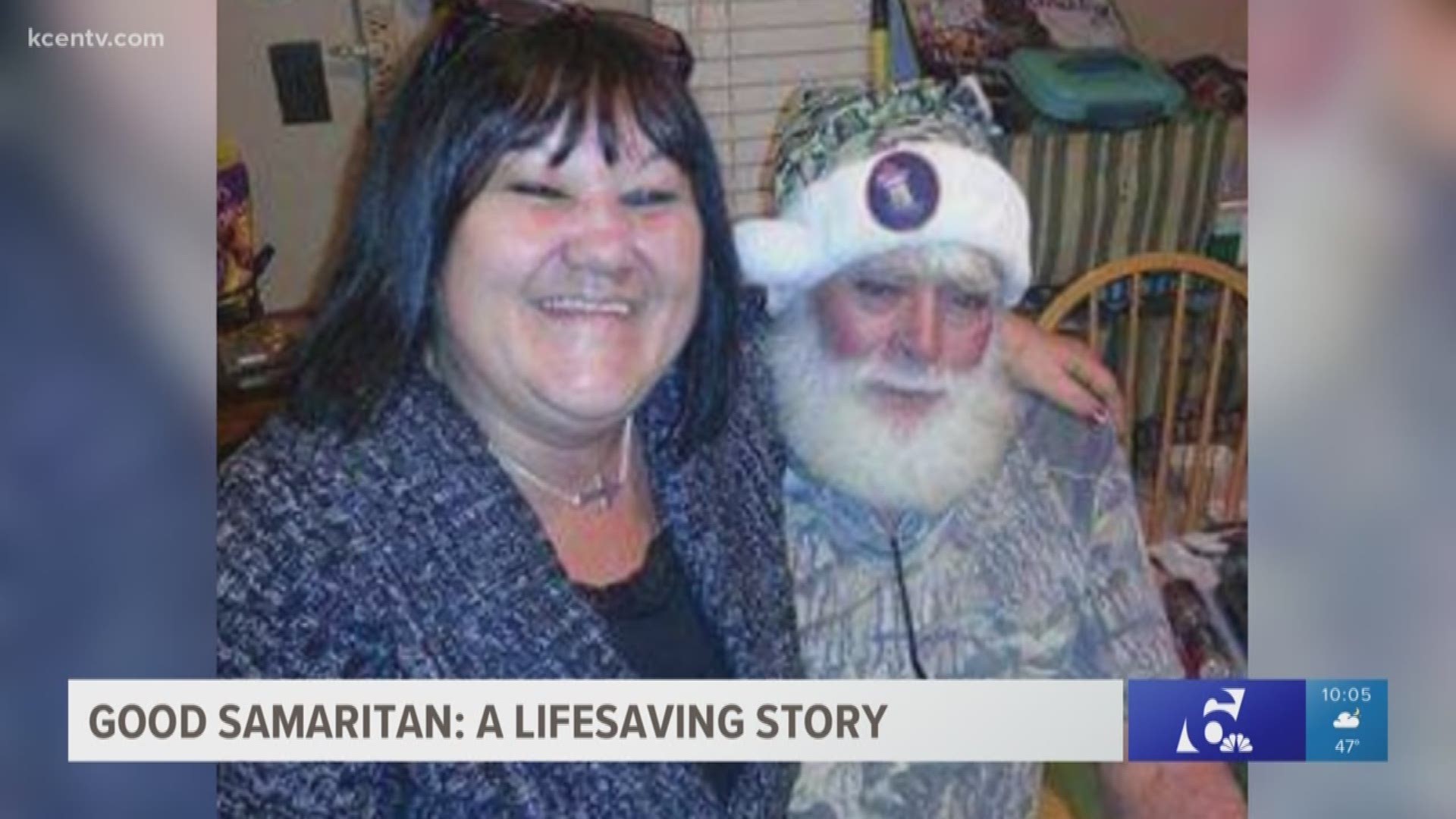 MEXIA, Texas — A Mexia man is recovering in the hospital after a good Samaritan saved his life using CPR on Sunday.

Tammy Smith Miller is Ronnie Miller's wife, and she says this was all about being in the right place at the right time.

She says without the help of a complete stranger, there could've been a very different ending to this story.

"We could be planning a funeral, and we very well would have if he hadn't been somewhere that somebody helped him," she said.

The Millers were grabbing burgers from Charlie Allen's on Sunday. Then, Ronnie Miller suddenly collapsed in the parking lot, Tammy Miller jumped into action, but needed help.

"He looked over at my brother and started telling him he was dizzy and he just collapsed," Tammy Miller said.

"I'm already doing compressions and I'm screaming 'does anybody know CPR?'" She said. "I've had two or three people come up to me and say 'no' and he slung his door open and says 'I do!'"

Deldrick Hobbs was the man who saved her husband's life.

"I'm just glad that I was there to help somebody in a time of need and it really, really changed my life," Hobbs said.

Hobbs also came to Charlie Allen's for a bite to eat, and he was stopped at the light on the corner when he saw Ronnie Miller on the ground.

"I mean, he saved him that day," Tammy Miller said. "The doctors told us in the emergency room that if CPR hadn't have been performed that he would have died right then and there."

Both Hobbs and Tammy Miller said it was a right place, right time situation.

"I told her 'you know just to be there at that time, I feel like the Lord put me there for a reason,'" Hobbs said.

"It just all fell together, it really did," Tammy Miller said. "God sent the right person at the right time."

Although they never got the chance to eat, Hobbs and the Millers gained a special bond in that parking lot outside Charlie Allen's.

"I mean, it just... It touched my heart because you hear so many bad things in the world, and it's good to hear there are still good people out there," Tammy Miller said.