Abbott made the announcement at an April 13 media briefing. 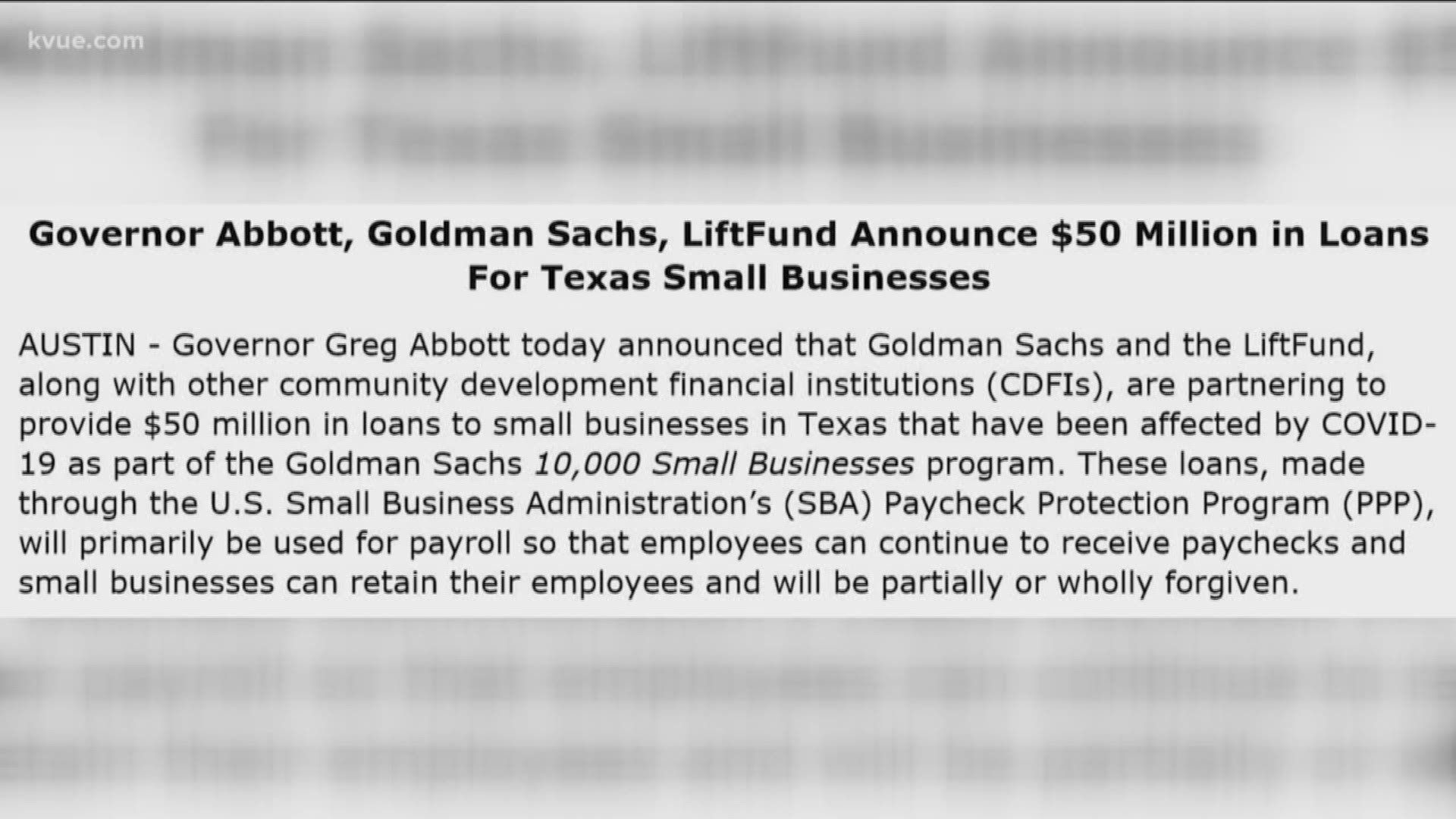 AUSTIN, Texas — Goldman Sachs and the LiftFund are helping Texas provide $50 million in loans to small businesses to help during the COVID-19 pandemic, Gov. Greg Abbott announced at a press conference on April 13.

Abbott said that $25 million of these loans come from a partnership between Goldman Sachs and LiftFund.

At the media briefing, the governor was joined by Janie Barrera, president and CEO of LiftFund. LiftFund is an organization with public and private partnerships to assist small businesses. John Waldron, president and COO of investment bank Goldman Sachs, also spoke at the press conference.

Gov. Greg Abbott says reopening businesses in Texas must include strategies to not spread coronavirus

Waldron said the funds will be distributed in Texas through the Payroll Protection Program. Waldron also said the loans are designed to be partially, or entirely, forgiven if specific criteria are met.

According to Barrera, applications for the program will be going live on April 13 at www.liftfund.com.

Additionally, Gov. Abbott said plans and strategies to safely reopen Texas businesses will be laid out later this week.

A few days prior to this announcement, Abbott said an executive order regarding plans to reopen Texas businesses is expected to come sometime this week. He didn't offer additional details on the executive order but said the state was focusing on protecting lives while also restoring livelihoods.