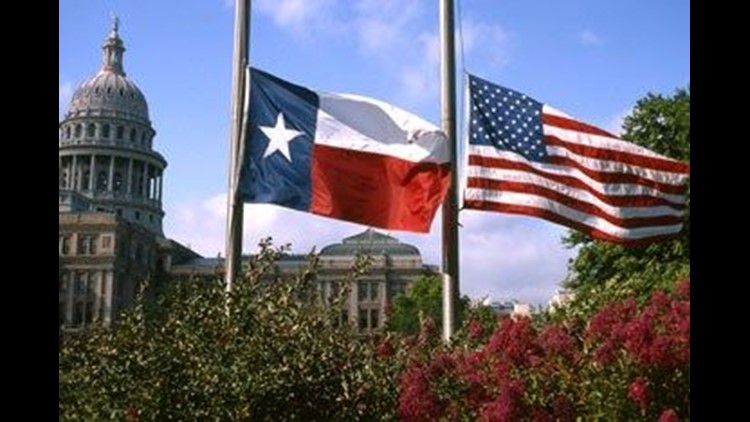 AUSTIN, Texas — Texas Governor Greg Abbott has issued a declaration to lower all flags to half-staff in wake of the tragic shootings in the Midland-Odessa area on Saturday.

Gov. Abbott issued the order just before 11 p.m. on Saturday.

"Midland-Odessa was stuck by a senseless and cowardly act today," the order stated. "Our hearts go out to the victims of this horrific shooting and to both communities in this time of loss. As such, it is fitting that flags should be lowered immediately to half-staff in memory of those who lost their lives."

Flags should remain at half-staff through sunset on Thursday, September 5, and return to full-staff on Friday.

Seven people have been confirmed dead as of Sunday morning in what police have called a random act of violence that started with a traffic stop in Midland Saturday. The identities of the victims have not been officially released by authorities.