What does the new election integrity law do in Texas?

The governor was joined at the Plaza Tower by Sen. Bryan Hughes, Lt. Gov. Dan Patrick and Rep. Andrew Murr as he signed the controversial 76-page bill into law. 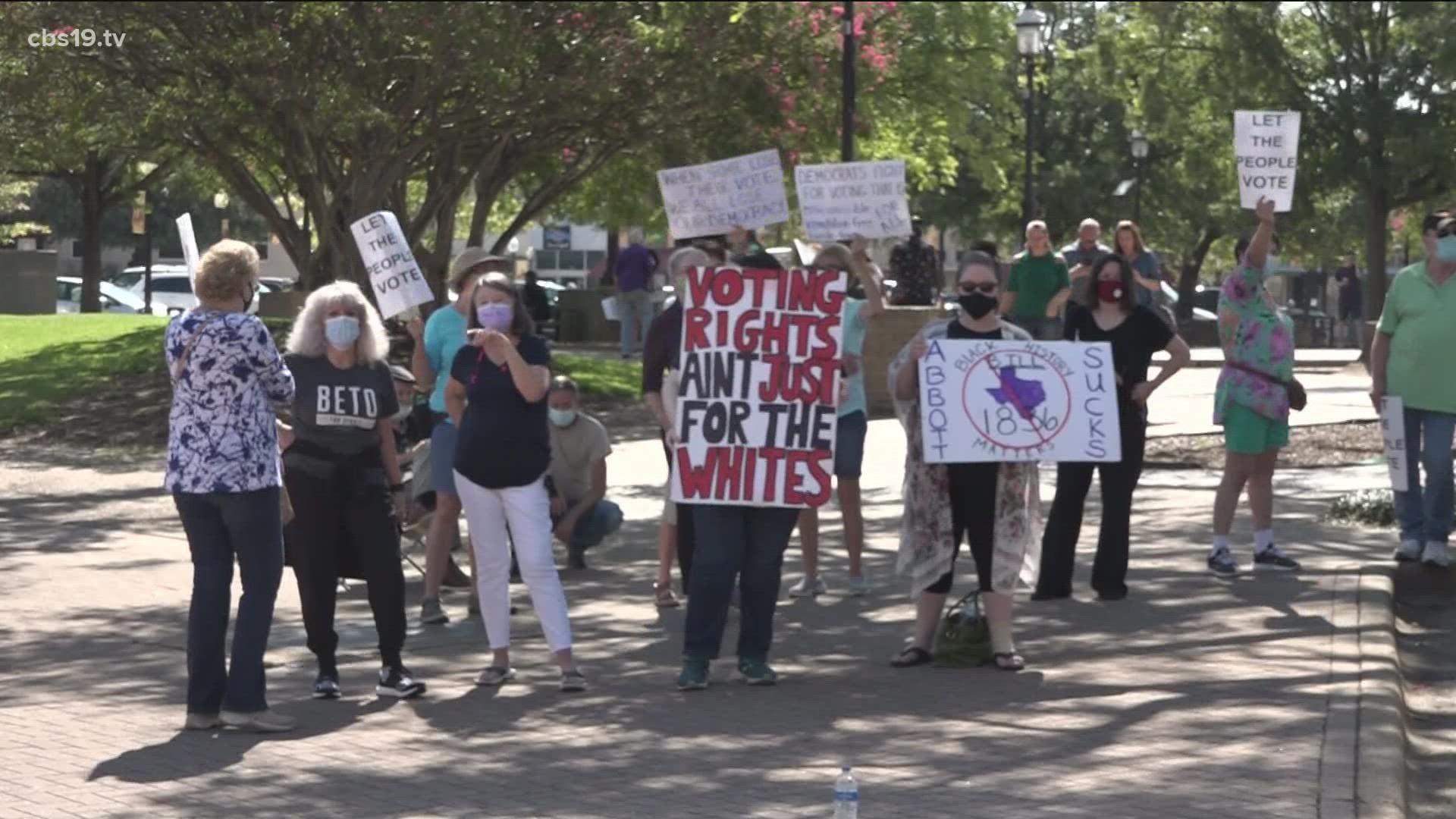 TYLER, Texas — Gov. Greg Abbott was in the Rose City Monday to sign Senate Bill 1, also known as the Election Integrity Protection Act of 2021, into law.

The governor was joined at the Plaza Tower Atrium by Sen. Bryan Hughes, Lt. Gov. Dan Patrick and Rep. Andrew Murr as he signed the controversial 76-page bill.

"The Texas law, it does make it easier than ever before for anybody to go cast a ballot, [and it] does also make sure that it is harder for people to cheat," Abbott said.

The bill was brought forth partly due to former President Donald Trump's unfounded claims the 2020 presidential election was stolen. The legislation even caused House Democrats to go to Washington, D.C., to break quorum ahead of the vote.

Although Sen. Hughes, the bill's author, says the law would put an end to illegal voting and ballot harvesting in the state, some say it is discriminatory —  even comparing it to Jim Crow.

"Texas Republicans are committed to perpetuating the hoax that voters, people like you and me, are somehow illegally interfering with elections in an illegal way," said Dr. Nancy Nichols, State Democratic Executive Committee (SDEC) Senate District 1 Committeewoman. "Today, Governor Abbott is here in Tyler to sign Senate Bill 1 – the Jim Crow Voter Suppression Bill with the goal to restrict the right of Americans to vote. This is a racist, anti-democracy bill. It casts Texas as the hardest state in the country to vote in." 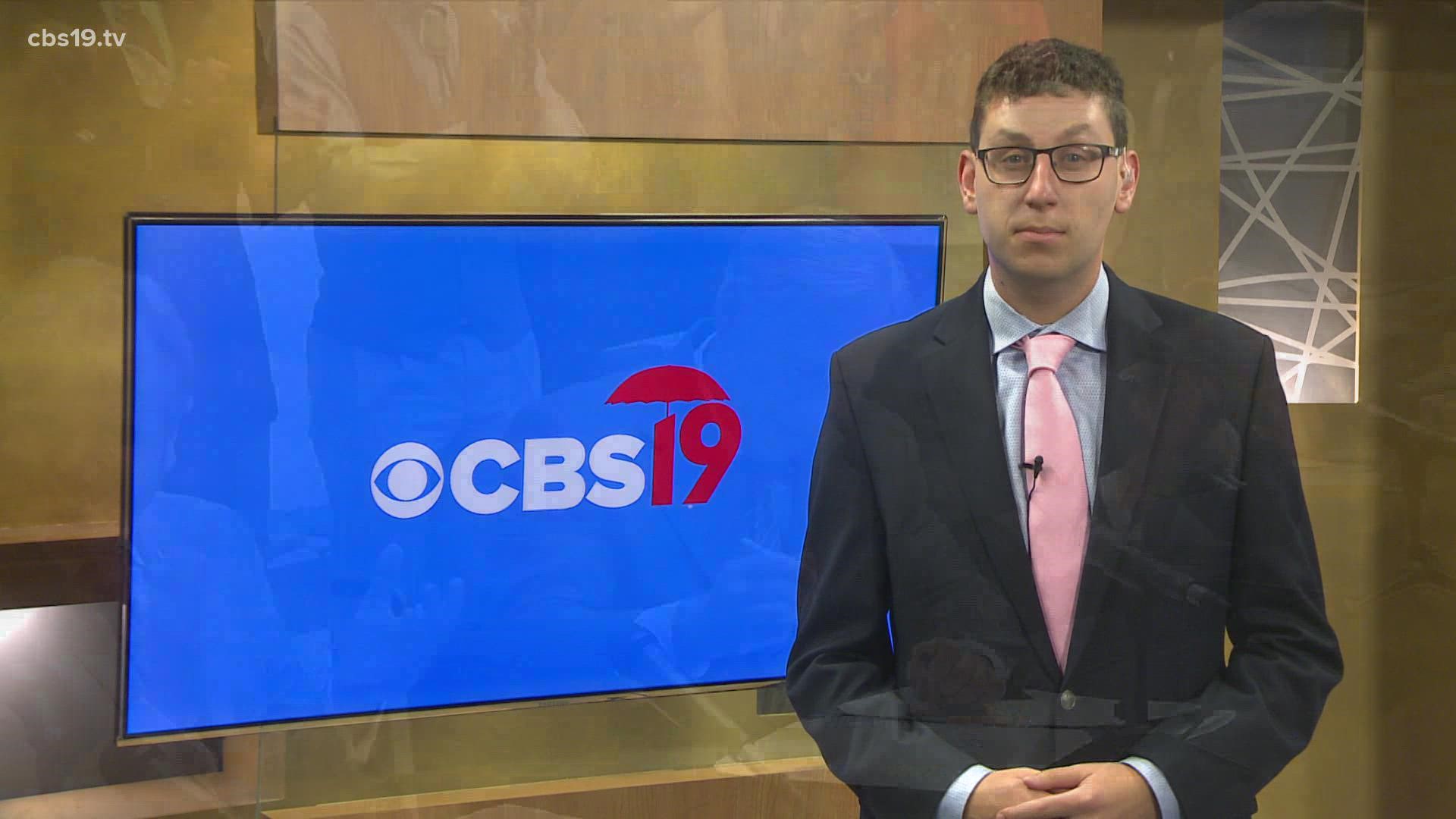 The American Civil Liberties Union (ACLU) says the bill's restrictions disproportionately target voters of color, voters with disabilities, voters who do not speak English as their first language and older voters.

"Texans of all backgrounds and pro-voter lawmakers have fought tooth and nail for months against Texas’ voter suppression law," said Tommy Buser-Clancy, senior staff attorney at the ACLU of Texas. "SB 1 will make it harder and scarier to vote and to run elections, especially for communities of color and voters with disabilities. If lawmakers had listened, they would know that Texans want voting to be easy and accessible. The stroke of a pen can’t silence the will of the people. The ACLU of Texas will continue to fight using all available tools for a democracy that works for all of us."

Below are some highlights on what the law will do:

Early voters can have access to the polls from 6 a.m. - 10 p.m. The new legislation also requires counties with a population of 55,000 or greater to offer at least 12 hours of early voting each day during the second week of early voting. That’s for state elections.

For local elections, the bill increases required early voting hours from 8 to 9 each day.

Local elections officials can now face felony charges if they send unsolicited mail-in ballot applications to voters. It’s still OK for political parties to do so, though.

Those who do want to vote-by-mail must now provide their driver’s license number or the last four digits of their Social Security number when they’re applying for a mail-in ballot and when they send it back in.

Anyone who’s helping someone fill out their ballot will now have to complete paperwork documenting their relationship to the voter.

Partisan poll watchers will have to have training. They can also be kicked out if they violate the state Penal Code.

But the law also gives them “free movement within a polling place,” just not at a voting station where a voter is actively filling out his or her ballot.

It’s also illegal to obstruct a poll watcher’s view “in a manner that would make observation not reasonably effective.”

Each month, the Texas Secretary of State’s Office is required to run its voter registration list against DPS’s database to remove anyone who is not a U.S. citizen.