In the waters of the North Oconee River, two brothers uncovered a veritable underwater museum of weaponry they believe extends from recent years back to the 1800s. 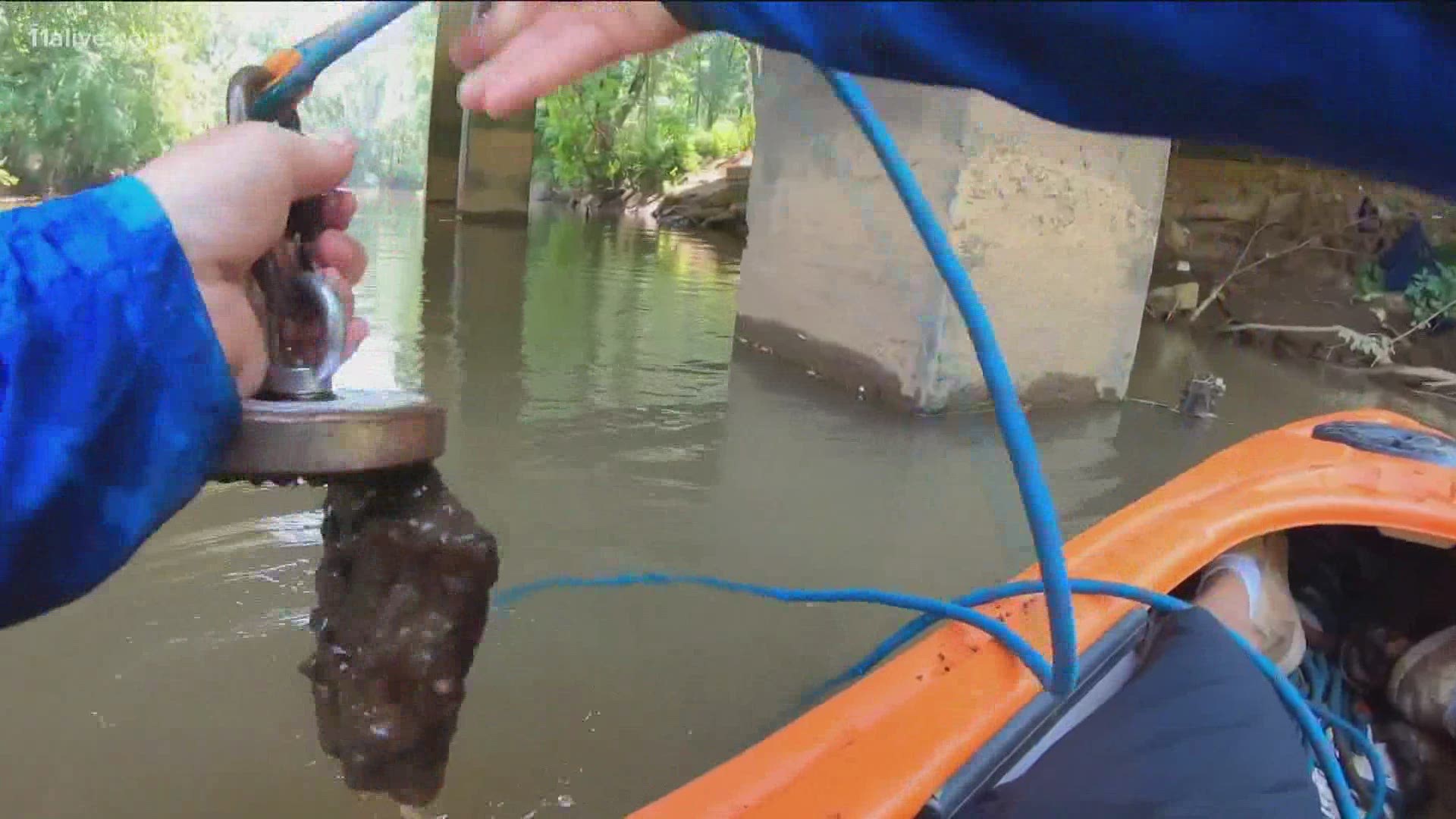 ATHENS, Ga. — Authorities – and the internet, in general – are now working to figure out how dozens of guns end up in a Georgia lake following a bizarre discovery by two brothers.

Things changed quickly for Adam Cowart when he was let go at work. Then, they changed drastically again when he began an interesting hobby.

“I went from a seven to twelve-hour workday a week - to nothing,” Adam said.

When he was laid off due to the pandemic, he took up magnet fishing with his brother Jacob. It's like fishing, but instead of a rod, they use a lever with a large magnet to uncover metal objects the water.

OTHER NEWS: TMZ: Tyler Perry is building a new mega estate outside Atlanta

In all, they’ve scouted 180 different spots around Georgia. But their most interesting find was near Athens on the North Oconee River where there are rumors of an alleged robbery years ago.

“The first gun comes out and I was like, 'uh oh',” Adam said. “And then I call my brother and he comes out with me the next day. He found three or four and I found five or six more.

Over the course of a few days in the murky waters, they discovered 30 guns. The styles span decades, including what they believe is a TEC-9 or an Uzi

“In the beginning, it was a bit more modern guns - 80s, 90s-type pistols. Then it went back to just old revolvers,” Adam said. “Some are probably even from the 1800s.”

The Cowart brothers are now the talk of many towns across Georgia.

“Overwhelmed with excitement and disbelief of what we found," Jacob said. “The magnitude of guns we pulled out was unbelievable."

Athens-Clarke County Police said their investigators and Bureau of Alcohol, Tobacco, Firearms, and Explosives (ATF) agents will process each gun recovered to see if they are connected to any crimes. They also want to point out that it's not only dangerous to toss a firearm into a body of water, it's also illegal.