Handler orders detective to shoot K9 during attack in Waco

A police dog was killed after attacking its officer Friday afternoon. The incident happened while officers were trying to serve a warrant in Waco. 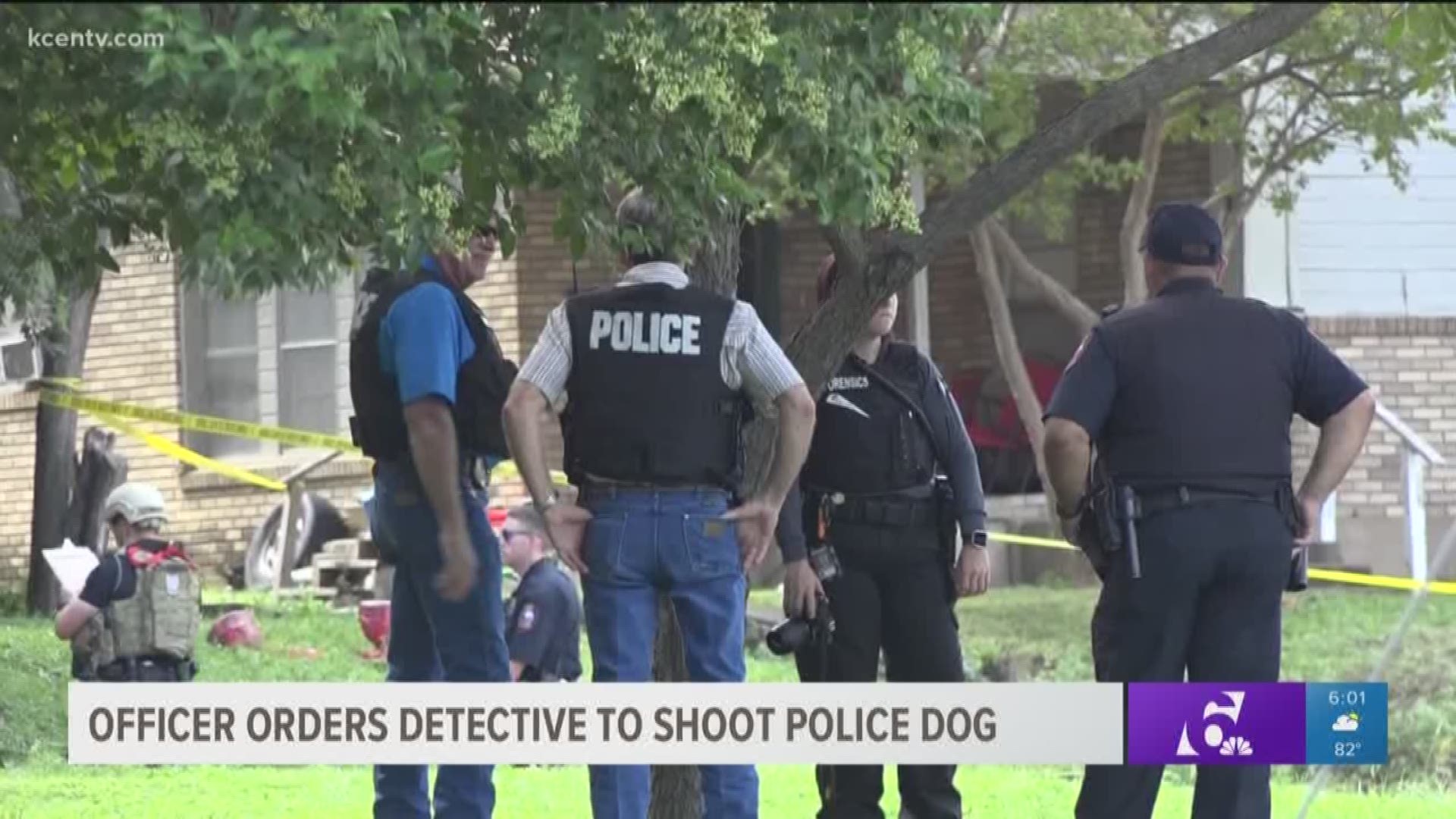 WACO, Texas — An officer shot a K9 Friday in Waco after the dog turned on its handler, police said.

Waco police and other officers were serving a warrant at a home in the 2000 block of Seneca when the officer's K9 turned on him and attacked him, investigators said.

MORE: 'They had guns pointed dead at me': Waco woman caught in middle of 2-hour standoff

The 2-year-old K9, Kastor, turned on its handler, Officer Micheal Bucher and bit his thigh as they made entry into the home where the warrant was being served, police said. It is unknown what caused the dog to attack, police said.

Retired Midland police officer Ed Nicks, who has trained police dogs for more than 30 years, said that without having a video of the incident its hard to say why the dog turned on the officer

Nicks said that even though K9s are highly trained, there are certain situations that will cause them to attack.

"If he gets the dog all wild up, and gets out and holds the dog to where the dog can't do it, the dog sometimes goes, 'well if I can't do that I'll do this," Nicks said. "But that is usually a bite and a release. "It could be bad training. It could be that the handler was too hard on the dog."

According to police, Bucher gave commands for Kastor to stop attacking as Waco Detective Eric Trojanowski tried to physically pull the dog away. When the attempts were unsuccessful, Bucher instructed Trojanowski to put Kastor down to stop the attack, police said.

Kastor died at the scene.

Police said it appears that the officers acted appropriately during the incident.

"Our intent is to conduct a complete and thorough review of the entire incident and our K-9 program. The review is ongoing. This was a tragedy for all involved and we want to ensure everything possible is done to keep this from ever occurring again," a news release said.

Bucher was taken to a hospital and treated for his injuries.

The warrant was not served immediately after the attack, according to police.

A SWAT team was later called the home where officers were serving the warrant.

It is unclear what prompted SWAT to be called.

After a 2-hour standoff, the suspect got away, police said.