Another rally was held Friday in a continued push to get answers about the disappearance of Vanessa Guillen. 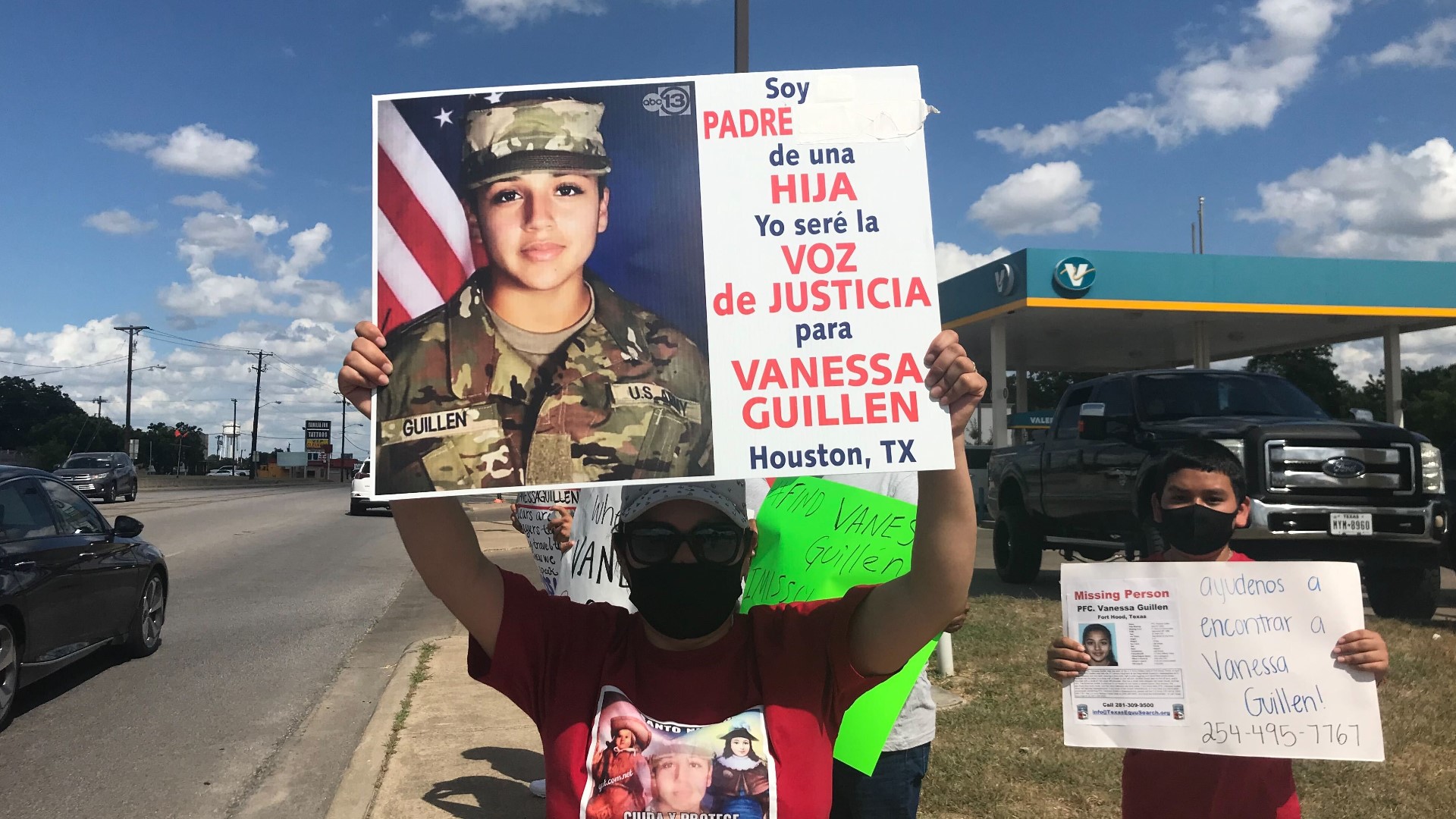 KILLEEN, Texas — Family and friends were expected to gather outside Fort Hood at 4 p.m. Friday in the latest rally to get answers about missing Fort Hood soldier Pfc. Vanessa Guillen.

Guillen's family started holding the rallies at Rancier Ave. and Fort Hood St. in May. 6 News will stream it live here and on our Facebook, Twitter and YouTube pages.

Guillen was last seen April 22 between 11:30 a.m. and 12:30 p.m. wearing a black T-shirt in the parking lot of her regimental engineer squadron headquarters on Fort Hood.