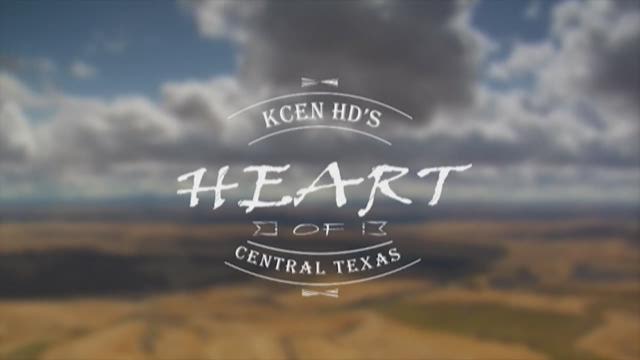 KILLEEN - John Zachary Moehlenbrock or J.Z. as he likes to be called just turned 10-years-old on November 3rd. While most ten year olds would be thrilled at the idea of a huge party with plenty of gifts, J.Z. had other plans.

On the morning of his birthday, J.Z. and his mom Shelly walked in to the Fort Hood Area Habitat for Humanity office in Killeen.

"We figured 'Oh great, some volunteers. We'll give them a volunteer application.That's awesome.' And then they actually explained. J.Z. did all the talking. He asked all his friends from the birthday party to bring cash only. He didn't want toys. He didn't want any other gifts so that he could actually donate to Habitat and that made the rest of the day just sunshine and amazing," said Ken Cates, Executive Director of Fort Hood Area Habitat for Humanity.
It turns out J.Z. is a big fan of Deshaun Watson, quarterback for the Clemson Tigers. Watson grew up in a home built by Habitat for Humanity in Georgia and shared his story of hope with ESPN. As J.Z. watched his hero's story, he knew exactly what he wanted to do.
"That just inspired JZ to see, to understand that not everybody grows up in safe neighborhoods," says Shelly Moehlenbrock, J.Z.'s mother.
It is a family tradition for J.Z. and his sisters to donate to charity on their birthday. This year, J.Z. decided he would give his $70 of birthday money to Habitat for Humanity.
"I wanted to plant a seed and the seed would grow and sprout and other people would start doing it," says J.Z.
It worked. After posting J.Z.'s story on Facebook, others began to give as well. Within two days J.Z.'s $70 turned into $138.
A few days later, J.Z. volunteered to serve lunch at a home under construction in Killeen. His $70 paid for two windows for the home and he hopes more money will be donated to finish the project.
"Instead of getting those kinds of toys that they don't sometimes even play with, they could give to the community and help people that are in need," says J.Z.
If you would like to donate or volunteer with the Fort Hood Area Habitat for Humanity, visit their website http://www.fhahfh.org/home.aspx