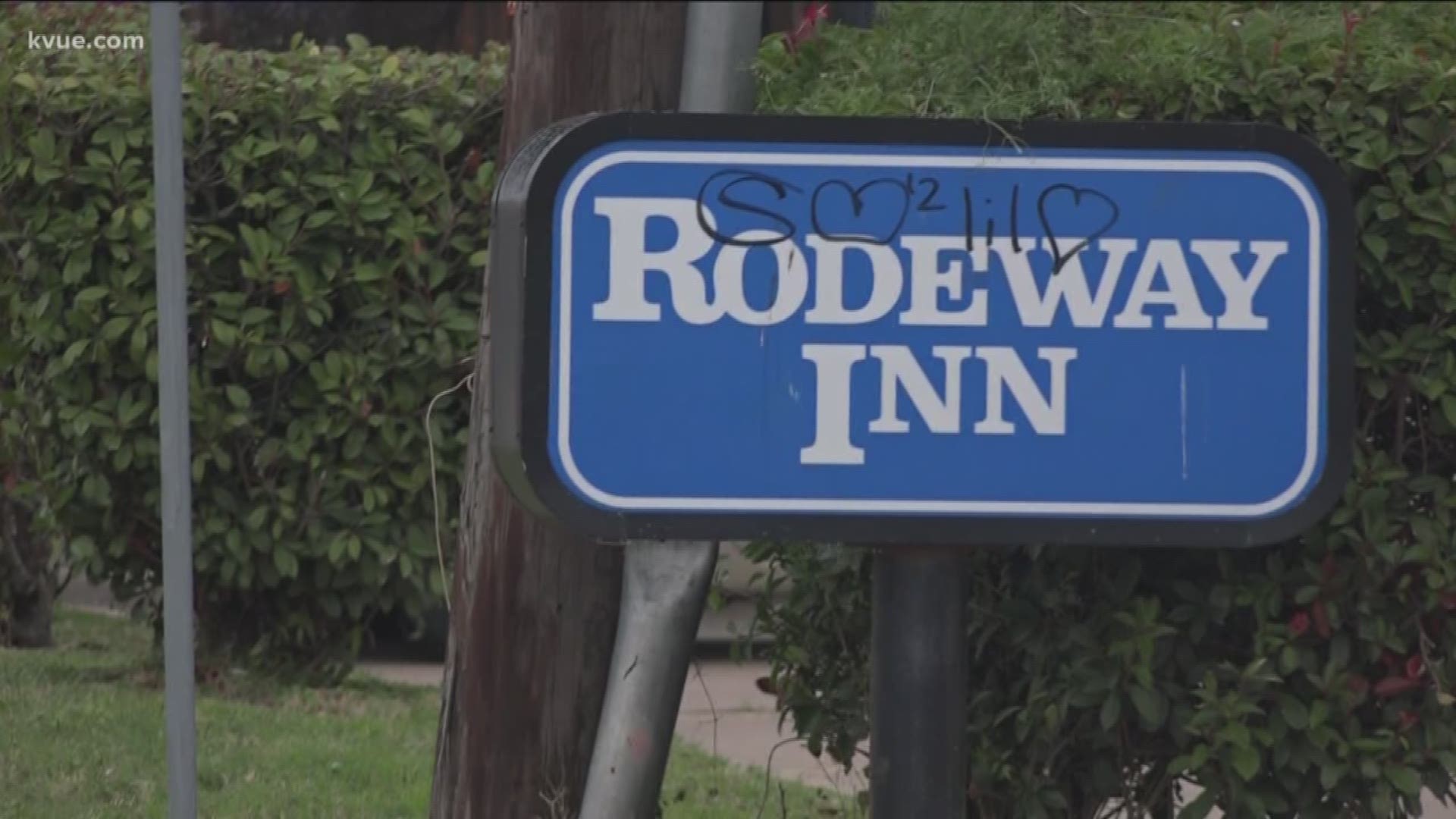 AUSTIN, Texas — On Thursday, the Austin City Council will continue its conversation about purchasing the Rodeway Inn along Interstate Highway 35. Some business owners along that block told KVUE the move is a bad idea, but others see the positive side of it.

Sam Mahesania owns the Chevron gas station next door to the hotel. He said they already have homeless problems, and a hotel would only bring more.

"Homeless people come to our property and ruin our business with customers not coming in ... and harassing our customers and our employees," Mahesania said. "We would get extra security I guess to get them off our property."

Two of the owners of Don's BBQ agree with Mahesania, saying the homeless people in the area are already a problem the block faces.

"Last week we had an incident with one of our workers in the afternoon," Denise Guerrero said. "She starting going off on our employee and threatened her, 'You better be careful leaving tonight because I'll be waiting for you.'"

Donn's BBQ is two properties over from Rodeway Inn. Another two properties from there, the owner of The Good Guys Detailing Company LLC believes creating a hotel for homeless will bring more crime to the area. Andres Perez admits there's already plenty of crime facing the neighborhood and businesses there.

"It's a hub for crime to come in and set their operation here because it's a great source of income for them," Perez said.

Shelter beds in Austin: Are any available?

Perez and Guerrero added that, when it's warm outside, homeless line the block, scaring away customers.

"A couple months ago, we had somebody sleeping on our patio," Guerrero said. "We approached him, said, 'Excuse me sir, we're open. We can't have you here when customers are arriving.' He said he was hungry so we gave him some food and something to drink, and he left."

Workers at other hotels and motels along that strip had mixed reactions to the potential purchase of Rodeway Inn. Some believe it will be a good thing that it could bring jobs to the homeless. One had the idea that the hotel house the homeless and have some, or all, of them work inside the building to make some income.

On the other hand, workers said a homeless problem already exists in the area. They believe this would make it worse and business would suffer.

Each of the business owners want the City to help the homeless, but they think this solution is short-sighted.

"It's not just creating a place for them to gather, but it's creating a program within the community that can solve the bigger issue," Perez said.