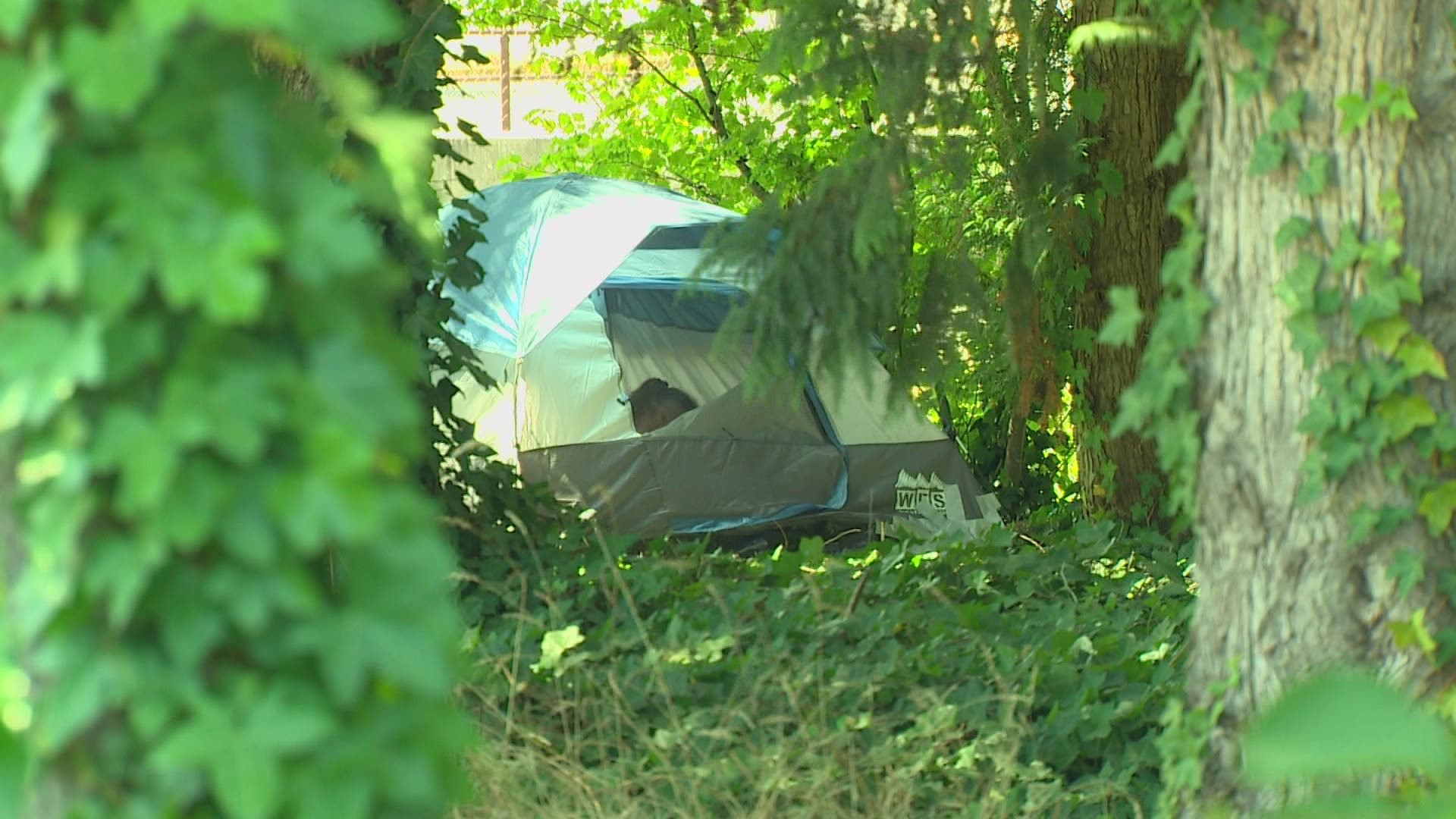 OLYMPIA, Wash. — Washington Transportation Secretary Roger Millar said it’s inhumane to sweep the homeless from encampments along state highways, but state law requires it, said two legislators who secured funds to get the areas cleaned up.

“This is a directive,” said Rep. Andrew Barkis, R-Olympia, “It’s not an option.”

Barkis said he worked with House Transportation Committee Chair Rep. Jake Fey to get more than $5 million for the Department of Transportation (DOT) to work with cities, counties and social service agencies to help get encampment residents placed in permanent housing.

The funding is also supposed to go towards taking steps to prevent the residents from returning to the state property.

During a meeting of the state’s transportation commission Wednesday, Millar said the DOT, working with the Washington State Patrol, said two encampments in Seattle were being cleared because of a criminal matter, a series of nearby rock-throwing incidents.

The department has identified more than 1,400 encampments across the state, either on or near state DOT property.

Millar told commissioners the solution to the homelessness problem is creating more housing instead of removing people from encampments.

“What we can’t do about that is this homeless camp ‘Whack-a-Mole,’ where you clean one up and they move across the street. That just doesn’t work. It’s a waste of resources and frankly, it’s not humane,” Millar said.

Both Barkis and Fey said they were surprised to hear Millar’s stance.

Fey said the residents need to be treated fairly and said clearing out sites was difficult during the pandemic. While DOT won’t be able to clear sites without help from local authorities, Fey said that’s what the money was set aside for.

“I think it's time to get to get in there and work with the agencies to clean these areas up,” Fey said.