Sergio Martinez, Jr. said this is his way of giving back. 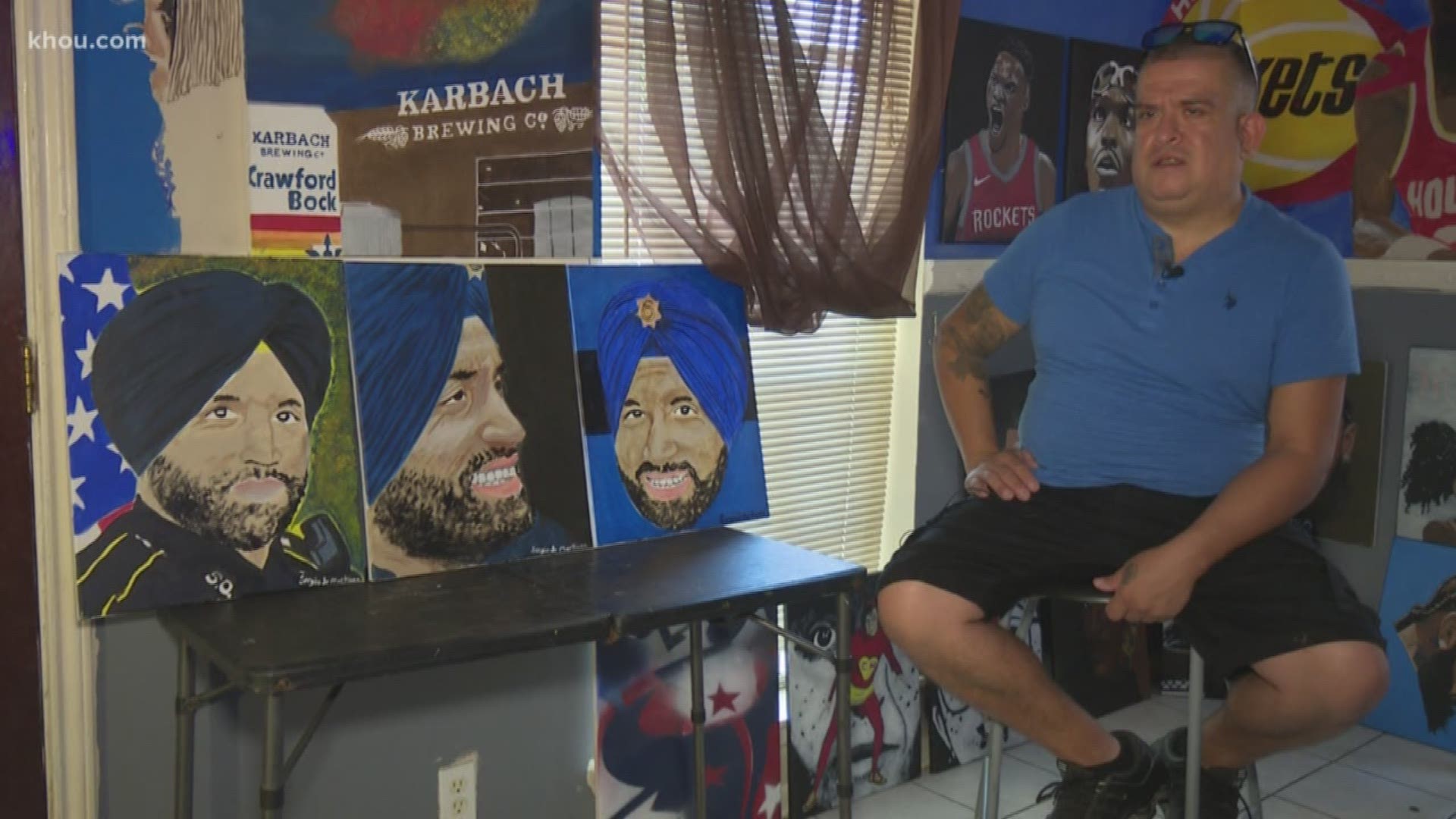 HOUSTON — A Houston artist who went to high school with Deputy Sandeep Dhaliwal is honoring him with paintings.

“I just knew this is my calling for the city,” said Sergio Martinez, Jr. “This is my way of giving back.”

As soon as he heard news of the murder on Friday, Martinez Jr. started painting three portraits of the fallen Harris County Sheriff’s Office deputy. Each portrait took about four hours from start to finish.

“I had to have the American flag because he had America on his back, and now America will be here for him,” said Martinez, referring to his first painting showing the deputy with an American flag in the background.

RELATED: What you need to know about Sikh funerals

It’s a personal project for Martinez, who rediscovered his passion for art about a year earlier following his mother’s death.

The artist went to school with Deputy Dhaliwal at Jersey Village High School, though the two were not close.

“Just brief encounters at the lunch line,” he recalled.

Still, Martinez, Jr.’s brother has served as a Houston police officer for 25 years. The artist would listen to the police dispatch radio nightly when his brother patrolled.

“Police are the backbone of the city,” said Martinez. “Without them, it’s ‘Purge’ every night.”

RELATED: Deputy Dhaliwal honored at National Night Out event he helped organize days before he was killed

Martinez, Jr. said he is donating the American flag portrait to Dhaliwal’s partner, who he saw at the Chick-fil-a memorial.

“She really loved his profile of this one, his face, full face,” said Martinez, referring to a frontal portrait of the deputy with a blue and black background. “So, this one’s gonna be going to his sister.”

Martinez says HCSO approached him about putting a painting in their department. He plans to give them the third painting, showing a side profile of the deputy in front of a dark background, or he will paint another portrait.

Martinez Jr. says he’ll also donate a painting to Sheriff Ed Gonzalez and is willing to do the same for others with close ties with Deputy Dhaliwal.