"Every major fire provides a teachable moment for people to pay attention to fire safety when sometimes it is overlooked," said Jeffery Shapiro, P.E., FSFPE. 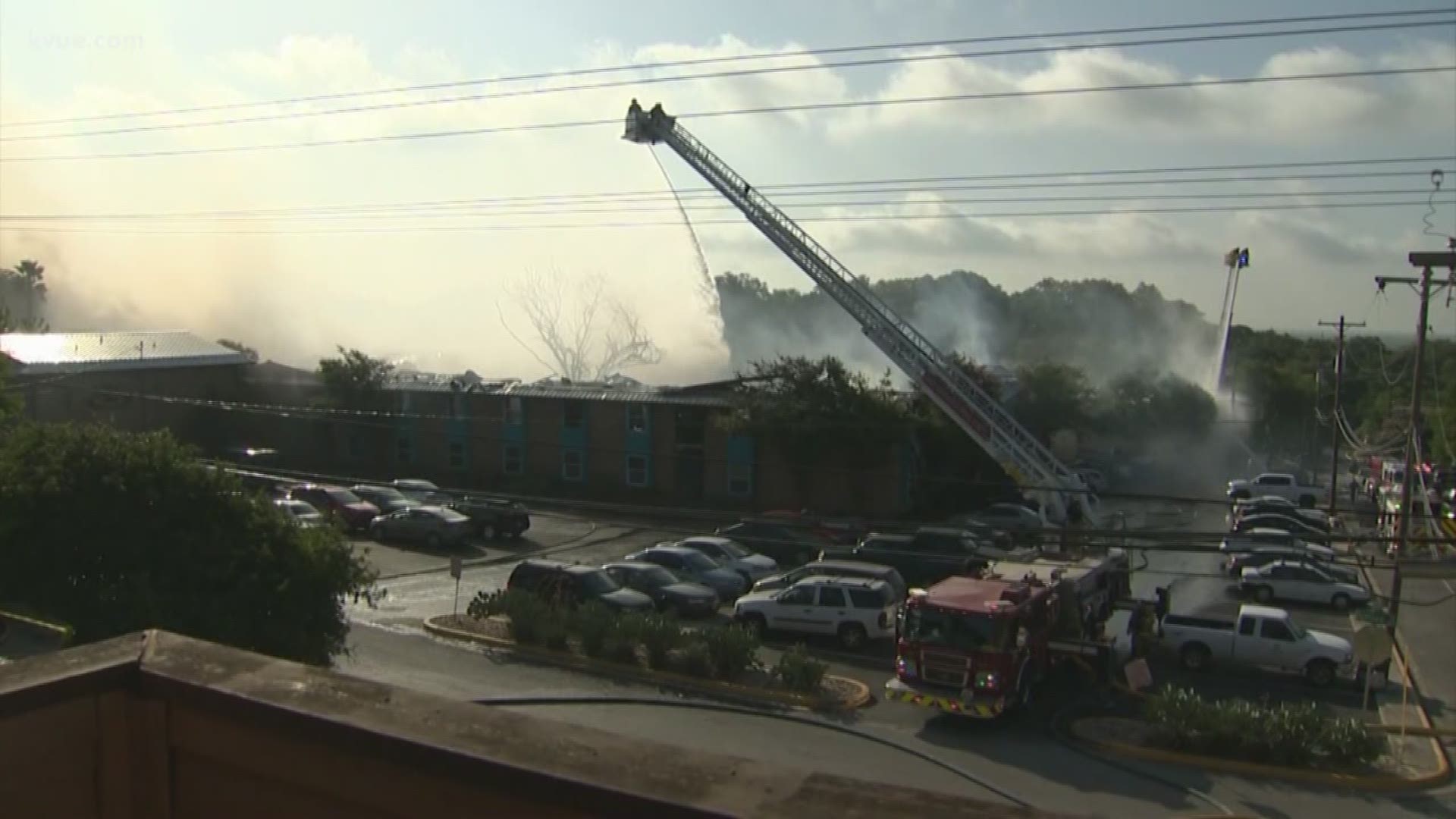 After a fatal fire ripped through their complex, managers at the Iconic Village in San Marcos said smoke alarms are in each bedroom and all hallways.

Fire extinguishers are outside between units, as well, the managers added.

“Every major fire provides a teachable moment for people to pay attention to fire safety when it sometimes is overlooked,” said Jeffery Shapiro, P.E., FSFPE.

Shapiro is a fire protection engineer and the President of International Code Consultants.

The KVUE Defenders asked Shapiro if a fire suppression system should have been installed in the complex.

“There is no legal requirement that any apartment or apartment complex in the state of Texas would have to retrofit a fire sprinkler system into an existing building, unless the building was undergoing a major structural type renovation, and that tends to be pretty unusual in apartment. They usually go through cosmetic reservations, but rarely do they go through major overhauls,” said Shapiro

It’s also not affordable, he says.

“Unfortunately, the existing buildings that the water supply go into is typically insufficient to be able to supply a fire sprinkler system. It’s not just them putting out the pipe and the sprinklers in the building. You have to have this sufficient water supply and very often you just don’t have the underground infrastructure,” said Shapiro.

This comes from a man who installed sprinklers in his own home and has been a big factor in getting codes for new construction requiring sprinklers.

His efforts paved way for sprinklers to be installed in Austin’s Habitat for Humanity homes.

But the Iconic Village buildings date back to 1970.

In an email to the Defenders, managers at Iconic Village said:

“Every unit at Iconic Village has at least one smoke detector (alarm), dependent on floor plan:

One bedroom – one detector in bedroom, one in adjoining hallway

Two bedroom – one detector per bedroom, one in adjoining hallway

Three bedroom – one detector per bedroom, one in adjoining hallway or hallways

Every smoke detector in every unit is inspected on a regular basis. During these inspections, the maintenance team tests the functionality of every detector. If necessary, new detectors are installed. As part of this process, new batteries are placed in any detector where a battery has been removed or the battery level is low.

“If it was enough, people would not of died in this fire,” said Shapiro.

Some of those who lived in the complex told KVUE they never heard the alarms.

“Unless smoke reaches that smoke alarm, it will not sound. So, if you were in an apartment or a building is on fire but smoke has not entered your unit yet, you were not going to get any kind of indication,” said Shapiro.

Shapiro recommends anyone on a second story to purchase escape ladders.

For more information on how keep fire safety in mind when choosing an apartment, Shapiro recommended these websites and resources: