$1M in repairs coming to the Corpus Christi Seawall

City Council approved the funds for a project that will enhance the entire length of the seawall. 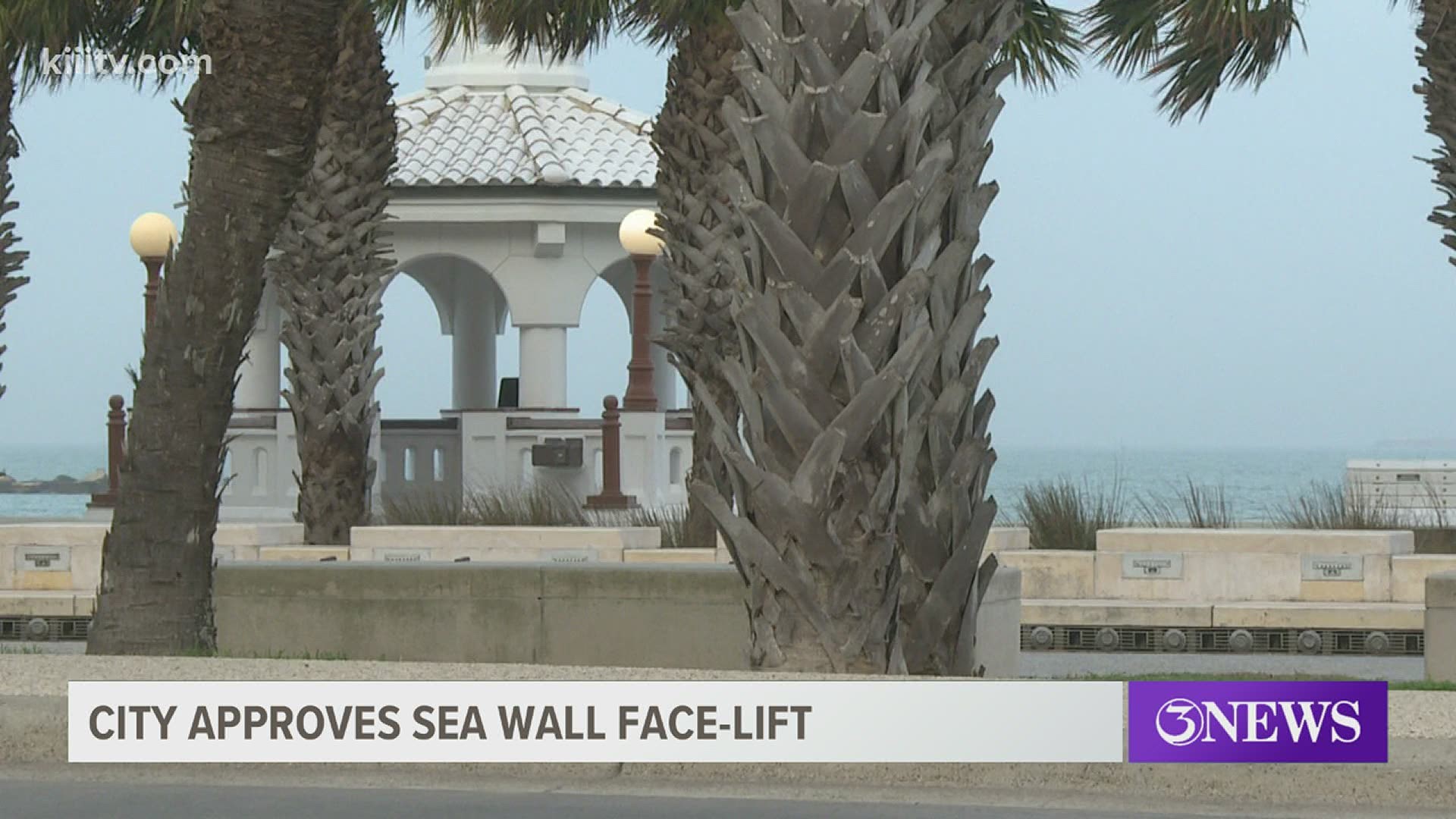 CORPUS CHRISTI, Texas — A major component of the downtown area will be getting a million dollar face lift. City council has approved plans to strengthen and improve facilities along the seawall.

"Cities in California and cities in Florida like San Diego and Carmel and Fort Lauderdale, they all have really well developed water fronts so part of this work will enable us to really elevate our sea wall," according to Alyssa Barrera-Mason, the executive director of the Downtown Management District.  "It's already very highly utilized in traffic. Our downtown tourist numbers are even above pre pandemic numbers so we're blowing 20-19 out of the water and with that comes more activity on the sea wall."

The project is using type "A" funds which represents a one eighth cent sales tax earmarked for tourist related projects.
Director of city engineering, Jeff Edmonds, says there are lots of examples of the kind of work expected this summer. "It's a reinforced concrete structure and over time it experiences various distresses. You have cracking, you have spalls. And you have joints that fail and those tend to progressively get worse if you don't address them."

Edmonds says these breakdowns are obvious and include cracks in the walls and steps up and down the sea wall and the facelift will include replacements of broken fixtures like drinking fountains and repairs to the miradoors.

The sea wall, built in the 40's, actually protects the more than 400 million dollars in downtown property values and has protected the area through hurricane Harvey and hurricane Hanna.

Edmonds says, "Additionally it's going to give it a good cleaning, some cosmetic issues. It's going to repaint the top step which is painted white. We will clean it up with a power wash. Also there's missing water fountains out there, the Miradoors."

Edmonds says a contract should be awarded in the next few months and the work is expected to take six months which means the project could be finished by the end of the year.

The project will also repair eight mirador concrete structures, including the Selena memorial.

Work is scheduled to begin in April and be finished by the fall.

This project will perform the maintenance repairs to the seawall which is approximately 9,300 feet. Most repairs are minor and consistent with routine maintenance of concrete marine structures, city officials said.

From the City of Corpus Christi:

The Corpus Christi Seawall was originally constructed from 1939 to 1942. With the initiation of the Seawall Maintenance sales and use tax, a major project to repair the Seawall was completed in 2007 to address structural deterioration that had accumulated since the original construction.

Those projects had a total cost of $43.4 million and were intended to extend the economic life by at least 50 years. This project is intended to address minor maintenance issues and prevent more rapid deterioration.