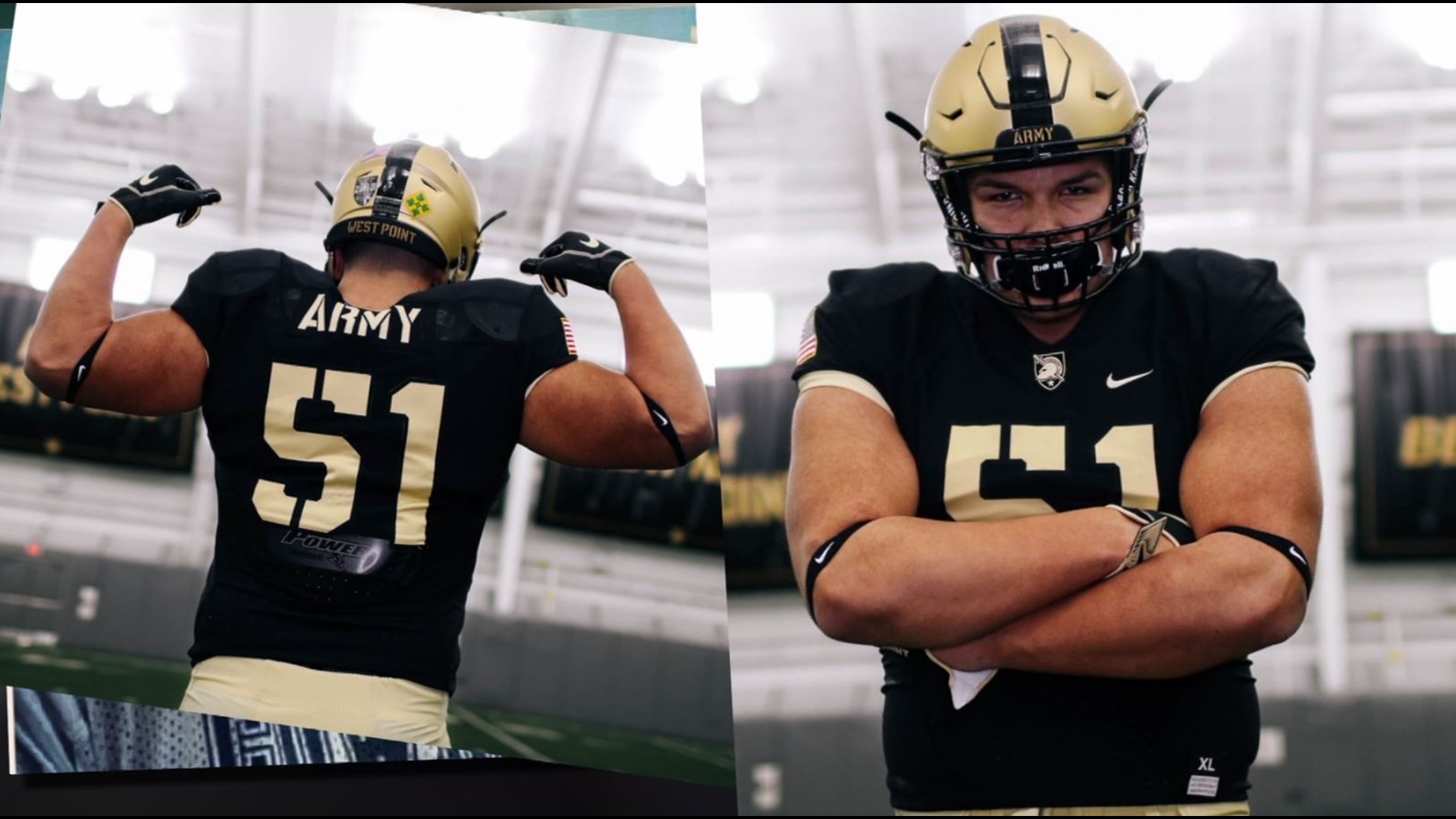 "It's pretty fantastic to be honest. (I) woke up feeling like recruitment is finally over and I finally have somewhere to go in life," Luna said.

The gymnasium at Ellison was full Wednesday morning with friends, families, peers and coaches. All of them waiting for a chance to hug the newly-minted West Point Golden Knight.

"I am so proud of Kaleb," Luna's mother, Chrystal Lamere said. "He said when he was seven years old, he was going to play for the Army."

Lamere admitted she thought it was a little boy phase he was going through when he said that. She didn't really want him to join the Army but wasn't going to stop him.

"My Mom didn't want me or my brother to join the military," Kaleb said. "This is the best opportunity for me to do to support my family, my friends and my loved ones."

Kaleb said it's also about following in the footsteps of the men that came before him. His dad, grandpa and great-grandpa.

"I come from a long line of fighters in the military. My dad was in the Army," he said. "It kind of feels like an obligation for me to fulfill, you know, like a family legacy that's been passed down."

Kaleb, who has played football since he was a little boy, said he has so many people to thank for putting him in this position today.

"My teammates, my coaches, everyone that's supported me in this life, they always allowed me to push forward towards things and be better than myself and to strive for greater things in life and this is that thing," Luna said.

West Point Academy wasn't the only program after Kaleb, however.

"He got a lot of opportunities to visit other colleges and then when he got that West Point one, you know it lit up his face," Lamere said. "He's usually pretty stern with his emotions and that day I saw some emotions cross his face."

Among the well-wishes, handshakes, hugs and friends that Kaleb said helped him get to this point, some tears were shed as he realized a dream he pushed for since he was little came true.

"I want to leave a legacy that freedom isn't, you know, free and that everything is bought and paid for by men and women throughout the United States," he said. "This is my obligation."