It's been 5 years since Missy Bevers was killed in a Midlothian church, her family and police remain hopeful

Missy Bevers was killed while preparing to teach a fitness class in Midlothian. Police and family talk about the latest in the case with WFAA. 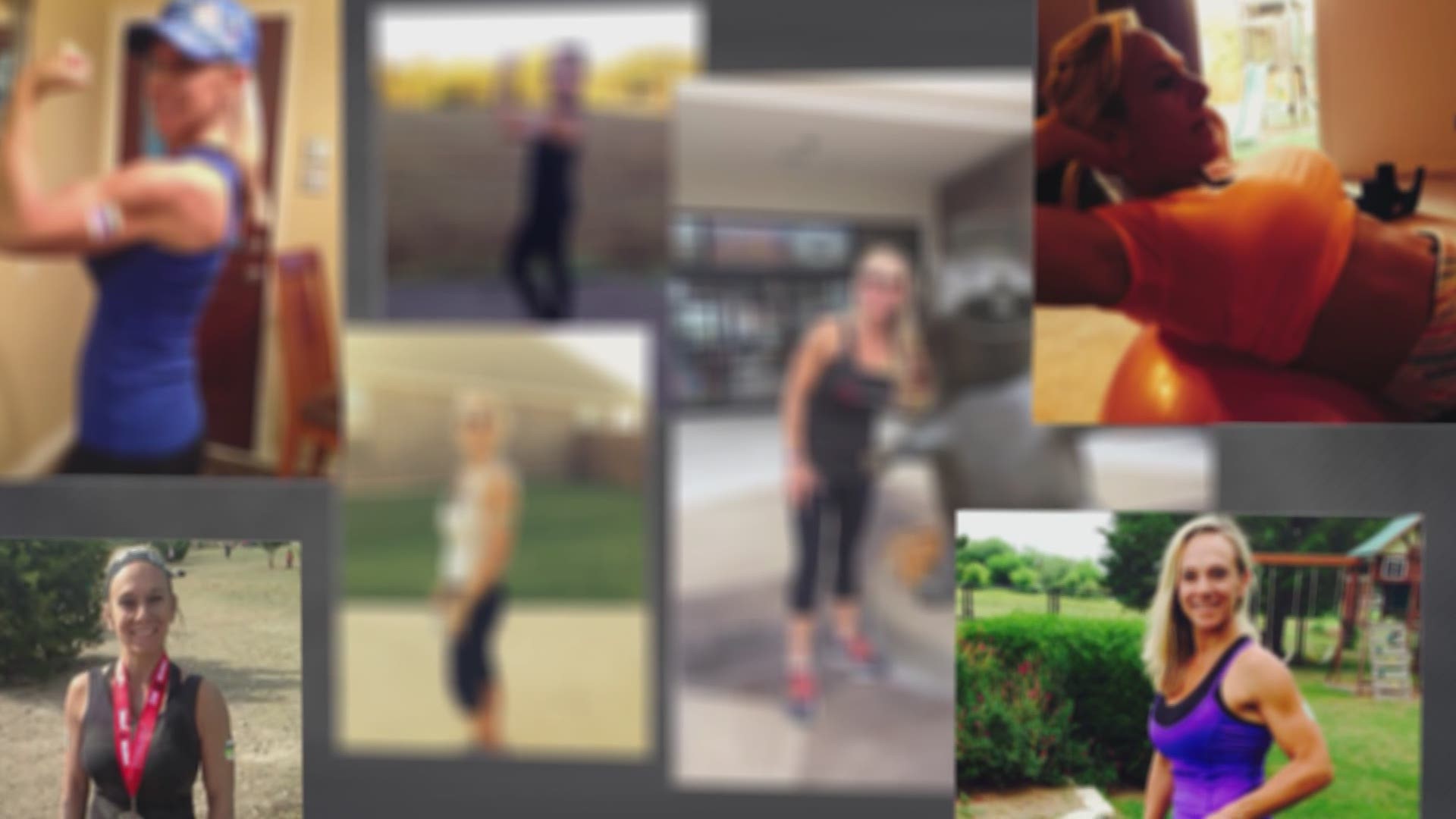 “Having this be prolonged, it’s been very difficult for us and the kids and Missy’s family in particular,” said Bevers.

On April 19, 2016, Brandon’s wife and mother of his three daughters, Missy Bevers arrived at the Creekside Church in Midlothian around 4:30 a.m. to prepare for a Camp Gladiator class.

Brandon was on an annual fishing trip in Biloxi Mississippi when he got a call from one of Missy’ students who was at the church.

“He told me Missy is no longer with us. I didn’t know,” said Bevers.

As he made his way back to Texas, police in Midlothian were on scene and were stunned at what was captured on video cameras inside the church.

“It was something we wanted to push out as soon as possible, so we could deal with it up front,” said Smith.

Police wanted the community to take a close look at how the person was dressed and how they walked.

The video went viral and the department was swamped with thousands of tips.

RELATED: Reward for info in Bevers murder doubles to $20K

“Because it grabbed the nation’s interest, it was massive amount of data coming in from incredible sources," said Smith.

Federal, state and local agencies poured over the tips and evidence but none of it has panned out.

“It’s difficult to believe that five years later we have not made an arrest,” said Smith.

Police hoped the video would lead them to the suspect but even to this day, police aren’t able to say if the suspect is a man or a woman.

“At first, I assumed it was a guy, generic painting of the brush with that, but I think it’s a woman. I definitely, I think it’s that,” said Bevers.

“That’s another one that is very difficult because of the clothing, it didn’t accentuate anything,” said Smith.

The video shows the suspect was in the church at least 30 minutes before Missy arrived. At first, it looked like a burglary, but nothing was stolen.

“The fact the person was willing to put in the time to dress up and overcome being on video and those things, tells me there is a little vindictiveness in that,” said Bevers.

But who would want to kill the young mother of three, who by all accounts was loved in the community?

“She was awesome. She was sweet. You could tell she was humble,” said her friend Rene.

At first, Bevers wanted to believe this was a random act but over the years, he has changed his opinion.

“I have flip flopped on this over the years, and I can only offer an opinion based on inside info, and I feel she was targeted," said Bevers.

There have been thousands of tips and police have looked at several persons of interest. In fact, Bevers and his father were investigated.

It’s all taken a toll.

“I’ve been through counseling and treated for PTSD and anxiety, and things like that,” said Bevers.

Police said without a suspect, it’s been hard to come up with a motive or a theory on what happened and why Missy was murdered.

“I will tell you that we have not ruled out or confirmed one path or the other,” said Smith.

The department is still treating this like an active investigation and not a cold case. They’ve hired new detectives to take a fresh look at the evidence and re-interviewed witnesses. They’ve traveled out of the state and out of the country to do some interviews.

Meanwhile, one of Missy’s former co-workers, Renea started a podcast a year ago called "True Crime Broads" to keep the case in the public eye.

“I think fresh eyes is always helpful. Sometimes, you can look at something so long that it makes you cross-eyed and dizzy. Someone else can come along and says it’s there,” said Renea.

But with little evidence will there ever be justice for Missy?

WFAA asked, “Do you think it will be solved?"

“We are very positive we will solve the case,” said Smith.

As time goes on, Bevers said he holds on to the memories and still has the last message Missy left on his phone the night before she was killed.

WFAA asked, “Does it comfort you?"

"It does, because you hear it. It embodies her personality, and that’s what I remember the most,” said Bevers.

Police said they have released most of the information but said there is some evidence they are protecting, because it could help them later down the road when an arrest is made.

Police, her family and friends said they will never forget Missy. They promise to keep a billboard up in Ellis County, seeking information until the person who did this is caught. They believe someone out there knows who the killer is and they are just one tip away from catching them.