Jenna Bush Hager speaks about how she applies her southern roots to her new lifestyle in the Big Apple. 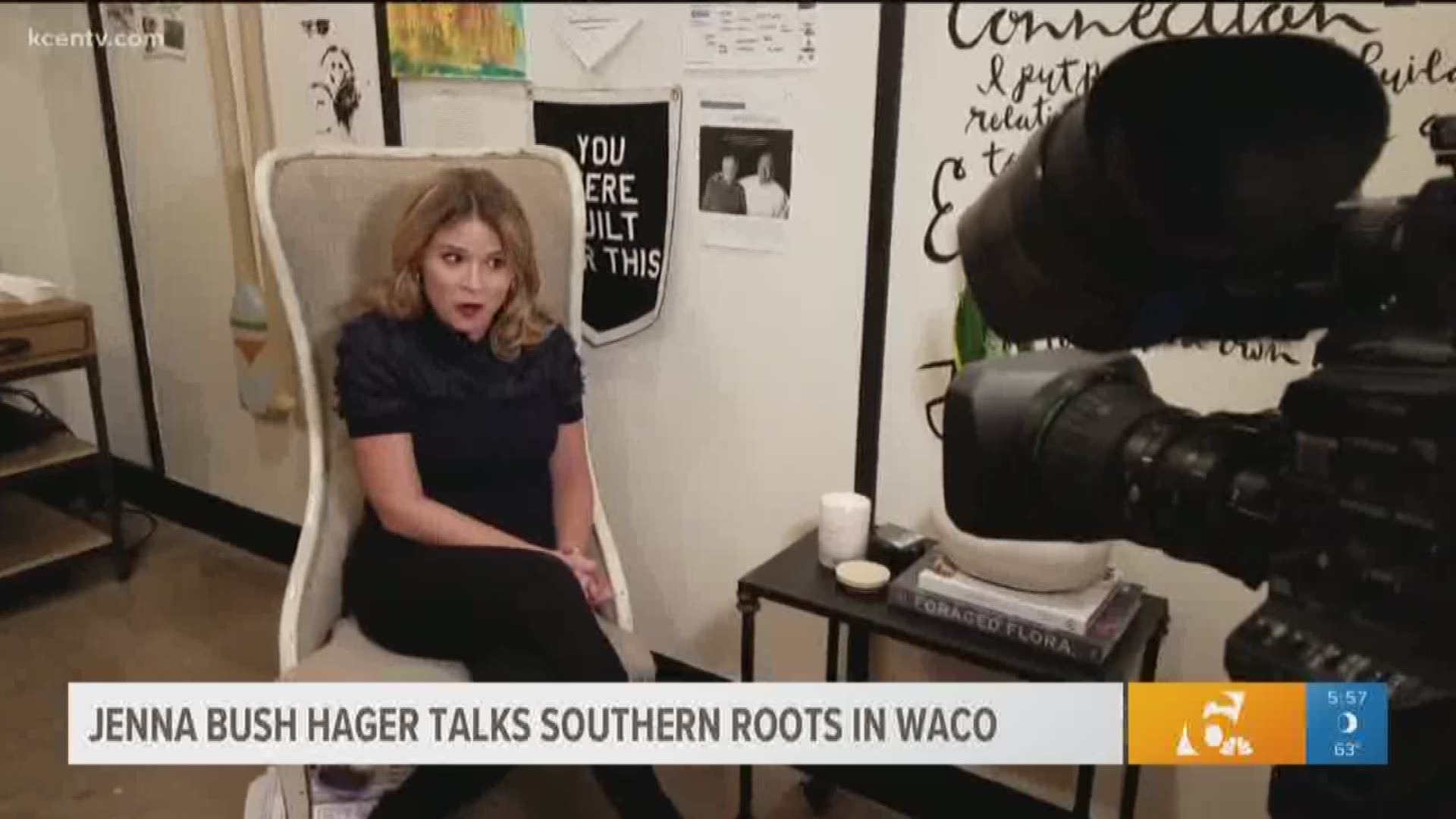 Jenna Bush Hager traveled back to Central Texas to talk about her southern roots. The Today Show correspondent and daughter of former President George W. Bush was in Waco on Thursday for a conversation with movie star Reese Witherspoon.

Thousands of people flocked to Waco to see the Academy Award winner as she spoke about her new book Whiskey in a Teacup with Hager, whose presidential family owns a ranch in Crawford.

"I try to get back here as much as possible, so my kids can see why I love Central Texas the way that I do,” said Hager.

Hager says she now lives in New York, but occasionally likes to bring her southern roots to the Big Apple.

"I’m a home sick Texan living in New York for sure, and I have to say I bring it in my house with my girls in so many ways,” said Hager. “We have Taco Tuesday’s even though I’m not a great cook."

Hager says she has an eye for interior design, and while she's a fan of Joanna Gaines, her mother and former First Lady Laura bush is an even bigger one.

"My mom called me and said you have to meet this woman named Joanna, said Hager. “This is before she had the HGTV show. My mom has always had a girl crush on Joanna Gaines.