The mosque said the hate mail was written on a newspaper clipping about a Ramadan dinner it hosted. 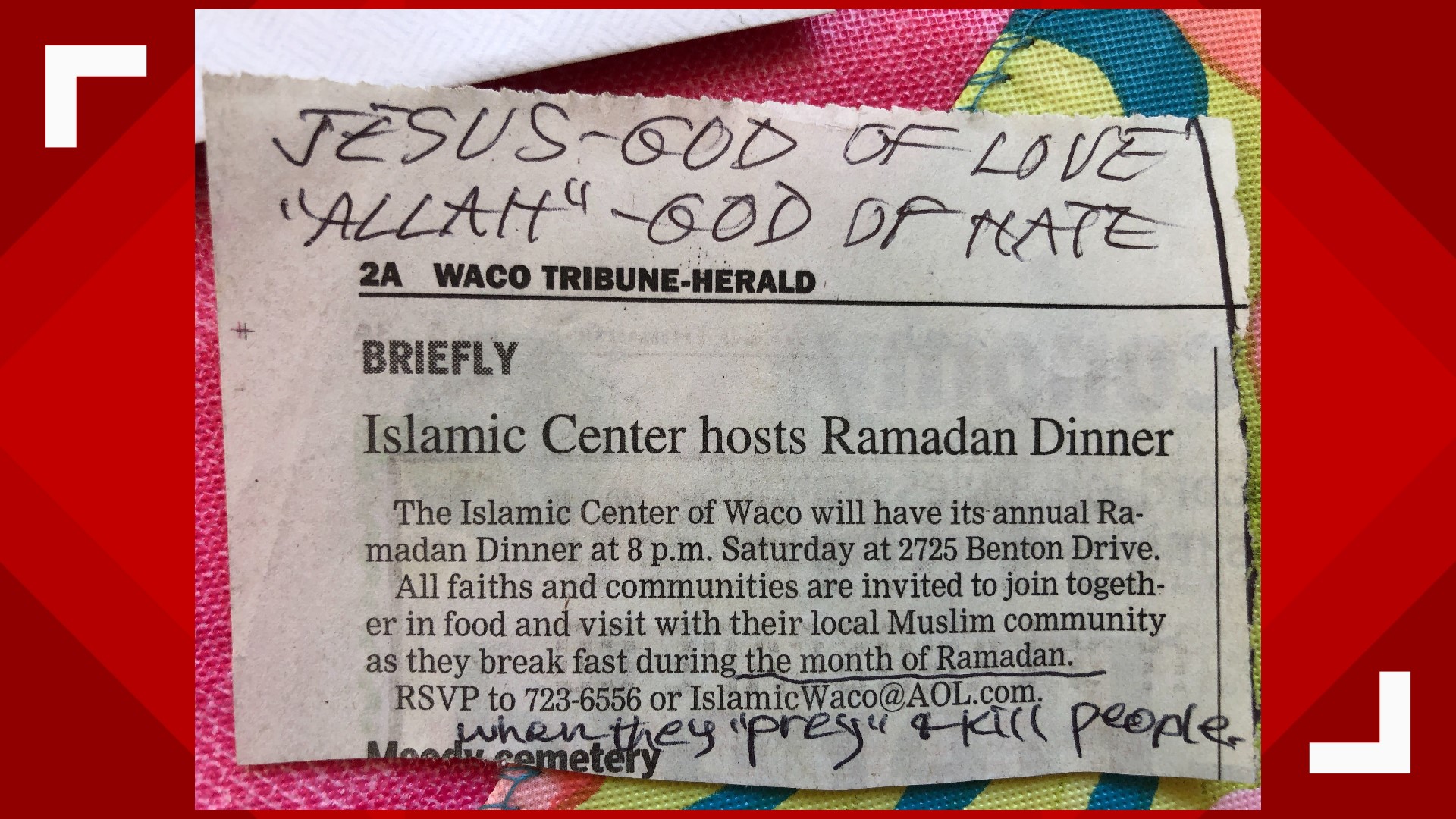 WACO, Texas — The Islamic Center of Waco said it received hate mail on Monday. Somebody sent the mosque the disparaging letter with a newspaper clipping about a Ramadan dinner it hosted.

The center's president, Al Siddiq, said it came in a regular envelope with a love stamp on it and a sticker that said, "Jesus keeps his promises." He said he thought the letter was going to have encouraging words, since the mosque received others like that, but this time that wasn't the case.

Whoever sent the letter underlined "the month of Ramadan" and wrote that during the holy month, Muslims "'prey' and kill people." The top of the letter read "Jesus, God of Love" and "Allah, God of Hate."

Siddiq said he was surprised when he opened the letter.

"(I was) very happy that, you know, it says (the) word Jesus and used a stamp of love on it, so I open casually like, you know, that I open the other letters that someone else is wishing us well," he said. "But for my surprise, it was a hateful letter. Hateful words inside it."

The center has been in Waco since the late '80s, and it said they usually get a couple of hateful letters every year. Usually, the letters have come from out of state or out of town, not from locals.

Siddiq said Ramadan is a month spent fasting and learning to be kind and humble to others. He also said he's open to educating others about his faith.

"It makes me sad," he said. "You know what else we can do? You know if someone is so ignorant, why don't they come and ask us? If you want to know something about any religion, go to the source. Go to the people who believe in it. Just don't sit on the internet and try and figure it out yourself."

The Islamic Center of Waco is active in the community with its events and programs.

"We just want to tell them we are part of this community," Siddiq said. "We (are) part of the city, so if you want to do any productive work, let's do it together."

'Why bother the dead?' Loved ones react after all-black cemetery vandalized in Moody