Kurt Hess, one of the owners, said it's clear these are hard times, but it's encouraging to see the support from their customers. 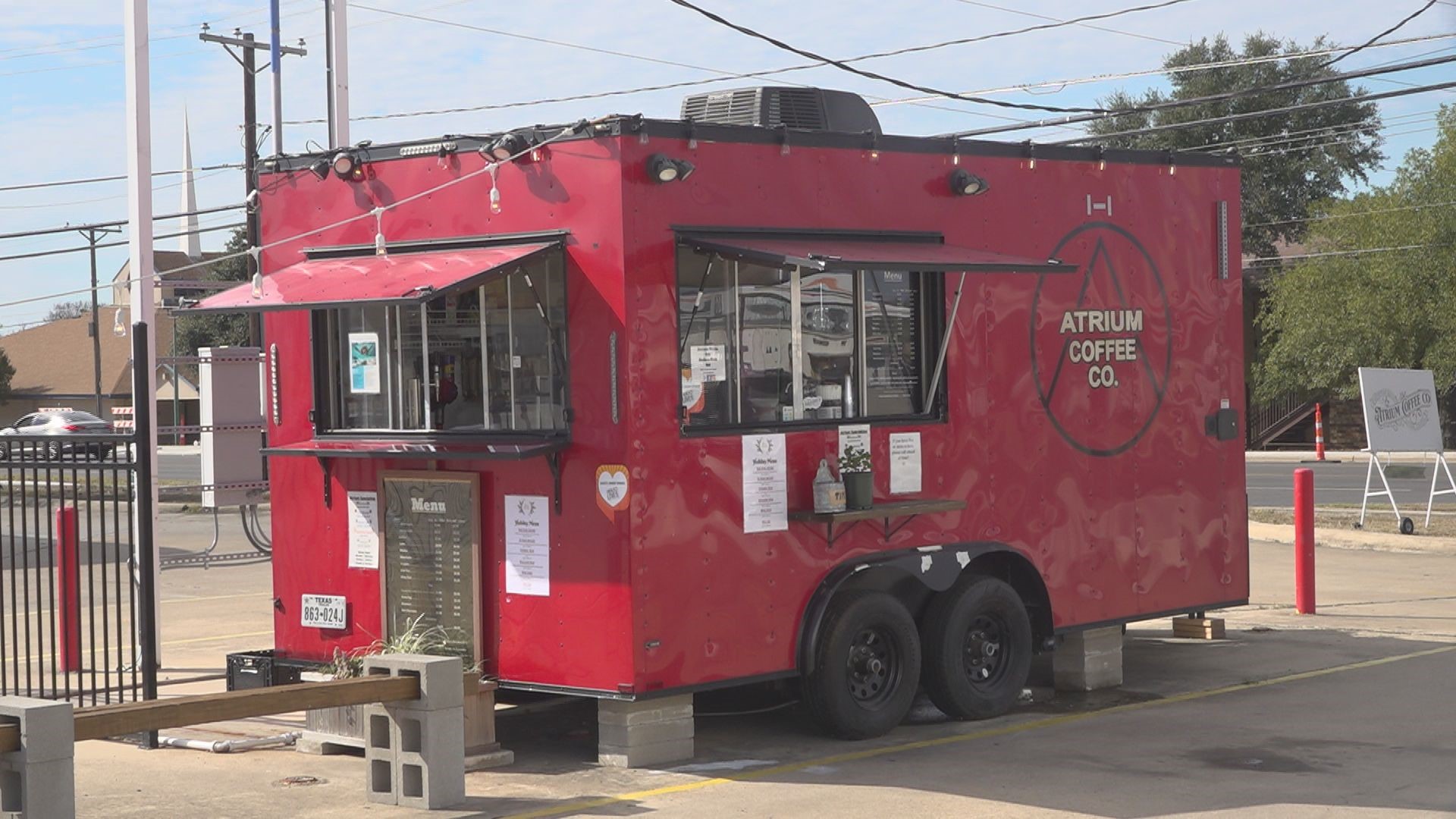 TEMPLE, Texas — Atrium Coffee Company has been in business in Temple for three years, serving people from 6 a.m. to 6 p.m., six days a week. They have a variety of choices as well as specialty seasonal menus.

Kurt Hess, one of the owners said it's clear these are hard times, but it's encouraging to see the support from their customers.

"They're loyal and they love us. They've brought us through times before the pandemic to get here, so they're people that know us and we've made connections with," Hess said.

Not much has changed for them since the pandemic began. They have been serving coffee every day even during the stay-at-home order, because as a food truck they were never forced to shut down.

"It was a place to come, that was open that felt safe because they're staying in their car, which is a safe place for people," Hess said. "So I think it actually did better because they don't want to stay home all day so they're looking for somewhere to go."

Hess said one of their goals is to expand and be a place where eventually more people can gather, and they really want to connect with the community and give back the same way they have for them.

"We're all in the same boat to some degree and we need each other in times like these for sure, and at the end of the day we're gonna pull through, we're gonna make it," Hess said.