They provide quality end-of-life care for people as well as support for the families when their loved ones pass away. 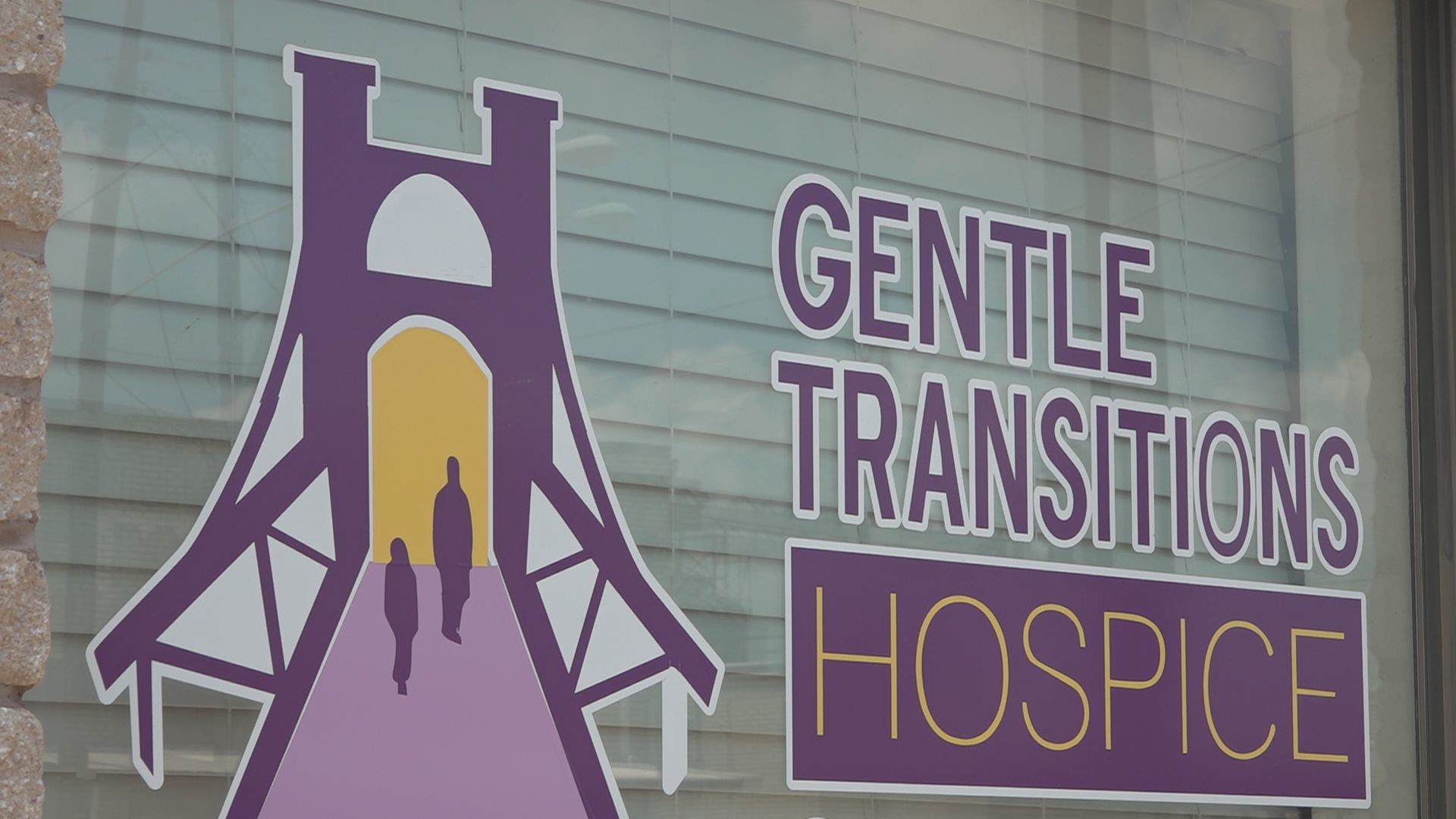 MOODY, Texas — In Downtown Moody, you can find Gentle Transitions Hospice. It's a family business owned by a mother, Gwenn Dalton, a hospice nurse of more than 20 years, and her son Evan Hessel, who has years of experience in hospice.

"We're not corporate. This is corporate right here and so it doesn't go any further than a decision we can make," Dalton said.

They cover all of Central Texas, including Waco, Temple and Killeen, helping families during some of their most difficult moments. They provide quality end-of-life care for people, as well as support for the families when their loved ones pass away.

"The moment that someone passes away, there's a lot of family around you, but what happens three weeks later when all that family has gone back and your husband is the one that passed and you're there at the house alone. So just even that phone call a month out when it got quite lonely, quite quick it helps a lot," Hessel said.

Several years ago, they found themselves on the other side of hospice. Both Dalton's father, Hessel's grandfather and Hessel's mother-in-law passed away. To honor them, they're both represented in the Gentle Transitions Hospice logo crossing a bridge together.

"When we were told hospice is the best course of action for a while, I felt like someone picked up a brick and hit us in the face you know. I mean it's that jarring when you know a miracle is going to happen, when you know this person is going to get better, and then you are told it's not. Boom. It's so hard to hear that," Hessel said.

They are both very passionate and want to change people's perspectives about hospice especially because they know first-hand how distressing it is.