They opened their doors Friday the 13th last November, which they now consider a lucky day and a day they said came sooner than expected. 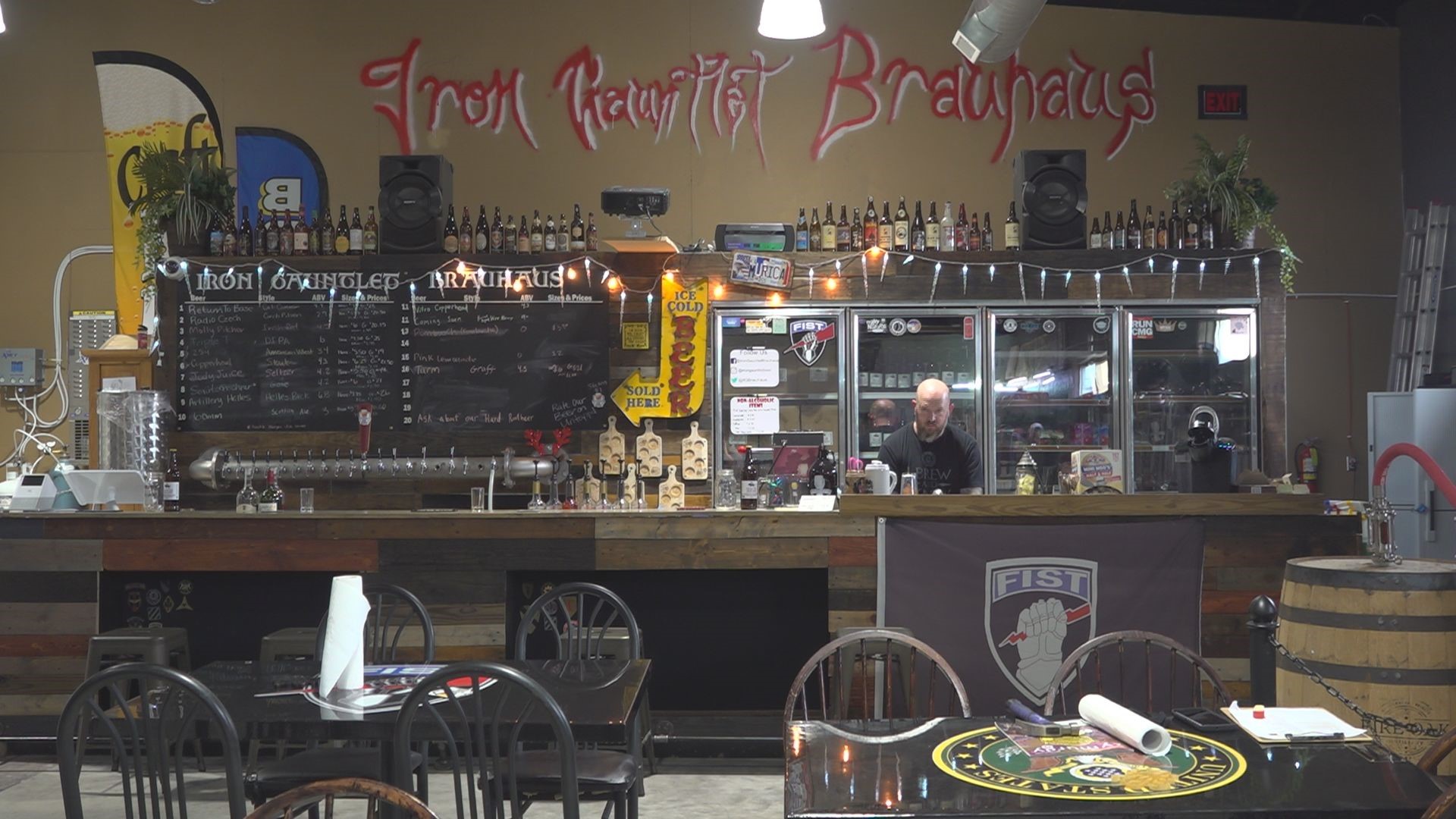 KILLEEN, Texas — Iron Gauntlet brauhaus has only been open for a couple months. The owners said opening up during a pandemic wasn't easy, but they're proud to be Killeen's first craft microbrewery.

Adam and Laura Crum, both previously in the Army and now owners of Iron Gauntlet Brauhaus in Killeen always had a goal to open a brewery.

"What was a hobby became a passion," Adam Crum said. "Entering some competitions and having master judges taste my beer and say you have something here really kind of opened my eyes and made me thing that I could probably do this."

They opened their doors Friday the 13th last November, which they now consider a lucky day and a day they said came sooner than expected. They found the building where they're located in July and opened just four months later.

"The ball was rolling, this was happening one way or the other, there was no stopping the train so we just went head first and started doing it," Adam Crum said.

Even in the midst of a pandemic when bars and breweries have been hit pretty hard, they were determined to make it work.

"I was freaking out but I was like oh my God, we're gonna have to shut down but luckily we were able to stay open," Laura Crum said.

One of their biggest struggles has been getting the word out, but even so, they say they've been exceeding the expectations they set pre-Covid.

"It's been great. We've even had people drive from Austin because they just googled breweries and ours popped up," Laura Crum said.

"The community is responding positively to this," Adam Crum said.

Their hope is to see it grow. They also want to become more involved in the community and find ways to give back.

"We really hope that people who do decide to come out think that this is a great family place that they can maybe come and have a few drinks and escape the really of what life is right now," Laura Crum said.