Since shutting down, the first time they made a donut again was just a few weeks before their grand opening in October. 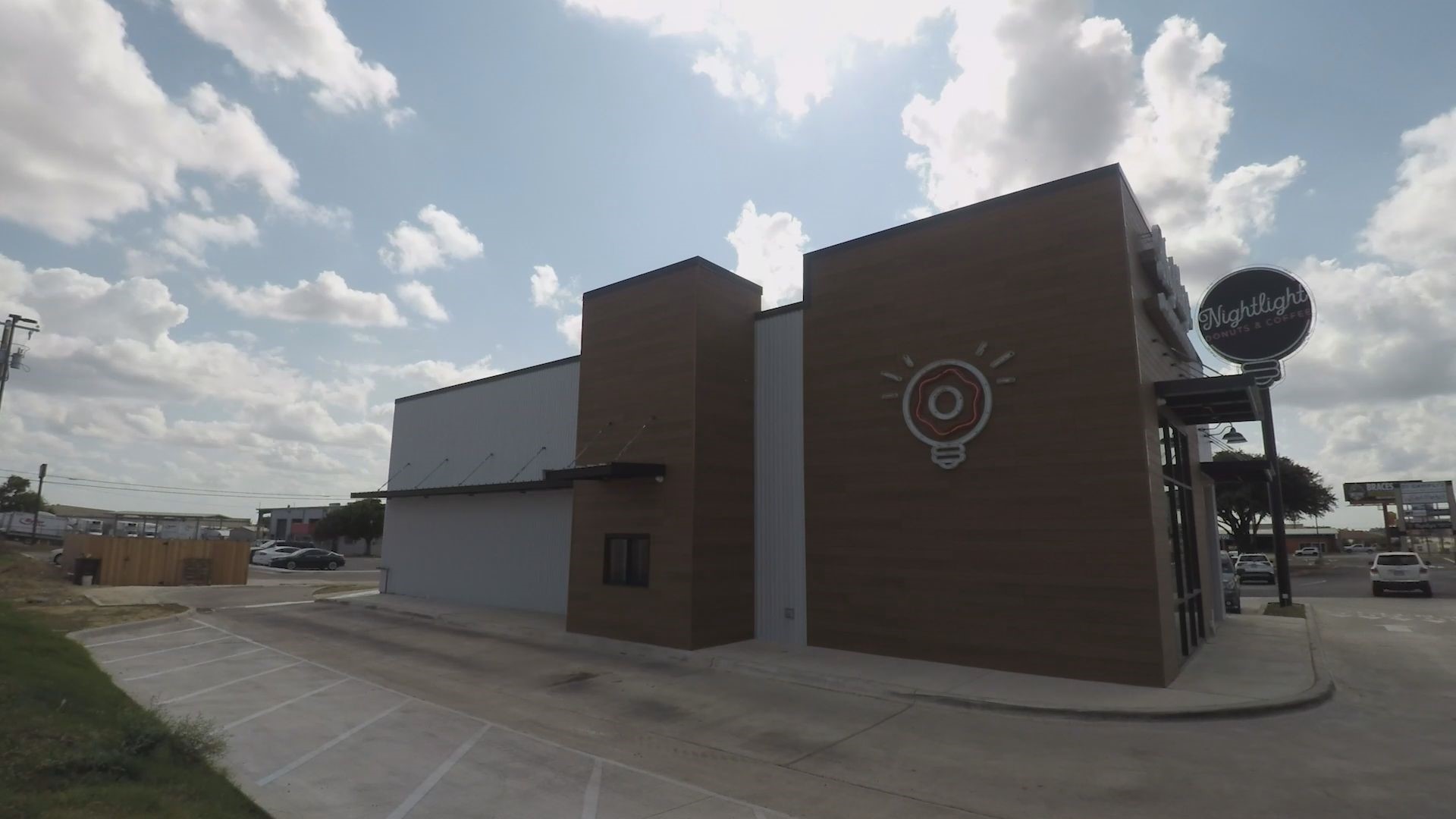 WACO, Texas — A donut shop in Waco made the switch from food truck to storefront during the pandemic.

Twin brothers Jackson and Eric Wren, the owners of Nightlight Donuts and Coffee, have been in business since 2018. They have been operating out of a food truck with the goal in mind to open a storefront.

"Every single night leading up to now, I kind of had that thought of I can't believe we're opening this in the middle of a global pandemic," Jackson Wren said, "and then I'd remember that people still eat donuts, and people still want coffee."

Wren said the pandemic pushed their timeline a little bit.

After they were forced to shut down in March, they ditched the donut making to sewing medical masks for healthcare workers. Since then, the first time they made a donut again was just a few weeks before their grand opening in October.

"It was a long break. It was a very long break," Wren said.

The name Nightlight came from their cravings for fresh late night donuts and whether it's people's first stop in the morning or last stop at night, Wren wants their donuts, coffee, and customer service to make people's days a little brighter.

"Our hope is that it's a break for people from the isolation that Covid brings," Wren said, "people will come inside and realize it is one of those places you can come and study and work or just hang out with friends."

Jackson Wren said he recently finished law school and Eric Wren is in Chicago for med school. So their ultimate goal is to live in the same place and expand to other college towns.