Leslie and James Engledow own La Bella Salon as well as Smarty Pants Resale Shop, and both had a rough start when they reopened after the shut down. 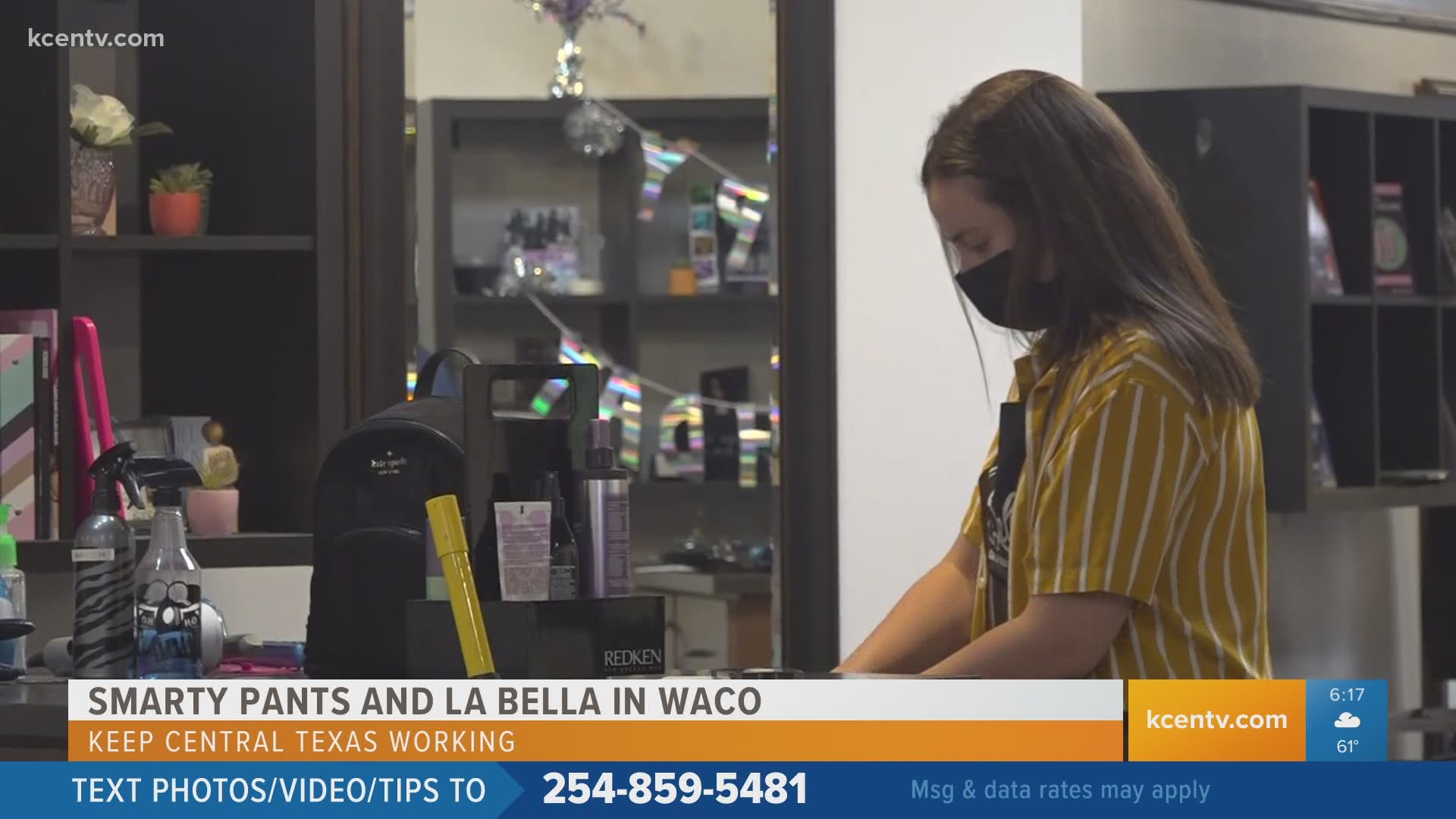 WACO, Texas — Two businesses side-by-side in Waco with the same owners have had different experiences during the pandemic.

Leslie and James Engledow own La Bella Salon and Beauty Lounge as well as Smarty Pants Resale Shop, and both had a rough start when they reopened after the shut down.

"It was scary and we didn't make very much money, but it was just a stepping stone to where we are now," Mrs. Engledow said.

She is a mother of five who said they opened Smarty Pants Resale Shop to help Waco families meet their needs. It's a place where they can buy gently used kids clothing at a low cost. Engledow said she realizes the importance of the shop during a time where many people are on a budget.

As far as business, they're doing much better.

"The first two weeks were very difficult but now it's almost back and I cannot complain, I was scared to death," Mrs. Engledow said.

However, things haven't been quite as good at the their salon.

They were reaching record sales prior to Covid-19, but after shutting down for a few months, things aren't the same.

She said it has been difficult, especially since you can't be socially distant while receiving their services.

All she's hopes for now is for both businesses to be back to where they were before the pandemic.

"I felt confident in our business, I didn't worry about it at all," Mrs. Engledow said.  "We have the best employees and the best shoppers so I felt great about it, and now it's scary building it back up."