The boy was partially out of the vehicle when it suddenly began to roll backward, running him over in his driveway. 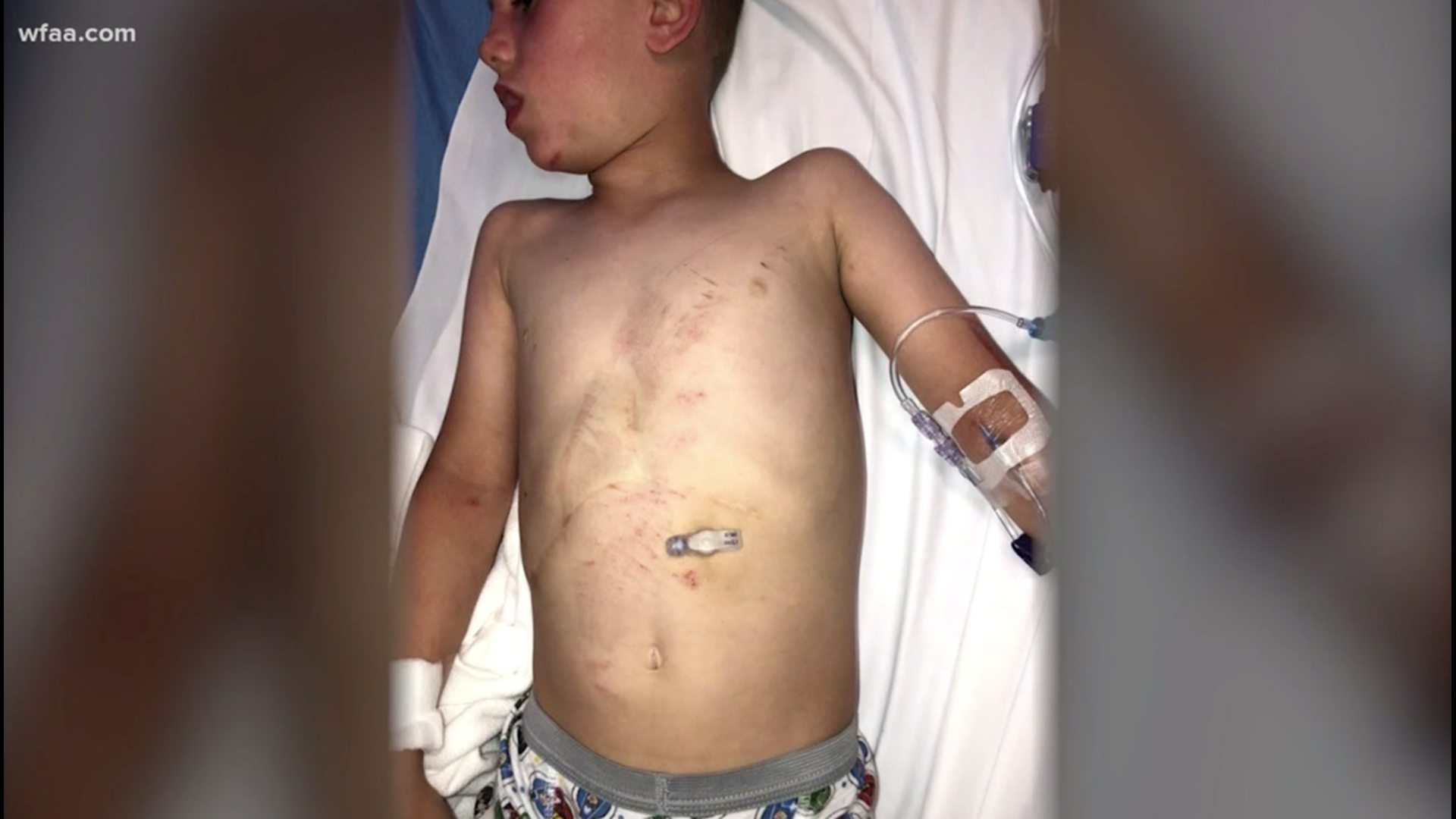 LITTLE ELM, Texas — It is important to begin Ryder Hudson’s story with a disclaimer that he is alive and well.

The spunky 7-year-old loves to gather eggs from the chicken coop in the backyard of his Little Elm home. He likes to pick acorns from oak trees and watch SpongeBob SquarePants.

Keep that vision of Ryder in mind when you learn how narrowly he escaped a terrible tragedy.

He was run over by a car the family calls defective — a car the Hudsons continue to make payments on and refuse to trade in because they worry what happened to them could happen again.

Ryder had spent a day in the summer of 2018 swimming and fishing with his mom, Nicole Bilski, and dad, Cody Hudson.

Cody drove the family into the driveway, parked and went inside as Nicole was gathering things from the vehicle and helping Ryder out.

The family’s 2015 Mazda 3 had suddenly rolled backward as Nicole and Ryder exited.

The Hudsons' surveillance cameras captured it all on video.

The front tire on the passenger side rolled directly over Ryder. It missed his head by inches, but left tire marks across his torso.

“You wake up every day and you just live for him,” Cody said, reliving that day. “It could’ve been gone like that,” he said, snapping his fingers.

Six months before the accident, the vehicle had been the subject of a recall. The Hudsons say they woke up one morning to find the car in the middle of their street. They say it had rolled backward out of their driveway, despite having set the emergency brake.

When they contacted their dealership, they said they learned Mazda had issued a recall on their vehicle, warning the emergency brake might fail.

The Hudsons have a receipt showing the recalled emergency brake was repaired in December of 2017.

But in June of 2018, that repaired vehicle rolled down their driveway and right over their son.

Cody Hudson said he is “110 percent” certain he set the emergency brake that day.

“It’s a manual transmission. That’s the only thing that holds it. You can’t get out without setting it or it would roll,” he said.

“[The car] was standing still for 23 or 24 seconds. When I was at the front of the car, I heard the pop noise like it just released – like when you click that button,” she said. “And then I saw the car rolling.”

When WFAA contacted Mazda, the car company did not deny that the incident happened.

“We are aware of the case, but as a matter of corporate policy we do not comment on pending litigation,” Mazda said in a statement. “Safety remains a top priority for Mazda and our deepest sympathies are with the Hudson family.”

The Hudsons have spent the last 18 months making payments on a car that sits on blocks in their garage. They refuse to sell it or trade it in, because they say Mazda will not promise to take the vehicle off the road.

“We’re not asking for much,” Cody said. "We’re literally asking for the car to be not in anybody else’s hands.”

Ryder has a rare metabolic disease called propionic acidemia. He had a successful liver transplant a few years before the accident, and once his parents knew their son was alive and breathing, they were worried his liver might have been damaged. But somehow, Ryder escaped serious injury.

The Hudsons have hired an attorney and expect to file a lawsuit against Mazda soon.