All three agenda items related to the project were passed 4-3 during Tuesday's City Council meeting. 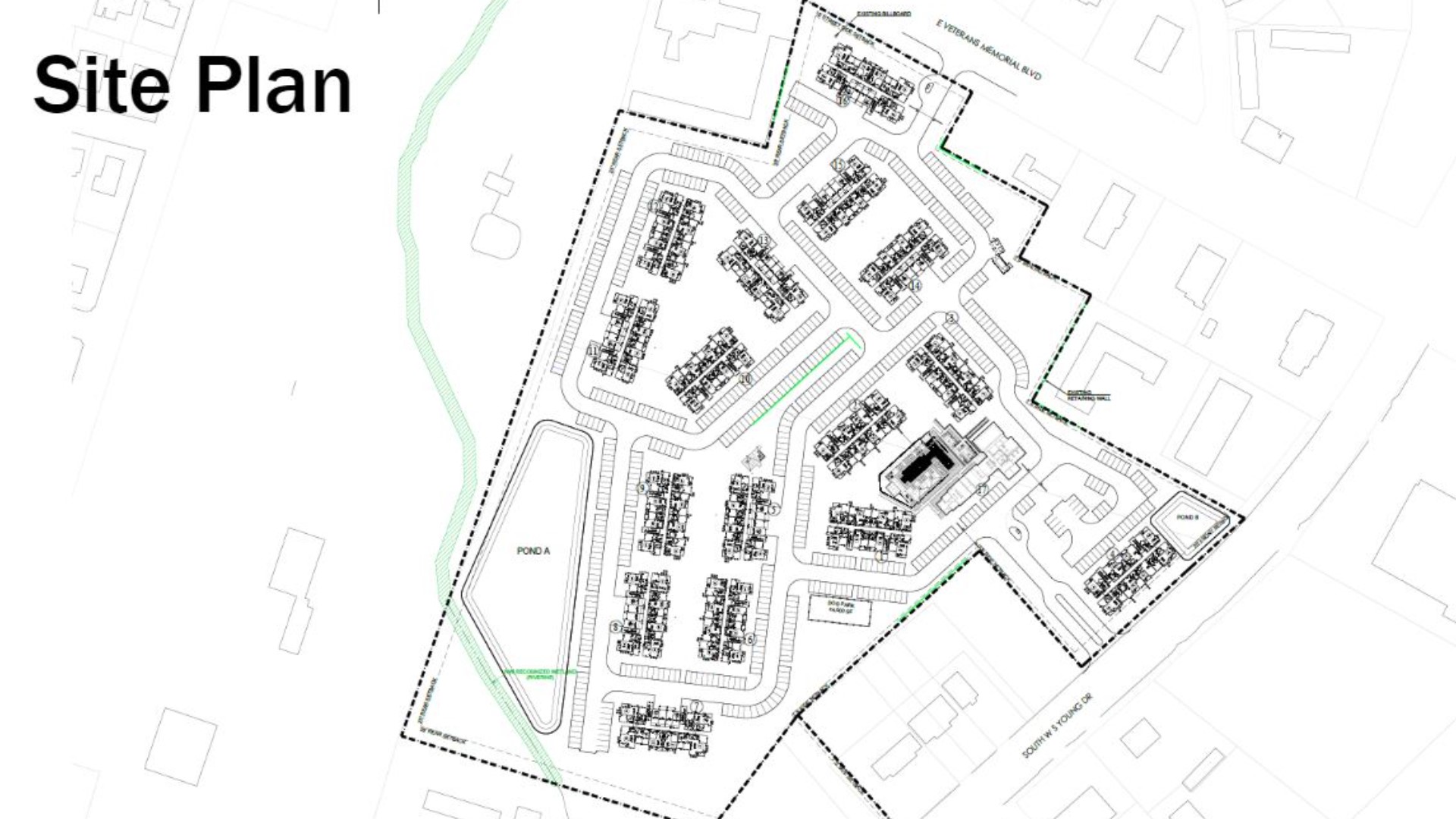 KILLEEN, Texas — The Killeen City Council took a major step Tuesday toward bringing a more than $50 million housing development to the City of Killeen. Three items were on the City Council's agenda. One of the items voted on was creating the Killeen Public Facility Corporation. The other two were focused on zoning for the project.

All three votes were tied and had to be broken by Mayor Jose Segarra, who essentially gave the project the green light.

"I think this will go a long way to helping revitalize the downtown area and helping bring in more development, more grocery stores. Things that people really want and deserve in the north side," Segarra said.

The proposed development would be located near S. WS Young Dr. and E. Veterans Memorial Blvd. It would include 368 units, a clubhouse, dog park and a gym just to name a few, according to previous presentations.

Councilman Rick Williams was one of the three dissenting votes on the different items. He said it was presented as a potential engine to the northside. After going over the documentation, he could not see the complex doing that and said his constituents see it as a liability.

"As opposed to something that really brought forth what the citizens of northern Killeen have been clamoring for," Williams said. He specifically mentioned a grocery store, doctor's office and walk-in clinics.

Segarra said the city will make money on this project because it will be the owner.

The next step for the project is submitting a Certificate of Formation to the Secretary of State and have it filed, which creates a board for the PFC. The board will be made up of city council members.

That board will then call a meeting to approve the agreement with the NRP group for the project, according to Killeen Spokeswoman Hilary Shine.

RELATED: New luxury apartment complex could be headed for north side of Killeen