The man claims while he was taking smaller items back into his house the Lyft driver allegedly sped off with the TV in tow. 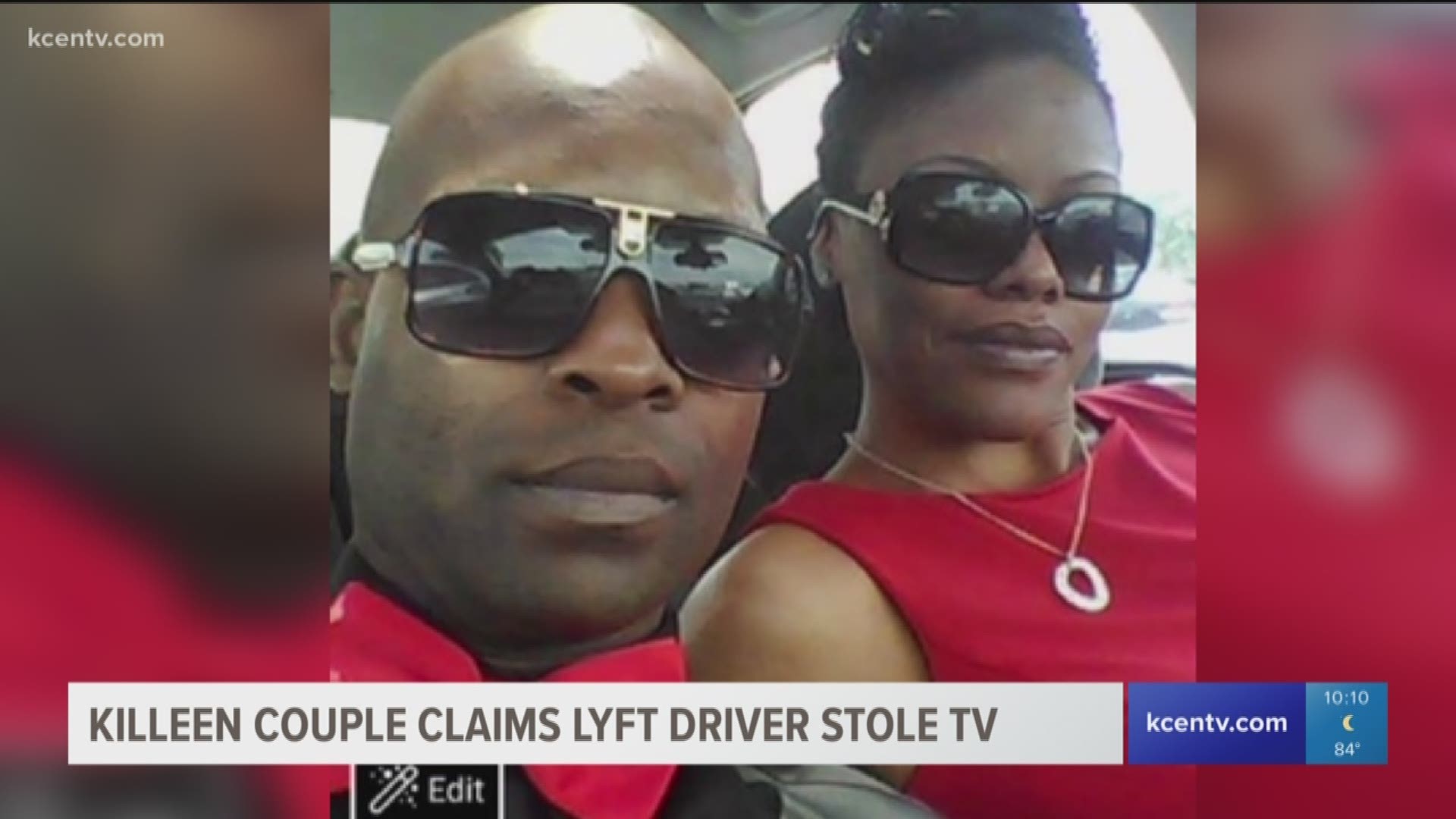 Killeen — A Killeen couple is warning the community Monday night after they said a Lyft driver allegedly stole their flat screen TV after they tried pawning it at a local pawn shop. The couple said the theft happened in the 4000 block of Water Street and Killeen police are now investigating.

Michael West and his wife Ineshia West said they lost everything during Hurricane Harvey. The pair recently moved to Killeen to start over and said they've been using Lyft to get around.

The couple needed some cash to enroll in school, so Michael said he called Lyft for a ride to the pawn shop Saturday morning, where he said he planned to sell electronics including his 65-inch flat screen TV.

Michael is disabled and said he had the Lyft driver help load the TV into the car and unload it at Action Pawn on South Fort Hood Street.

"I said I won't be able to carry the TV myself. I need you to help me," West said.

Michael wasn't happy with the offered price at the pawn shop so he said the pair loaded the TV back into the Lyft vehicle. Michael said everything was going fine until he got back home.

"We pull up outside, I say let me take the box in because it's lighter for me then I'll come back and get the TV and then the guy just took off with my TV," West said.

Michael claims while he was taking smaller items back into his house the Lyft driver allegedly sped off with the TV in tow.

"I heard him scratching out, burning rubber like let me get out of here. I couldn't even make it out the gate and the guy was already gone up the hill," West said.

Shortly after Michael and his wife said they saw their TV for sale on Offer Up. The couple said they called the Lyft driver multiple times and reached out to the ad but were ignored.

"I was devastated. I'm a very talkative person but I was without words," West said.

The couple then contacted Lyft directly. The company told the pair via email that they will assist police in the investigation. However, the couple says that's not enough.

"Sorry won't suffice when someone steals from you. Is this the kind of company that Lyft wants," West said.

The couple wants compensation, their stolen items back, and an apology.

"We want this Lyft driver punished to the fullest extent of the law. I also want a face to face apology because he knows what he did was wrong," West said.

The couple said they know it was their TV being sold in the ad due to some distinct missing features including the TV cord and the remote which they still have at their house.

The couple is seeking legal representation.

An investigation is underway. Anyone with information about this case is asked to contact Killeen police