The homeowner told 6 News he was the only one in the house at the time of the fire. He said he heard the smoke detectors go off and immediately got out of the house. 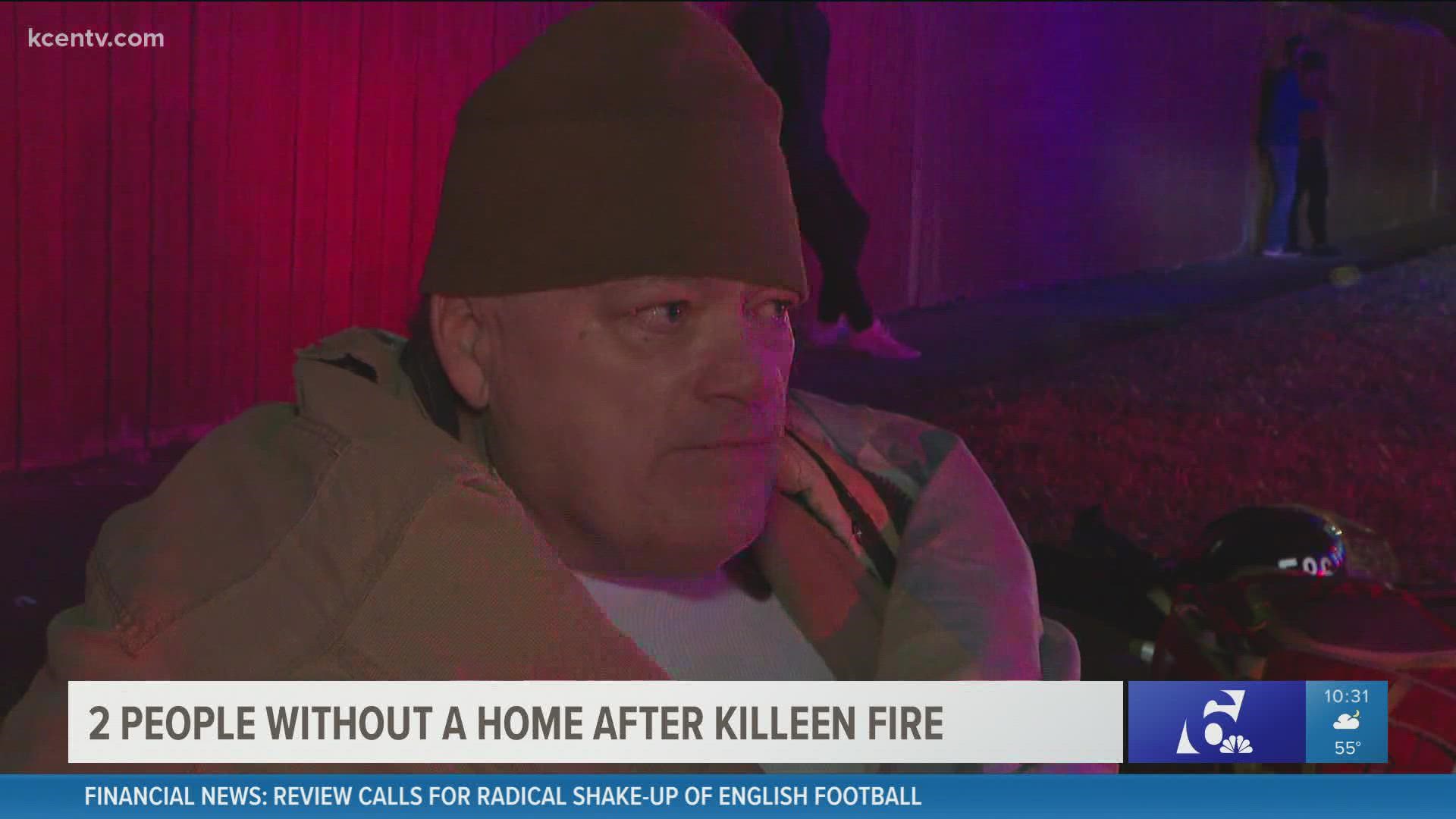 KILLEEN, Texas — Two people are displaced after their home caught on fire in Killeen on Thanksgiving Day, according to the Killeen Fire Department.

Killeen Fire Chief James Kubinski told 6 News that crews with the Killeen Fire Department were called out to the home at 5703 Jim Ave. around 5:30 p.m.

When they arrived, they found heavy flames coming from the back of the house and the homeowner was outside, Kubinski said.

The homeowner, John Arman, told 6 News he was the only one in the house at the time of the fire. He said he heard the smoke detectors go off and immediately got out of the house.

Kubinski said there were no injuries.

Though fire crews do not know what caused the fire at this time, they believe it wasn't caused by cooking.

"We don't think that it's anything cooking related," he said. "We think there might have been something else... the area of origin not being the kitchen."

The home was a total loss, Kubinski said. Arman and his wife are now displaced and the American Red Cross is working with them to help them get shelter. Their neighbors are also helping them in their time of need.

"My neighbors, they're all good neighbors, they all brought stuff to me, make sure I was all right," Arman said. "My next door neighbor made sure I got a jacket on because when I run, all I had was on my shorts and I didn't have no t-shirt on; I just ran out."

Photos taken by 6 News show crews were able to put out the fire and that a majority of the roof was destroyed, leaving the remnants in smoke.