George Powell's first full day back out in the world following more than 10 years in prison is complete and he had a range of emotions about it. 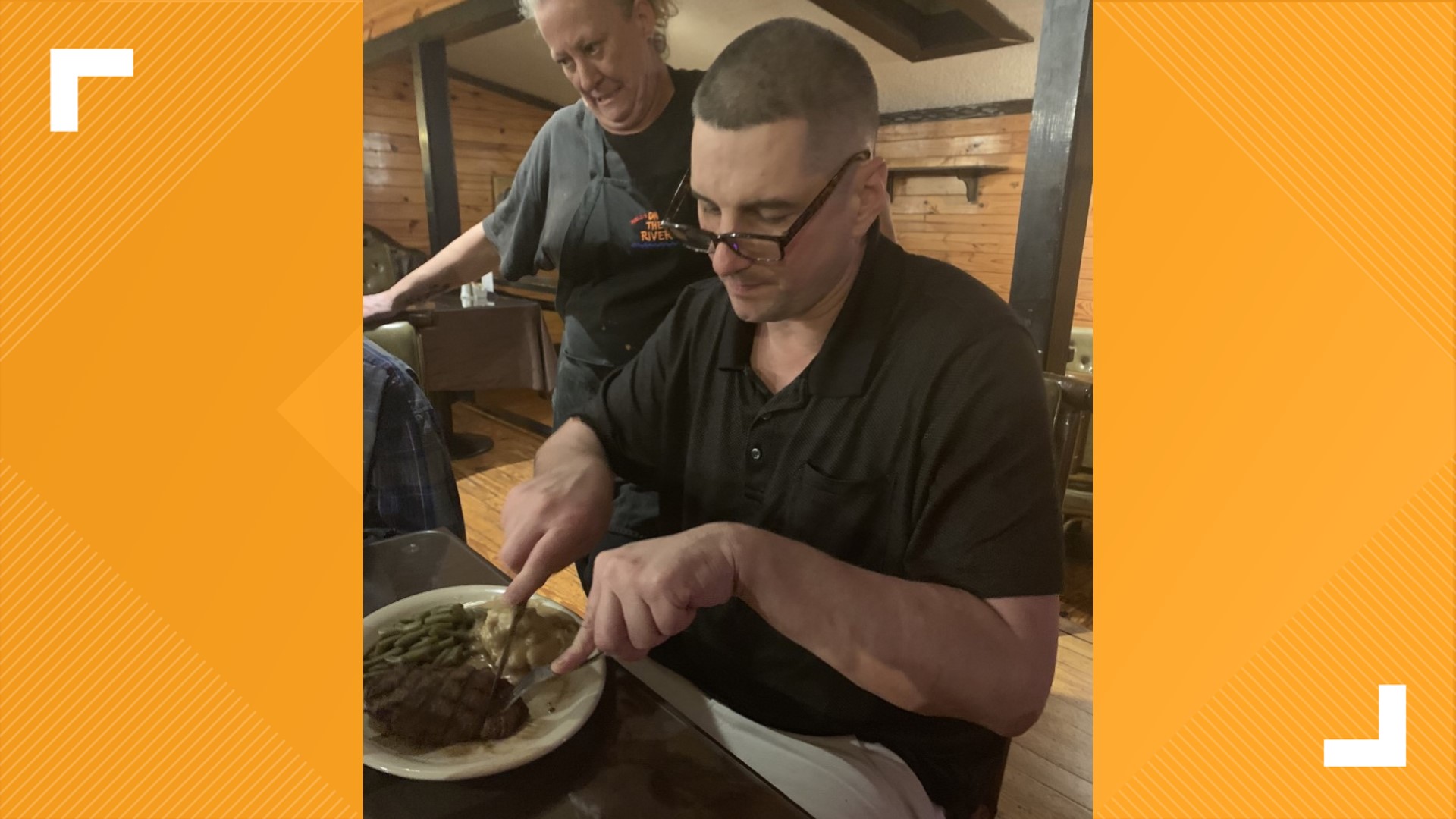 HUNTSVILLE, Texas — George Powell has been busy since he was released from the Bell County Jail Wednesday night, after more than a decade behind bars. Now that he's home awaiting his new trial he is rediscovering all sorts of things.

Powell was also busy figuring out his clothing size, favorite restaurants and all of the latest technology.

"I had to mess with Apple TV, then I had to figure out that IPhone, then I had to get on Facebook to start another profile. I mean there's just so many different steps you have to take now," Powell said.

As a musician, that means making some adjustments to how Powell reaches his fans too.

"I would write, record, put my music on Cd's and I would take it to the community, that's how I would promote my music. Now that's not happening, I've been told about Soundcloud but how do you use Soundcloud," Powell asked.

Powell also bought some sunglasses to take in a new luxury, the beaming sun.

"I had to get some sunglasses because the sun is so bright out here, the beautiful free sun," Powell said.

Although the sun is bright Powell says he is grateful for it and for opportunities like today. He spent time at his apartment complex's play area with his family and dog Daisy, all of whom never left his side over the years.

"To finally be able to walk around with my lady and our daughter, it's beautiful. It's perfect. It's indescribable," Powell said.

Together they took their daughter to school Thursday morning. Powell's fiance Tamara Parson's says it's the little things that mean the most.

"It was just nice to look around the room and see my man sitting there and walking around the house and to just to be able to go up and hug him whenever I want," Parsons said.

While Powell is enjoying his new life it doesn't take away from the challenge of such a big transition.

"It's night and day, there's nothing there to soften the blow. This is what they took from me, they took my freedom and I forgot what it was like to be free," Powell said.

Powell said he's not letting the learning curve deter him. He is feeling more motivated than ever to get back out into the world, contribute through his music and criminal justice reform and to once and for all clear his name.

Powell says Netflix has reached out to him about possibly updating his story following these latest developments and says he is open to another documentary.