George Powell walked through the doors of the Killeen Valero and 7-11 he was accused of robbing years ago to prove there is no way it was him. 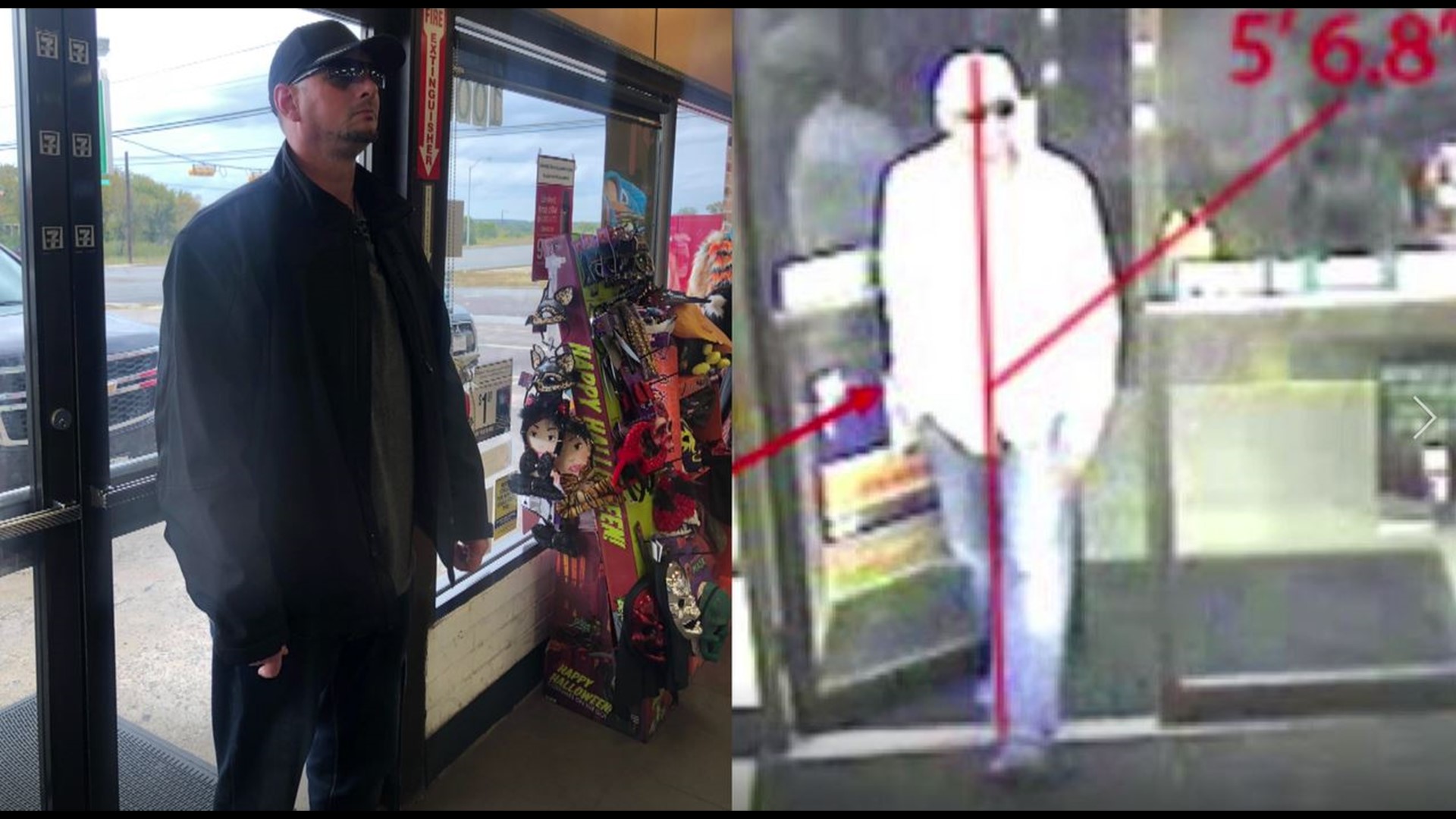 KILLEEN, Texas — George Powell, a man accused of robbing a 7-11 in Killeen, took a huge step forward Monday afternoon by gathering new evidence for his upcoming re-trial. Powell served 11 years before having his armed robbery conviction vacated due to prosecutorial misconduct.

Powell walked through the doors of the Killeen Valero and 7-11 he was accused of robbing years ago to prove that there is no way it was him.

"How many times have I thought about this moment? Every single day, all day long for the past 11 years," Powell said.

A major height discrepancy between Powell and the person captured on surveillance robbing the store has been the focus of his new hearings. The man in the video was 5 foot 6 or 5 foot 8, Powell, however, is 6 foot 3.

Powell tried on Monday to imitate the person in the videos. He walked through the doors several times, approached the counter and stood at the height marker in the doorway.

"The sticker did not reach my head which I knew all along. Now, the state can't play that angle that they don't have me standing in the doorway. They have me in the doorway now," Powell said.

Powell's attorney with the Innocence Project of Texas, Mike Ware, said he was with Powell during the walk-throughs. Ware said it's been a challenge to reach this moment, but that it just might propel their case forward.

"The courts never would allow us to do it, so it feels good to finally be able to start that process," Ware said.

However, the long-awaited moment almost didn't happen. Hours earlier, Powell was in a courtroom facing the possibility of returning to jail for one week due to two warrants and an $800 fine for a traffic violation from 2008.

Powell learned of the warrants when he tried to apply for an ID and driver's license last week. In court Monday, the judge waived the fine and jail time due to time served during Powell's 11-year prison stint. Powell has 30 days to provide certified proof that he served the sentence.

With two major hurdles crossed off of his list in one day, Powell said it's only up from here.

"It's leading up to me fulfilling my purpose. It all happened for a reason," Powell said.

Powell said his legal team has filed a motion to disqualify Bell County District Attorney Henry Garza and his office from the case in hopes of getting a special prosecutor.

Powell's trial date has not yet been scheduled.