He was described as "phenomenal." 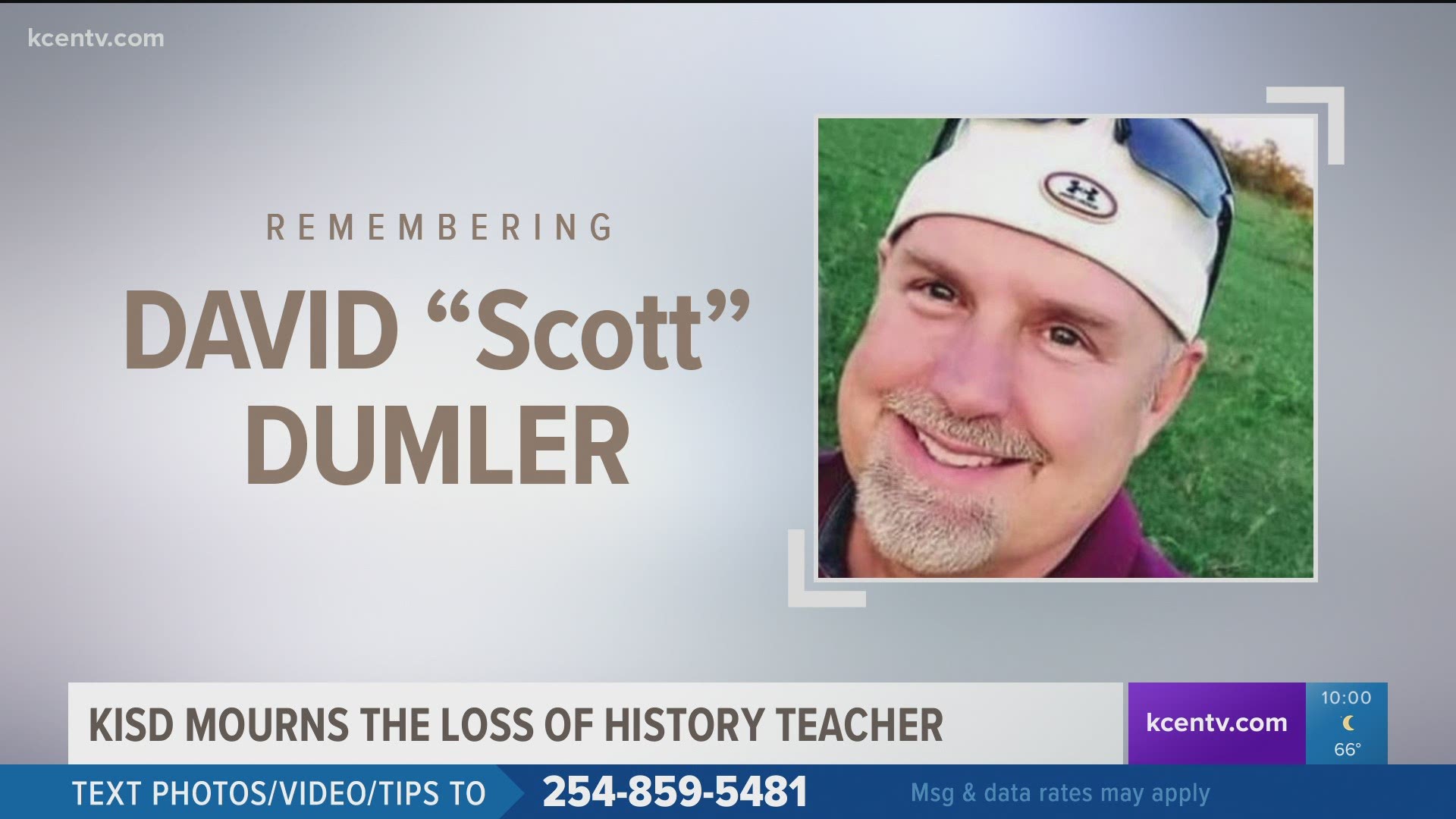 KILLEEN, Texas — David “Scott” Dumler, a history teacher at Killeen High School, has passed away at 55.

Described as “phenomenal", Mr. Dumler created daily videos for his virtual learners and when he became too ill, he asked colleagues to continue to the tradition on his behalf. His brilliance and dedication to education will now become part of the history at the campus he loved, said Killeen school district officials.

According to district officials, during his tenure, some referred to him as Coach Dumler. He led students to numerous wins while donning maroon and white.

A crisis counseling team will be available for grieving students and staff.