Despite those protests calling on the board to mandate masks, things remain the same at Killeen ISD schools. 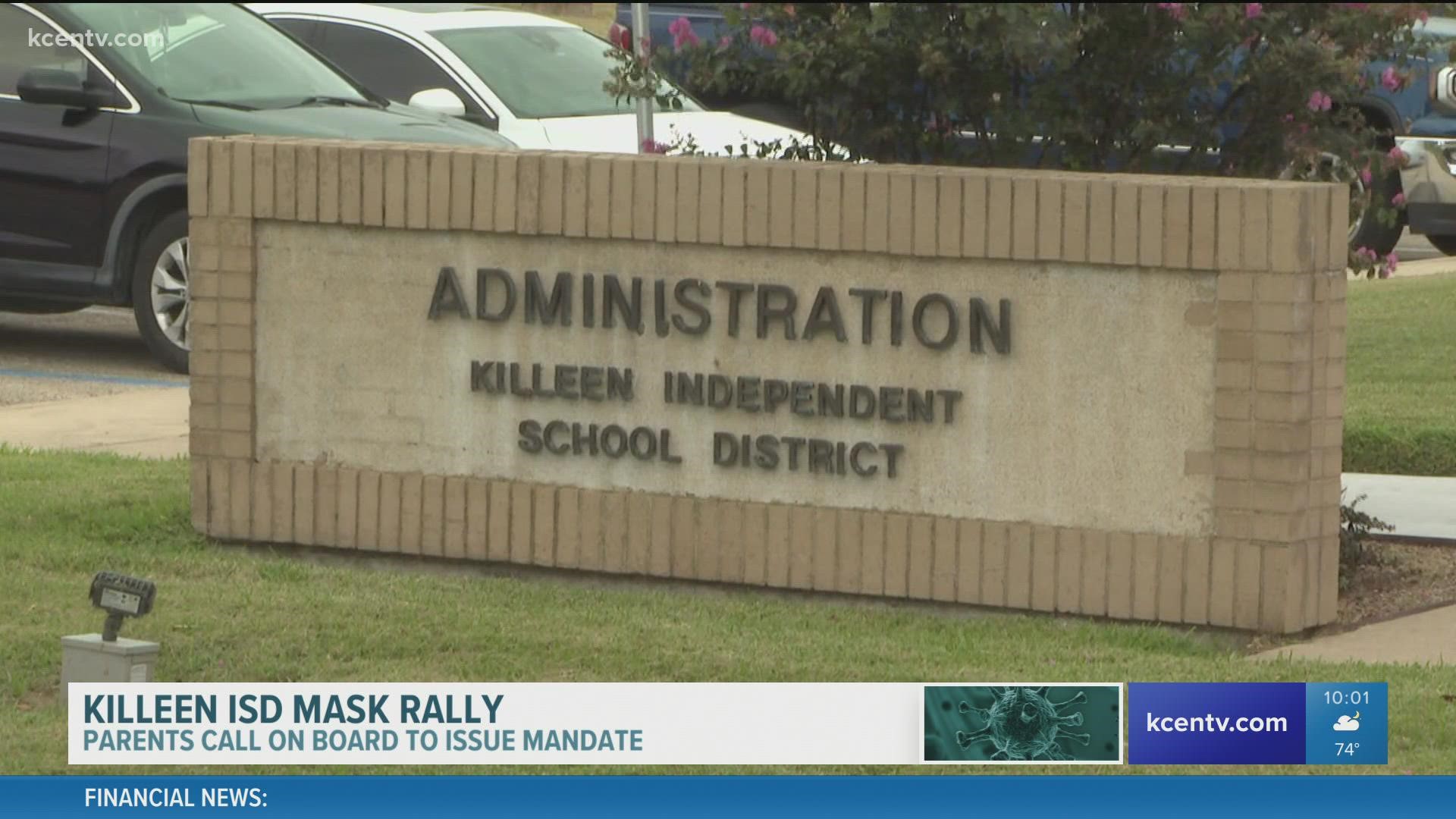 KILLEEN, Texas — Chanting outside of the Killeen ISD administration building, parents and community members gathered for the second time in less than a month calling on the school board again to consider mandating masks across the district.

Despite those protests calling on the board to mandate masks, things remain the same at Killeen ISD schools.

Parents on both sides, whether for or against masks showed up to express their concerns to the board. Masks remain optional on KISD campuses outside of Fort Hood.

Those in favor of mask wearing said they're not giving up until they see a change.

The mother of three said she's frustrated that they're back asking for the same thing.

"If we're really going to build community, community has to to be about caring about the needs of everyone not just my individual rights," Eneli said.

The district made it clear they will not defy Gov. Greg Abbott's executive order preventing them from requiring masks.

"We're all waiting on them to do the right thing," Irene Andrews said, one of the protest organizers.

As COVID-19 cases are on the rise in Bell County, Andrews believes they're running out of time to keep children and teachers safe.

"Who doesn't have the courage to save lives, especially small children who do not have the chance to get vaccinated. They only have us to depend on," Andrews said.

A few people showed up to counter-protest as well.

"I want them to let people decide for themselves and their children. If they want to mask up their kids then let them make that decision," Justin Campbell said, a father who homeschools his children.

Campbell said he is completely against mask wearing and teachers who are in favor of it.

"Ultimately we need to worry about ourselves and I don't stand with this. This is sick and they shouldn't be teaching," Campbell said.

Parents asking the school board to make a change said they'll continue to show up time and time again if that's what it takes.

"As long as this pandemic is raging and as long as our children and our educators are being exposed, we intend to keep talking about it," Eneli said.