Some Hill Country homeowners say they're still holding out hope the pipeline project won't come through the area. But Kinder Morgan says construction is on its way. 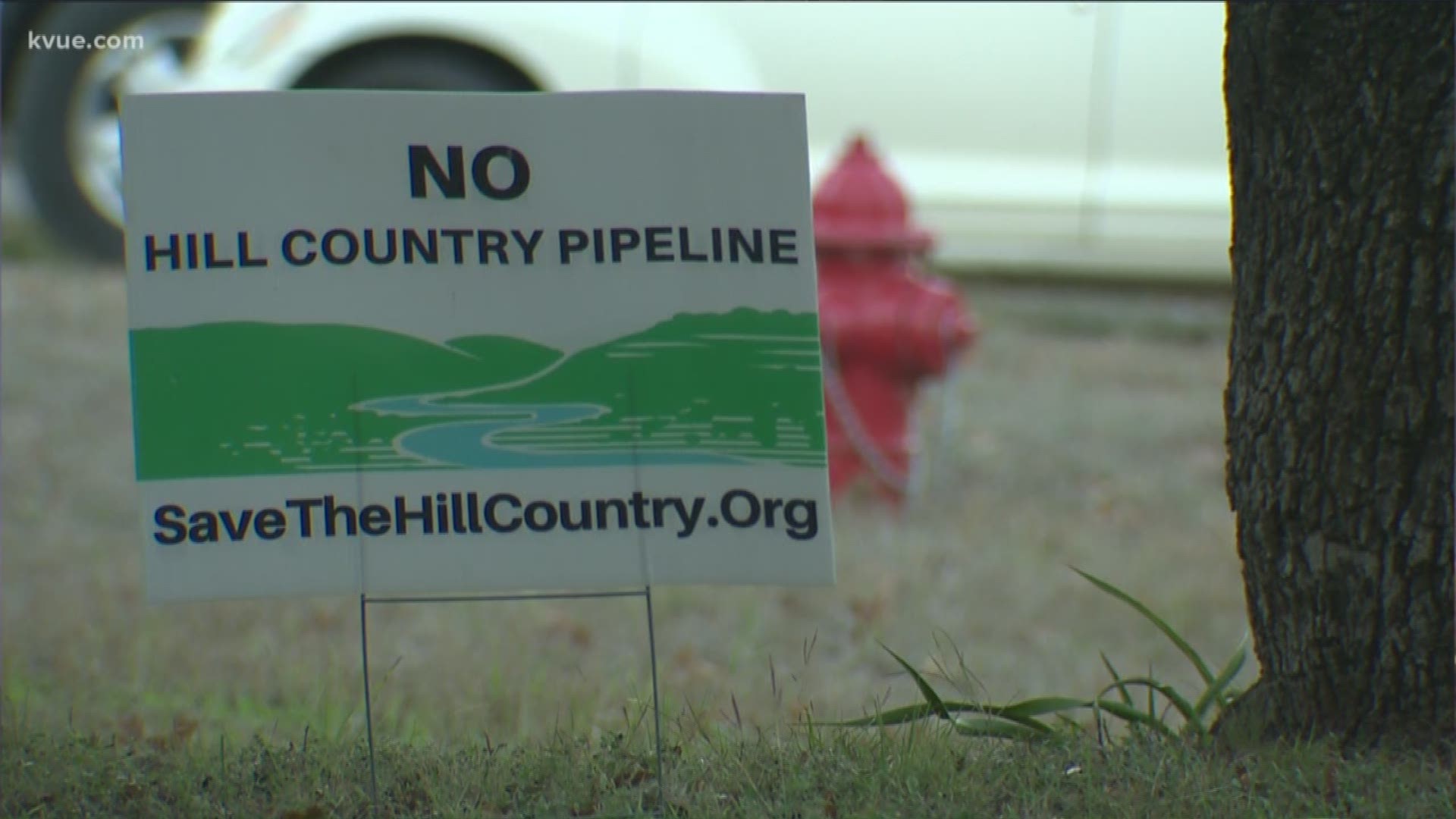 The more than 400-mile pipeline would carry natural gas from West Texas to an area near Katy, Texas, near Houston.

Fore said the company is preparing for construction in the Hill Country.

"We’re finalizing land acquisition," he said. "We’re over 95%, so the land has been acquired for the properties. We have over 1,000 landowners that are part of this, so that’s significant progress there."

He said there has been some kickback from property owners, typically ones in the Hill Country.

"A lot of the landowners, this is the first time they’ve experienced pipelines and negotiations and evaluations and those types of things," said Fore. "And, also, understanding what we’re talking about and what we’re planning on doing. What is a pipeline? Is it buried underground? What are your construction techniques and plans? So it’s been a lengthier process in the Hill Country, expected to be, and part of that is making sure everyone understands what the process actually is."

Karen Smith, who's lived in the Woodcreek area for five years, is one of the concerned homeowners.

"It’s very disturbing. It makes me sick to my stomach. I know some people whose land is being taken, and it’s just not right," said Smith, saying she worried about the impact on the community and environment.

Fore said the company performs environmental surveys, noting it has made more than 150 routing adjustments on the project.

"We do environmental surveys on a significant portion of the properties we’re proposing to pass through, particularly in areas of significant environmental concern," said Fore. "And that might mean a wetland or a jurisdictional water crossing."

Fore also said there is potential for the pipeline to bring a positive economic impact to Texas.

Fore said, depending on the construction process, the pipeline could be in service as early as 2021.

Which bowl game will the Texas Longhorns go to?