A video that has been shared hundreds of times shows backpacks strewn around Janelle Dr. as KISD students fist fight each other. 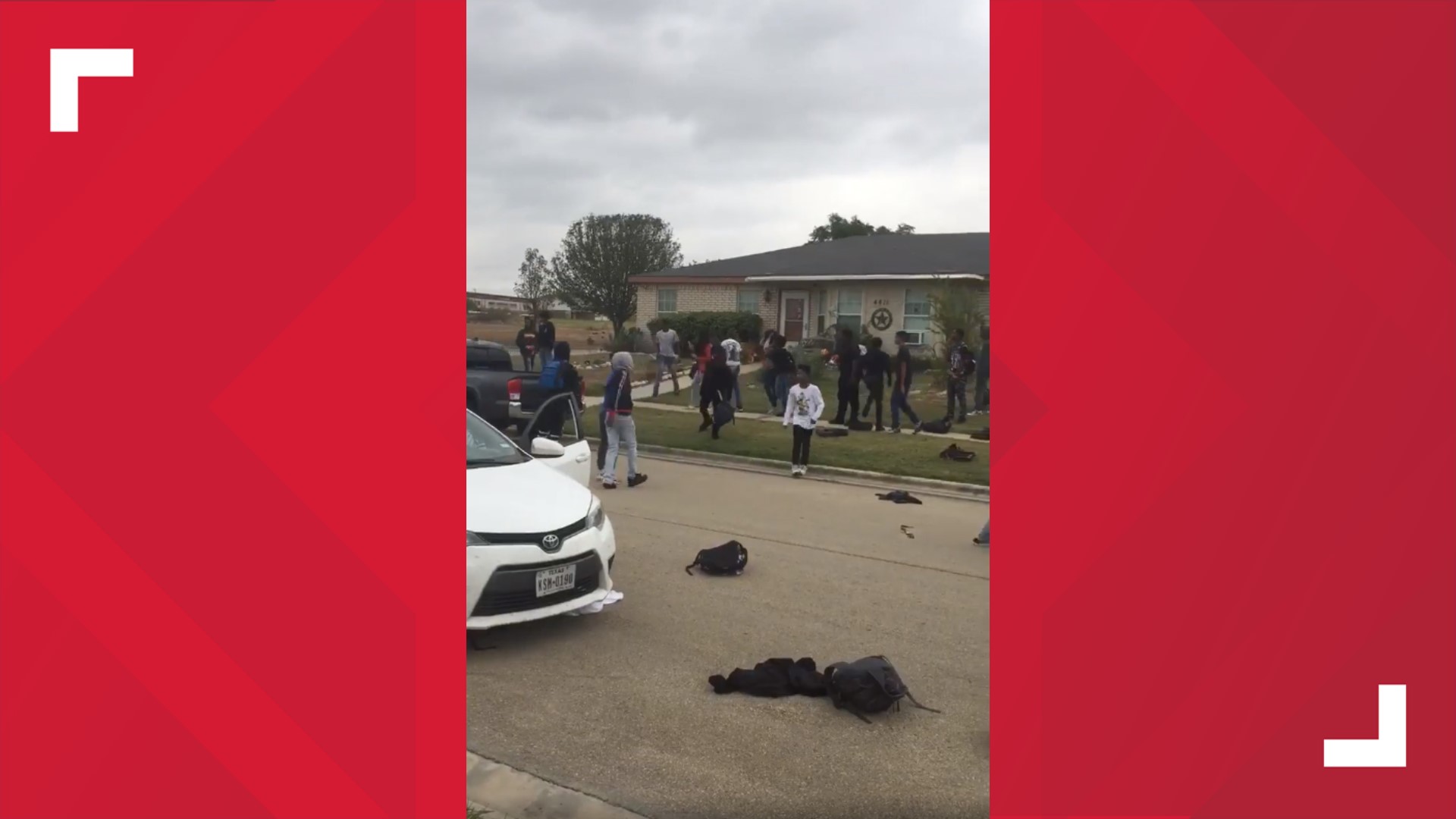 KILLEEN, Texas — Some Killeen Independent School District students are facing disciplinary action after a fistfight broke out in the middle of a Killeen street last week.

A video of the fight was posted on Facebook Monday evening and shared more than 300 times.

The video showed backpacks strewn around the 4400 block of Janelle Dr., just blocks away from Shoemaker High School, as students threw punches and car horns blared in the background.

Students scattered at the end of the video after someone yelled, "Get in the cars."

RELATED: More than 40-person brawl breaks out at Cheddar's in Waco, police say

RELATED: Police: Baby dies after being dropped to pavement during fight, mother charged with murder

KISD officials said 12 to 15 students were identified in the video.

"Killeen ISD is aware of a video on social media that shows students having a physical altercation after school in a Killeen neighborhood," KISD said in a statement. "Physical altercations of any kind are unacceptable and will not be condoned."

Crystal Martinez-Lopez, who lives in area, said this isn't the first time she has seen fights.

Gary Jones posted the video online. It now has more than 20,000 views and hundreds of shares.

Advisory: The following video contains language some may find offensive.