The girl is not being identified at this time, but police say she was a Bellmead resident and JROTC student. 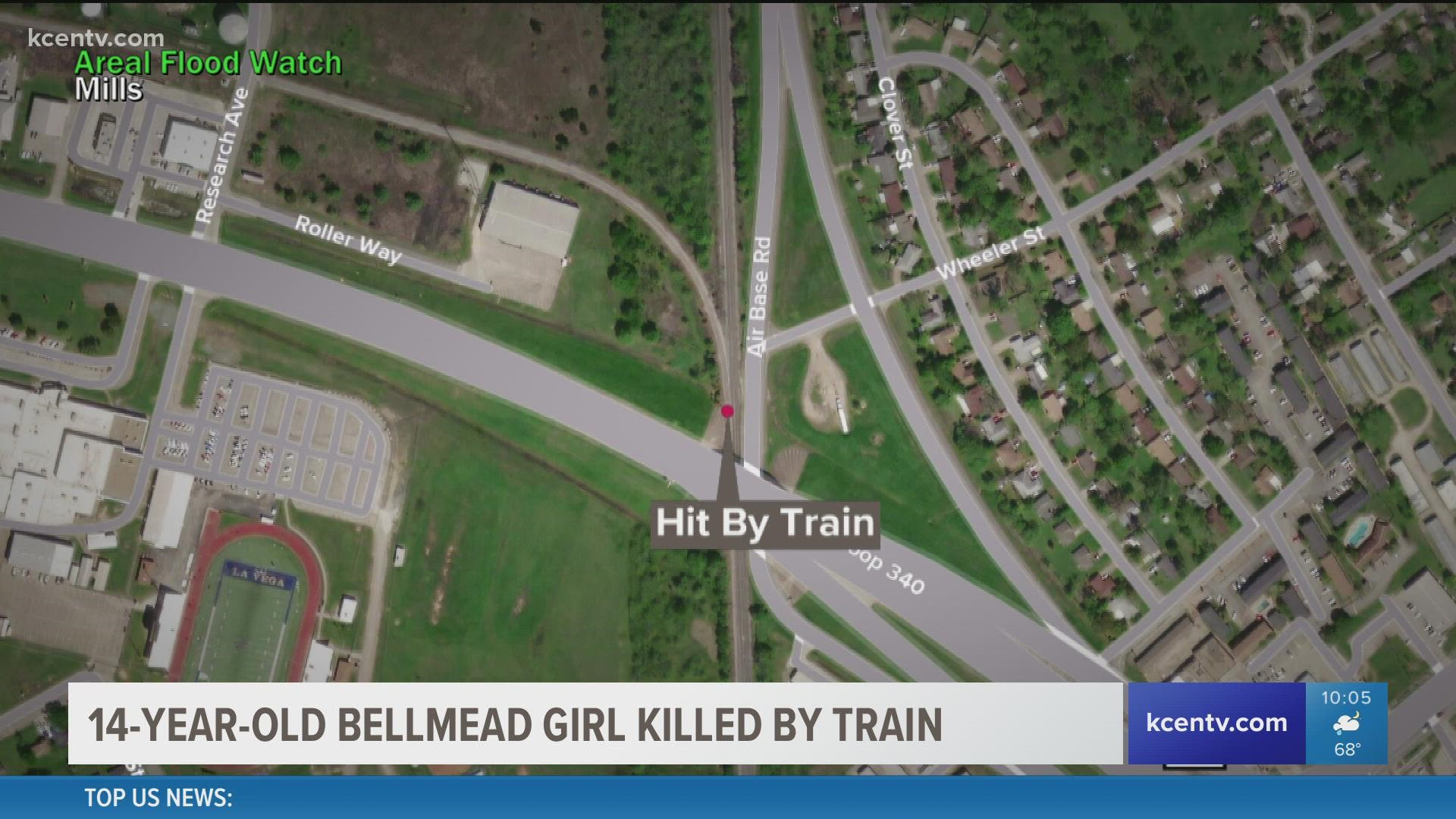 BELLMEAD, Texas — A 14-year-old La Vega student died this morning after being struck by a train while trying to cross the railroad tracks, the Bellmead Police Department said.

Police responded to the scene shortly after 8:10 a.m. Oct. 13. Officials said witnesses saw the girl fall while crossing the tracks in the 1000 block of Air Base Road, which is when the train struck her. She was pronounced dead at the scene, officials said.

The girl is not being identified at this time, but officials said she was a Bellmead resident and JROTC student. The department said it does not anticipate any charges at this time.

"The family has been contacted and we would like to extend our thoughts to the family and to the La Vega ISD friends and staff," the department said in a release.