History restored: An inside look Lampasas Keystone Star Hotel a year into renovations

LAMPASAS, Texas — Andy Fish originally went to Lampasas to find a building that could house his classic car collection.

Since then, he took on an entire project to renovate the historic Keystone Star Hotel, which was built in three parts that date as far back as the mid-1850s.

The renovations started in January 2018. More than a year later 6 News Anchor Kris Radcliffe took a tour inside to get a firsthand look at the improvements so far.

The transformation is noticeable as soon as guests enter the door.

If they turn to the right, they're met with the ballroom, where owner Andy Fish decided to preserve a well that was discovered in the middle of the dance floor by incorporating it into room's structure.

"When we decided to make it into a ballroom at that point we're going to dance over the well.," Fish said. "So we actually had that piece of glass made in New Jersey. It's an inch and a half thick, and it's from a company that did Yellowstone National Park and a lot of skyscrapers. We're really happy that they were able to do something that's now historical rather than some of the more modern projects that they do."

The building hasn't just kept it's charm through the project. During the renovations, the hotel added new features like a giant mirror that once belonged to the king of Belgium.

The mirror used to be kept in the king's hunting lodge, but now it opens up the Keystone's ballroom.

Fish decided to furnish the entire property with beautiful artifacts.

A lot of the furnishings date back to the 1800s. Some are more modern but still have stories behind them.

"The television series 'The Son' took place back in the 1800s," Fish said. "They sold off the furniture, so a number of the pieces that we have, came from the television series. One would be the twin bed that was used in a shooting scene where, I guess, somebody got killed in that bed. So, they actually painted bullet holes in the bottom of the footboard of the bed that we've left there."

Throughout the renovations, it became clear that the building still had a few more secrets to yield.

Andy said as he was eating dinner one night, he noticed the big stuccoed wall he was looking at might have had something behind it. When he picked at that wall, he found a more than 100-year-old fireplace was hidden behind it. 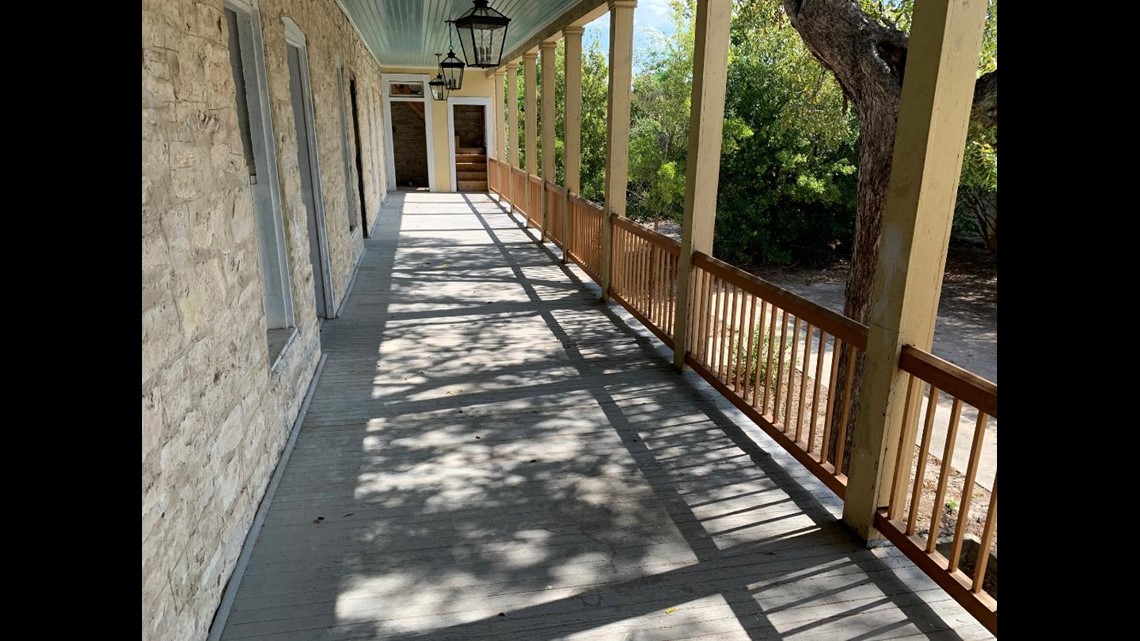 The building is becoming more functional throughout the renovation process as well.

Keystone has several events planned, and some have already taken place.

"We had a wedding here about three weeks ago," Fish said. "We had the lead viola player and first chair from the Austin Symphony come up and play. We had Stoneledge come do the wine. We've got rehearsal dinners lined up in the future, and we have a corporate event here in November. We have several high school reunions lined up... And, again, it's even not finished now. People are very excited to get into the building and use it, so we're very happy about that."

The Lampasas community has warmly welcomed the renovations.

Fish hosted an “Open House” to give the community a chance to look around at the beginning of the summer. Fish said 800 people from Lampasas and the surrounding area visited to see the results.

Andy said he was thrilled with the community's support and his project's outcome so far.

"When we had the open house, and I went through all of the photos of what it looked like... Even I can't believe how it turned out."

Through the project, Fish didn't lose sight of his original goal. He bought a garage across the street from the hotel where he keeps his car collection and even has some under repair. 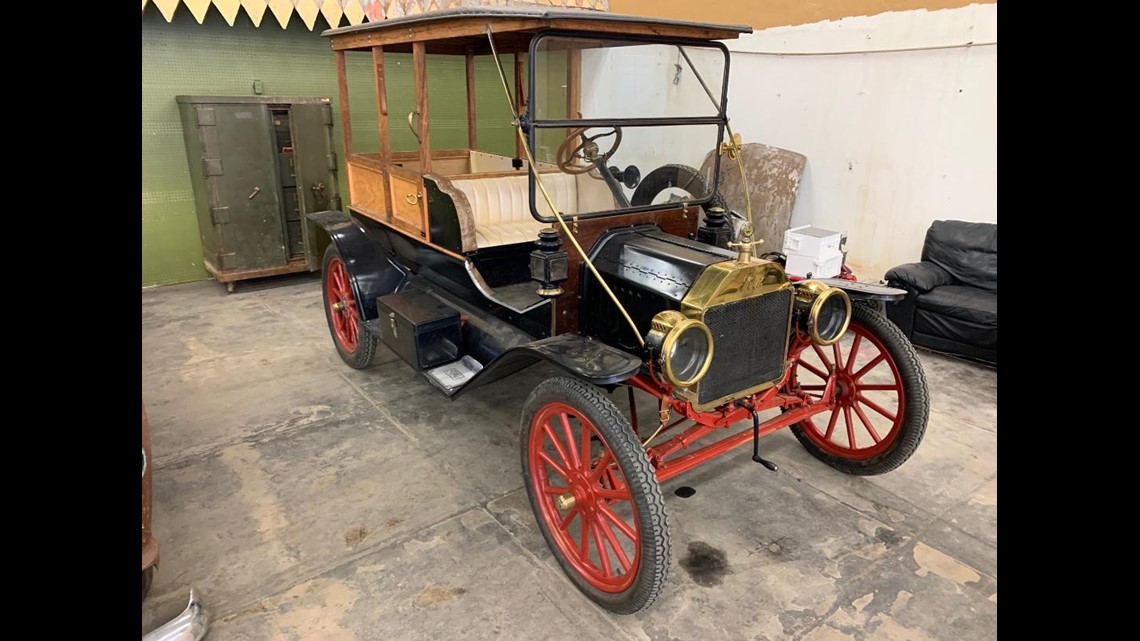 - She attacked her lover with a hammer so he shot the TSTC student to death with a shotgun, affidavit says

- Burnout: It’s more than just having a bad day