Catch Minnesotan's priceless reaction upon learning she will be a grandma

Sue Hein learned the news on a Fargo movie marquee 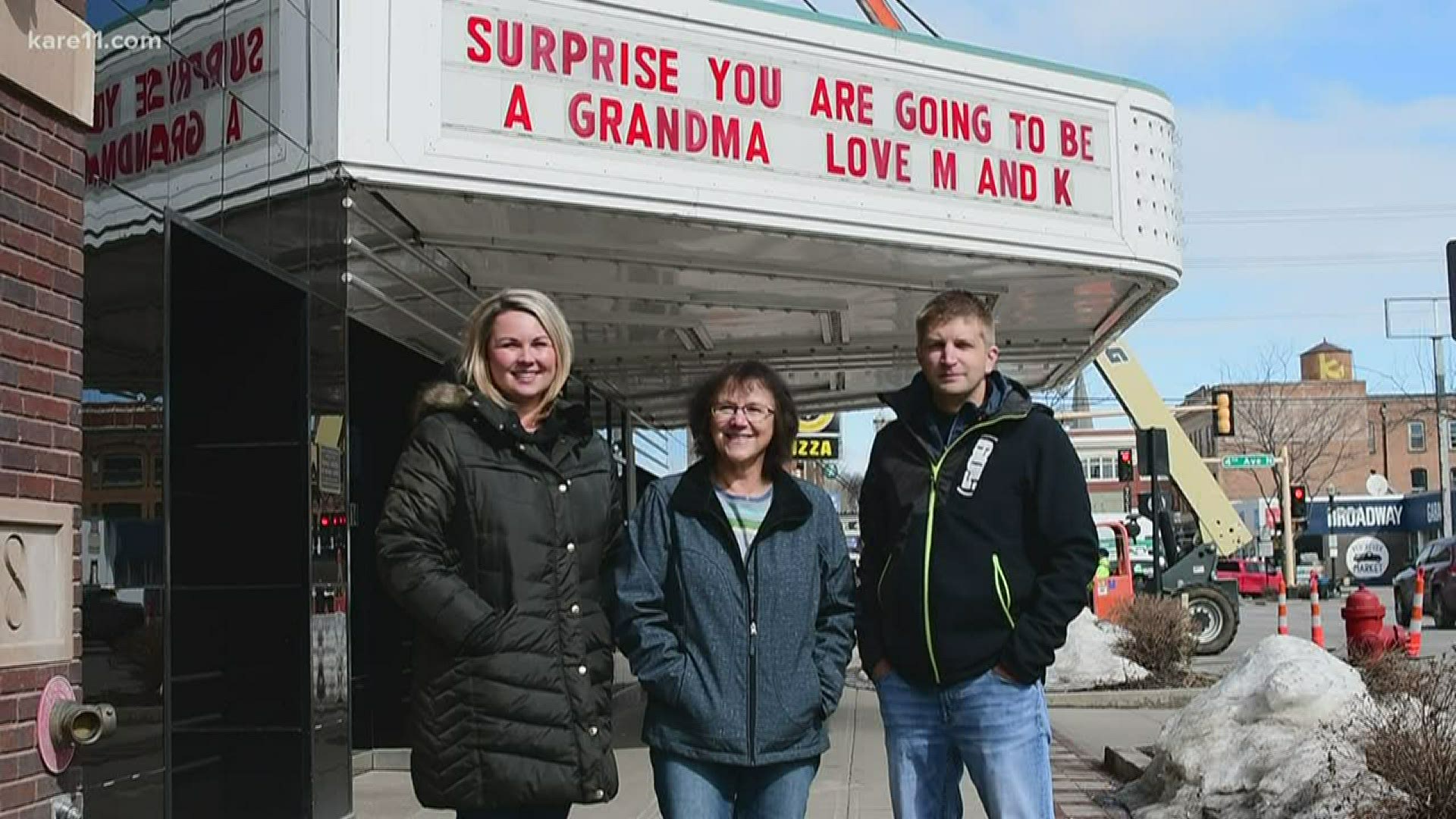 FARGO, N.D. — It played out like a made-for-Hollywood moment. So, how appropriate it took place beneath a movie marquee.

“Laughing, crying, squealing with delight,” is how Sue Hein describes the moment she learned she was going to be a grandmother. Based on a video of the reveal, Sue undersold it.

“I would describe it as just pure joy,” Kristina Landin, Sue’s daughter, says.

Kristina and her husband Michael planned the surprise down to the smallest detail.

The native Minnesotans, transplanted in Fargo, invited Sue, who lives in Litchfield, Minnesota, for the weekend.

Kristina paid $50 to rent the marquee at the Fargo Theatre, on which she had posted in red letters, “SURPRISE YOU ARE GOING TO BE A GRANDMA. LOVE M AND K.”

Then, she enlisted three friends to pose as a video crew doing a story on Mother’s Day, in order to capture the event on camera.

“We had to make sure we walked from the right direction so she couldn't see the sign walking up to it,” Michael says.

After some routine questions, the pretend video crew asked Sue to turn and read the marquee.

Kristina says the surprise was the happiest she’s seen her mom in a long time.

In this family, count on it.

RELATED: Model A Fords greet winter once every four years