The pit bull broke through a shared fence and mauled a dachshund to death. 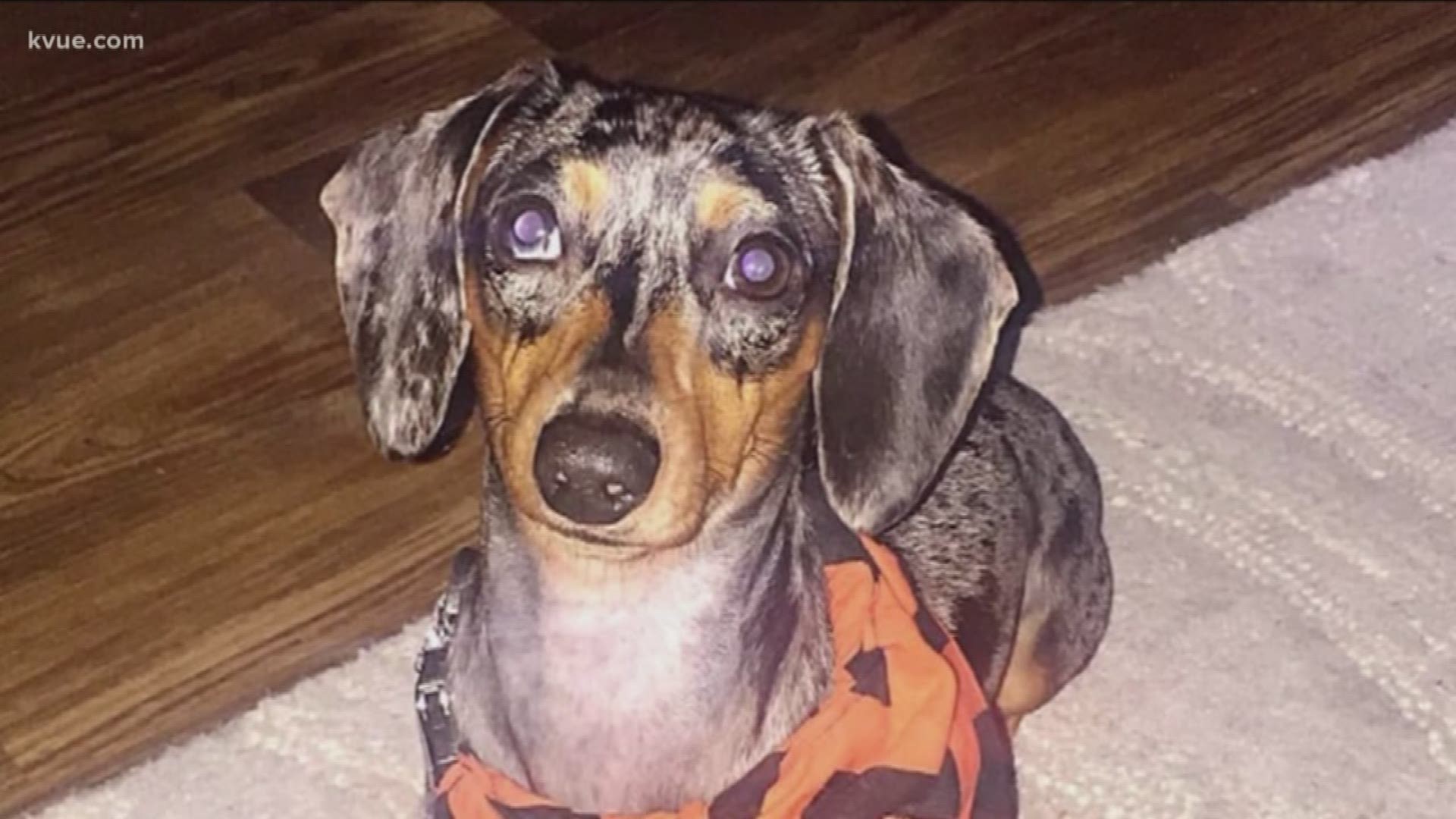 AUSTIN, Texas — Greg and Courtney Gold want one thing: for their next-door neighbor's pit bull to be removed.

This is after the dog broke through their shared fence on June 27 at the Santa Rita Ranch subdivision in Liberty Hill and mauled the Gold's dachshund, Roxi, to death.

"Even animal control told us once an animal does that, it takes itself to the wild side and tastes blood, it's only a matter of time before it happens again," Greg said.

With daughter in hand, Greg showed KVUE his makeshift repair on the fence.

"I just kind of drilled a baseboard down below to make it harder. This is sturdier wood. As you can see, this kind of bends a little bit more," he said.

Gold showed KVUE pictures of the fence after the attack. The pictures showed loose planks.

What's scary for Gold is that he wasn't there at the time – only his wife, Courtney, and 11-month-old daughter.

RELATED: What to do before and during a dog attack, according to trainers

"We'd only been outside probably two to three minutes and the next-door neighbor's pit bull just poked his little head under the fence and obviously that spooked my dog," Courtney said.

Courtney said that's when Roxi ran to the fence and started barking at the dog.

"The pit bull started putting his arms through the fence, clawing, digging, pushing as hard as it could, and it popped right on through the fence and the little gap out there and went straight for my dog," she said.

Courtney's initial reaction was to intervene and save Roxi. But her motherly instincts kicked in.

"I realized that if this dog lets go of my dog, it could turn and attack her. She was up on the porch, so I was like, nope, so I grabbed her and went inside," said Courtney.

Roxi died in the backyard. Now, the Golds want that pit bull gone.

To be clear, they have nothing against the breed.

"I'm not anti-pit, anti-aggressive dog or whatever," said Greg. "My mom has two. I had a Doberman in college. If it were a poodle over there that did this, I'd expect the same."

What the Golds expected was something to happen to either the dog or the owner. That's not what happened.

"There's just no state law giving us the authority to remove a dog for a dog attacking and killing another dog," she said.

Outside a possible citation for the owner for failure to properly restrain the dog, Paniagua said there's nothing else they can do, which frustrates the Golds.

"A life was taken and just nothing," asked Greg.

The pit bull's owner did write a letter of apology. In it, she said her dog just isn't animal-friendly.

Gold said that's just another reason that pit bull should be removed.

"It doesn't belong here," he said.

He said it's only a matter of time before it happens again, and next time it may not be a dog that ends up dead.

The Golds are now hoping the homeowner's association will step in and remove that dog. KVUE took a look at the bylaws and there's language in it that reads:

"If, in the opinion of the board, any pet becomes a source of unreasonable annoyance to others, or the owner of the pet fails or refuses to comply with these restrictions, the owner or occupant upon written notice may be required to remove the pet from the development area."

KVUE reached out to Goodwin Management and hasn't heard back. We also stopped by and called the Golds' next-door neighbor and haven't heard back from her as well.