This was the most important institution that served our community almost entirely for close to seventy or eight years," said Don Wright. 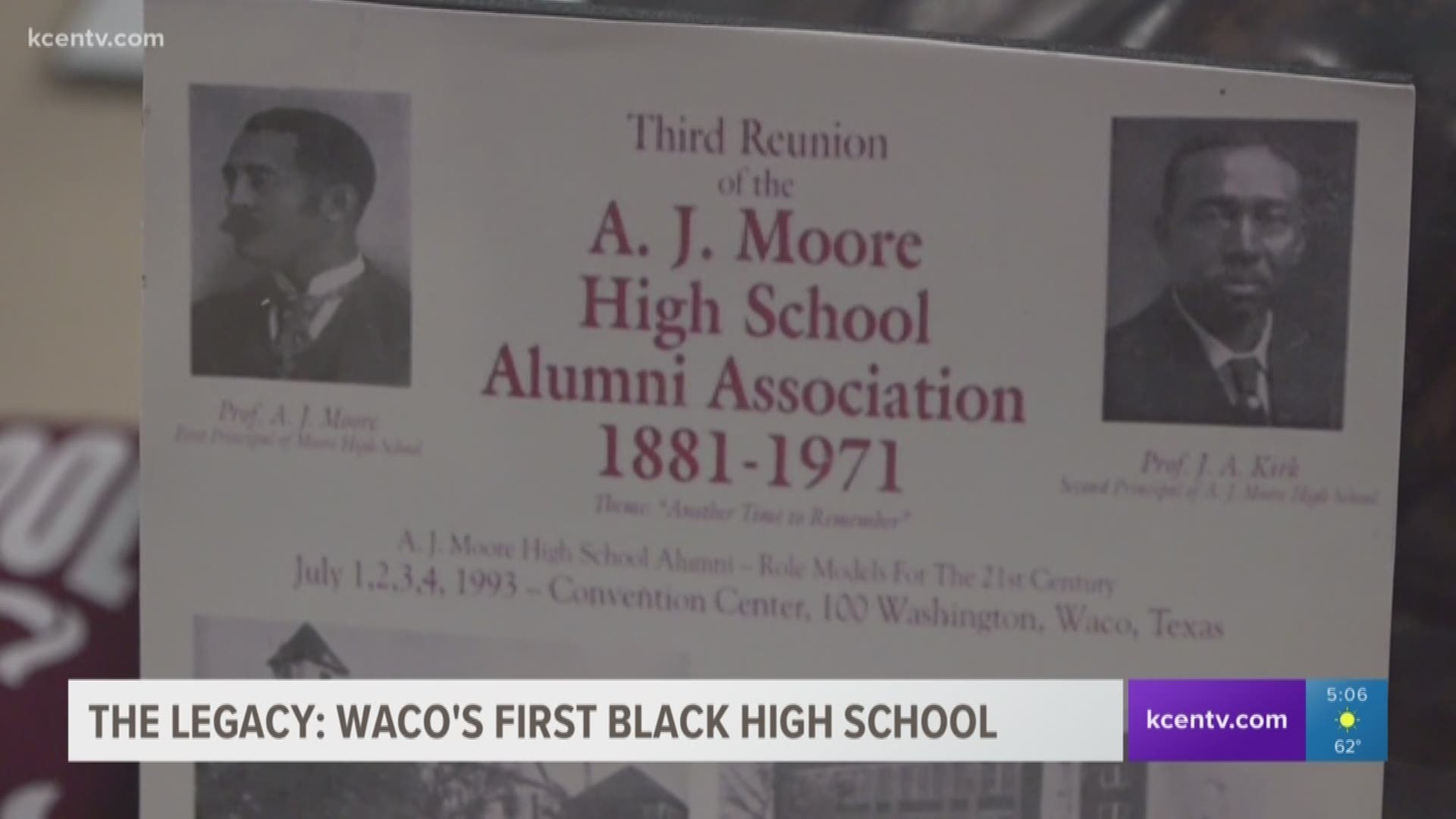 WACO, Tx — A group in Central Texas is shining light on black history in Waco. The Central Texas African American Heritage Foundation set up an exhibit of A.J. Moore High School at the East Waco Library.

A.J. Moore was the first black school that existed in Waco in the years following the American Civil War. Members of the group wanted to make sure the legacy of the institution lives on forever.

The display at the library is living proof that the school produced some of the best students in this country.

"We wanted to go to school. We were anxious to get to school. We had lovely teachers there. They were very accomplished," said former student Beulah Barksdale.

Barksdale is proud to say that she graduated from A.J. Moore High School in 1948. She admits that she did not have enough rhythm to be on the drill squad, but she was great at few other things.

"I was a debater, and a drum student." We had music, art and appreciation," said Barksdale.

Don Wright of the Central Texas African American Heritage Foundation says the high school played an iconic role in the community. The foundation partnered with the City of Waco to showcase the exhibit. The goal is to keep the school’s history alive.

"We really want to put an emphasis on our young children that are in schools here,” said Wright. We want to encourage teachers to really drum up this exhibit and how important a role African Americans played in the history of Waco.

A.J. Moore opened in 1875 and was named after Alexander James Moore, who was concerned about the quality of education for black children in Waco. More than 4,000 students graduated, many continuing on to successful careers. The school closed in 1971.

"This was the most important institution that served our community almost entirely for close to seventy or eight years,” said Wright.

Barksdale says attending A.J. Moore was one of the happiest times of her life.

It was fantastic,” said Barksdale. “We didn’t have all of the things that you had in the white high schools had, but what we had was innovative and real.”

The exhibit will be on display at the East Waco Library until January, but there are more exhibits to come. Click on this link to find out more about the Central Texas African American Heritage Foundation.