The Little League Baseball and Softball World Series events will be held, as scheduled, this August. 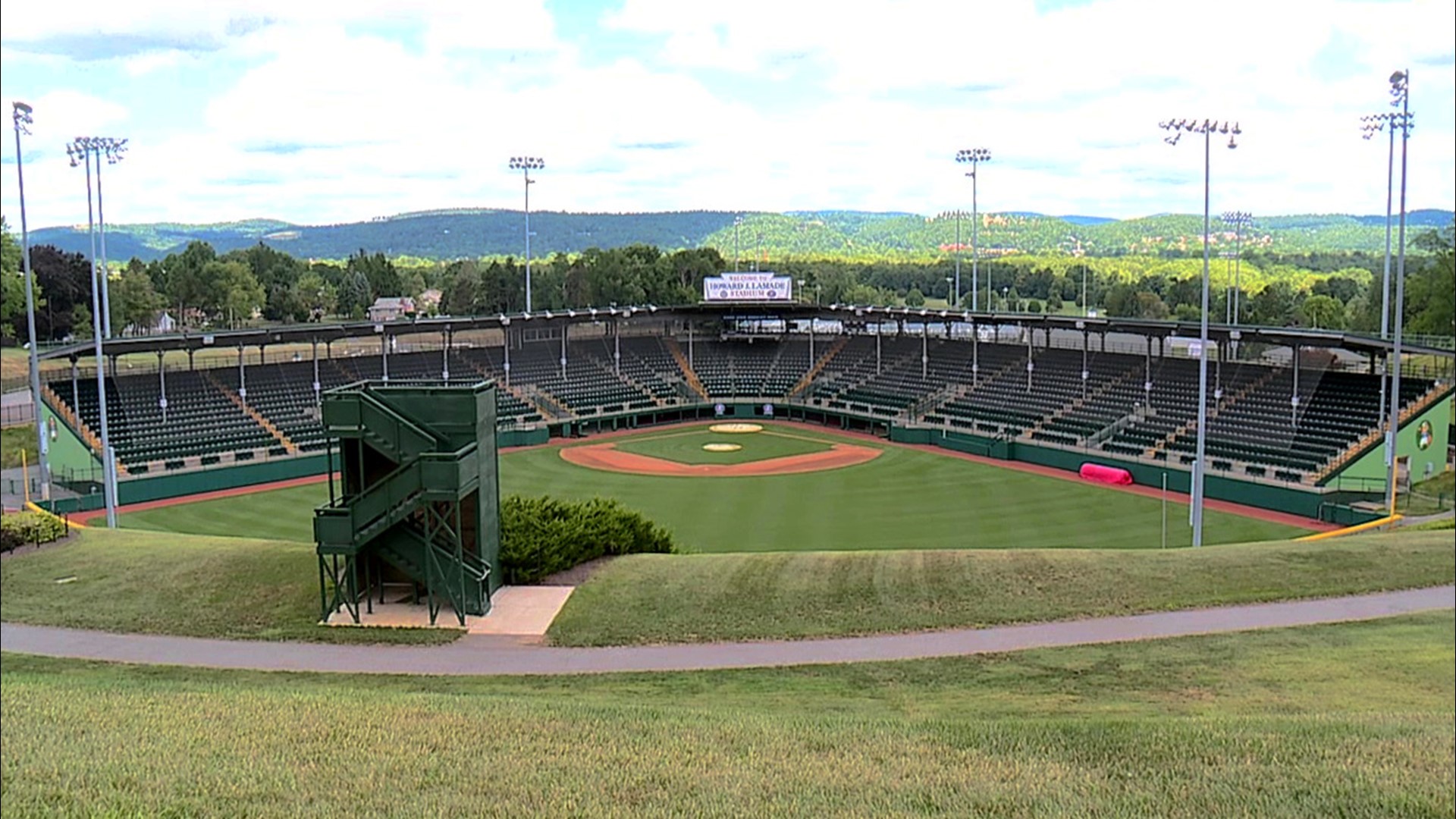 SOUTH WILLIAMSPORT, Pa. — The Little League Baseball and Softball World Series events will be held, as scheduled, this August.

The Little League Softball tournament will be held in Greenville, North Carolina.

Both series will only feature teams from the United States.

Organizers say they will follow CDC protocols, with input from state and local public health authorities.

"There will be a limited number of spectators who will be permitted to attend the regional tournaments and the World Series. That number has not yet been determined, and we will certainly let people know that once that is finalized. However, it will likely be restricted to families, and a few members of the communities where the teams are from that will be able to attend those tournaments," said Steve Keener, president and CEO of Little League International.

TESTING: All players and coaches will undergo COVID-19 testing prior to and upon arrival at their tournament location and will have significantly limited contact with other individuals until negative tests can be confirmed. Unvaccinated participants will also receive regular COVID-19 tests throughout the tournament. Little League International, through its partnership with Major League Baseball, will work with Spectrum Solutions, based in Salt Lake City, Utah, to provide tests at no cost to participants and coordinate testing logistics for each event location to help ensure consistency in results and efficient turnarounds in receiving results.

VACCINATIONS: Coaches and managers are strongly encouraged to be vaccinated, and should a vaccine be available for age-appropriate players, vaccination would be also recommended for players if appropriate but not required. All other adults on-site at the events (Little League International-appointed staff, volunteer umpires, officials, etc.), with the exception of team coaches and managers, will be required to provide proof of receiving their final dose of their vaccine at least two weeks prior to the start of their tournament event.

OFF-FIELD ACTIVITIES: Participants will be limited in their off-field activities to mitigate the risk of exposure during the tournament.

TEENAGE DIVISIONS: With the significant additional responsibilities of fully implementing the many facets of our COVID-19 mitigation plans at our volunteer-run Region and World Series tournaments at the teenage divisions, the Commission recommended that, out of the utmost respect to our volunteer organizers, the tournaments at these divisions will conclude at the state level, with Region and World Series events canceled for a second year.

SPECTATOR ATTENDANCE: Spectator attendance will be restricted at our Little League Baseball and Softball Region and World Series tournaments. Accommodations will be made for family members and a limited number of individuals associated with the participating teams. Those attending are strongly encouraged to be vaccinated and may be subject to additional screening measures to be announced at a later date.

🚨NEWS🚨 The 2021 Little League Baseball and Softball World Series will be held as scheduled in Williamsport and Greenville, North Carolina with a series of COVID-19 mitigation measures: https://t.co/pVTqnhSBQZ #LLWS pic.twitter.com/qQyGnU5mnv