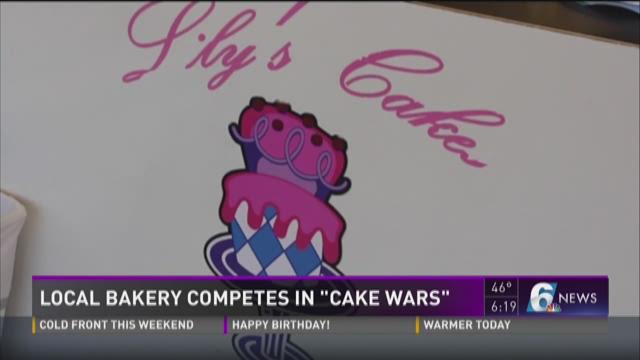 Now the nation will be seeing Lilian Halabi's creations as the specialty bakery competes in the Food Network's "Cake Wars."

Lily says her love for baking all began when she was little, and that baking was sort of the forbidden fruit in her family.

She says her mom never liked cakes and would make other types of desserts, but that just made her more curious.

Lily began her baking journey about 6 years ago at a Hobby Lobby Wilton cake decorating class. From there, it was history.

Her husband Samir insisted she stop selling her cakes from home and open up a store front in Harker Heights.

Since then her and her staff of bakers and decorators have created hundreds of beautiful and tasty creations, all while making a name for herself in the Central Texas area.

When asked if she would compete again Lily says, absolutely.

She says she's the kind of girl who likes challenges and when she hears the word challenge, shes's in.

Lily’s cakes has a new location opening this year in Temple.

Be sure to catch Lily’s Cakes on Cake Wars Monday night at 8 pm on the Food Network, her and her partner compete against four baker who will build a cake and centerpiece to present in front of judges for a chance at $10,000.