Hundreds of people rallied in Downtown Norfolk calling for the city to take down the Johnny Reb Confederate Monument. 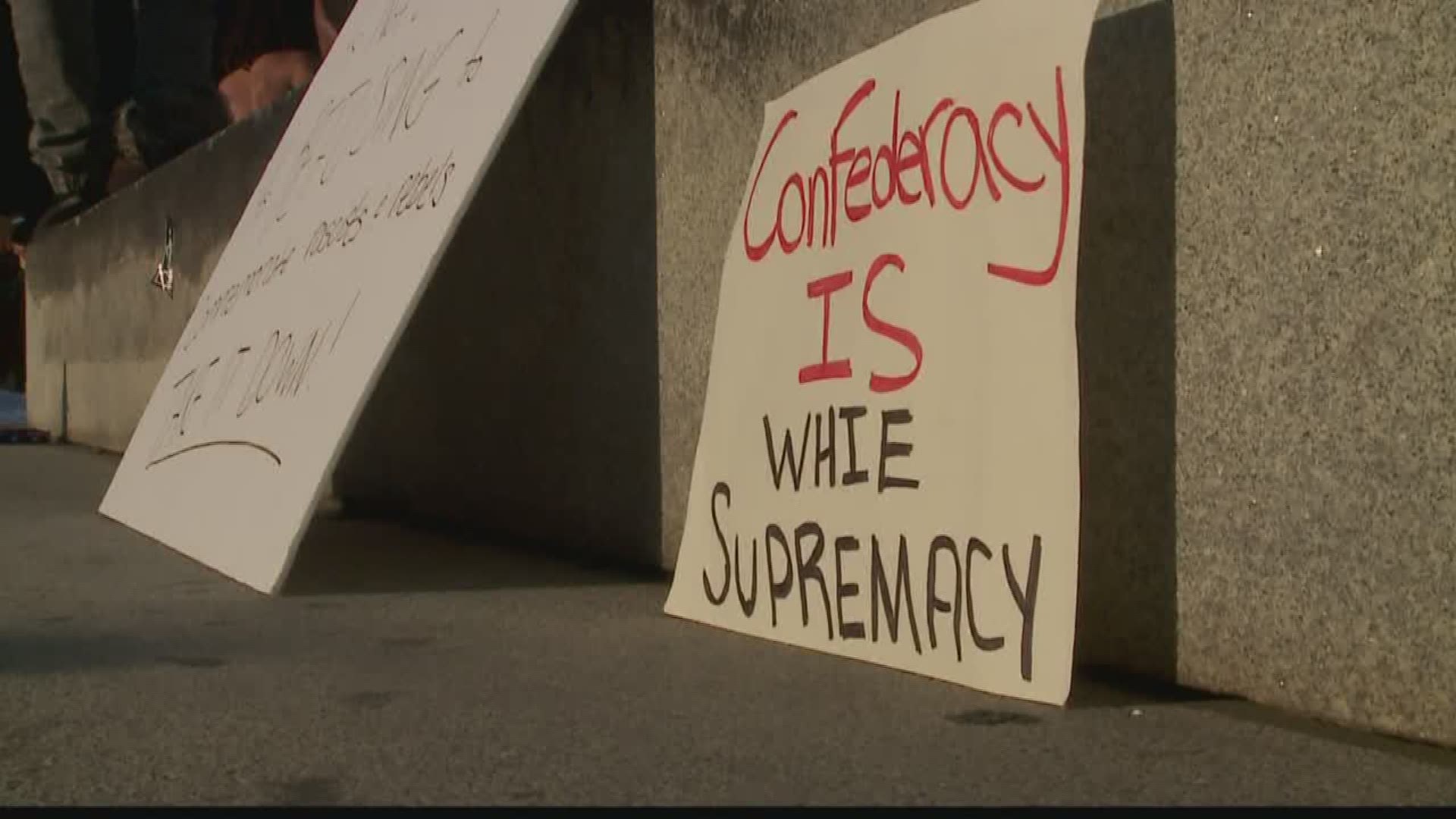 NORFOLK, Va. (WVEC) -- “Tear it down, tear it down,” that’s what hundreds of protestors were chanting at the Johnny Reb Monument in Downtown Norfolk Wednesday. The protestors believe the century old monument, honoring confederate soldiers, is a sign of hate and racism.

“This is not what love and acceptance is all about,” said Ronnda Morris of Norfolk.

However, there was also a quiet minority at the rally who believe the monument should remain right where it is.

James Murray dressed as Captain America, because like it or not, he says the monument represents a significant part of American History, you can’t just pretend the Civil War didn’t happen.

“Americans gave up their lives for what they believed in, right or wrong, that’s the bottom line,” said Murray.

Others say if the monument is part of history then it belongs in a museum, not on a major street, where people are forced to look at it.

“I simply feel that any symbols that honor the confederacy and the hatred and bigotry that that stood for is a slap in the face to me,” said a woman named Ahlia.

In 2015 Norfolk City Council voted to keep the monument up.

Wednesday Mayor Ken Alexander released a statement, you can read that statement below.