It comes after she played an important role in the search for Vanessa Guillen, as well as the #IAmVanessaGuillen movement that followed. 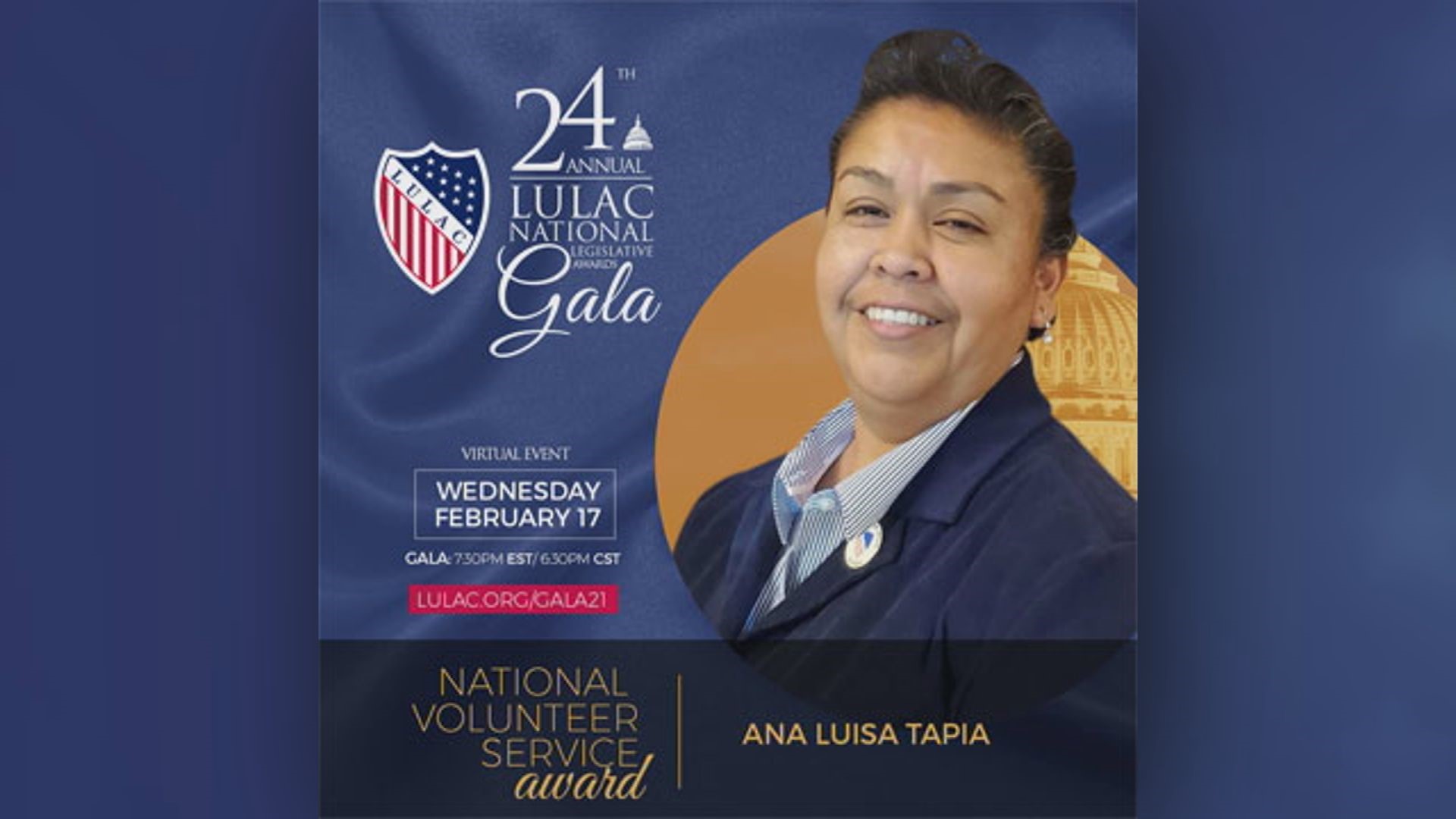 It's the highest award LULAC gives to its members and although Tapia said she's honored, it's a bittersweet moment. She received the recognition for her involvement in the fight for justice for Vanessa Guillen.

"It's bitter because as the nation knows, we didn't really find her," Tapia said.

Guillen was a Fort Hood soldier who went missing in April and her remains were found two months later. For weeks her family, members of LULAC and the community held protests demanding answers from the Army, and the hashtag "I am Vanessa Guillen" sparked a national outcry of the handling of sexual abuse and harassment on military bases.

"It became a national movement and now our next step is wanting to push legislature for the Vanessa Guillen act." If passed, the act would provide independent investigations for sexual harassment and assault survivors in the Army.

"We wanted to have our community respected and we had an issue to address, which was our missing soldier and this is where we're at and we don't regret it at all. The only thing we would change is we would have Vanessa back with her family."

Tapia says she learned at an early age that everyone has a voice, and change begins with every one of us.

So she believes it's her responsibility to not turn a deaf ear when help is needed.

"This movement and this award really needs to say the Central Texas community and beyond because it started here but it wasn't limited to here."

She says the fight isn't over yet and that she vows to continue demanding justice.