A loud boom was reported in the Gatesville area Friday morning but authorities had not been able to find the source of it. 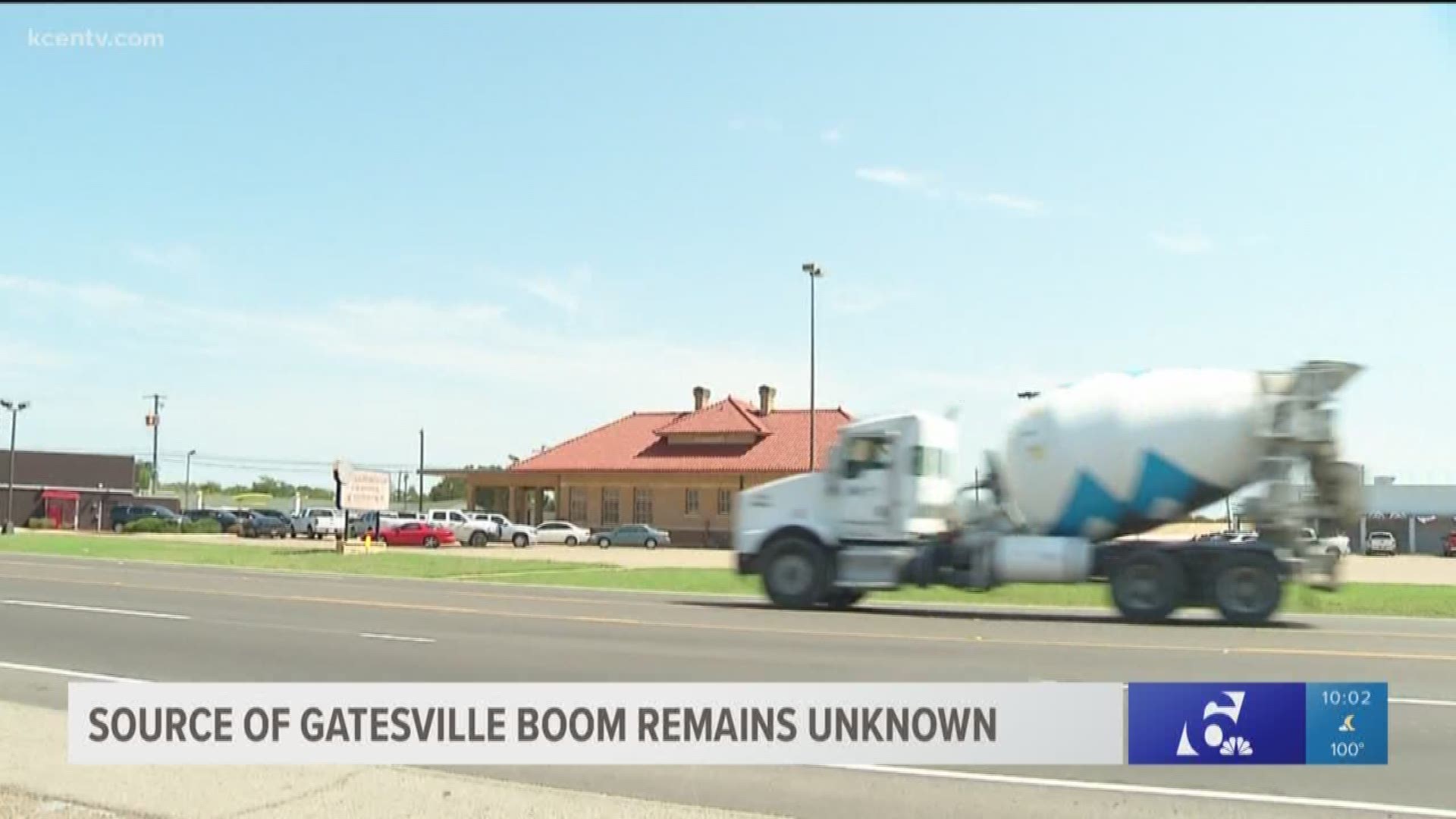 Gatesville Police were investigating reports of a loud boom Friday morning but had not found the source of it, according to the department.

The Coryell County Sheriff's Office was also investigating but had not found anything. A dispatcher said they were investigating whether it may have been caused by a jet flying too low.

Gatesville Fire Chief Billy Vaden said they've received several reports of the boom but had not been able to find the source.

"A very loud boom was heard through Gatesville," Vaden said. "The windows of the fire station shook pretty well and it's the loudest boom I've heard. We have checked with Ft Hood and the have said no jet aircraft are in the area. We've had multiple reports from Gatesville residents about their homes shaking, and both the police department and ours are yet to determine what caused the loud boom."

Vaden said Gatesville Police have been all over town searching for a cause and found no signs of smoke or craters. He said the sheriff's office told him the boom was also heard in Bosque and McLennan Counties.

Edna Ward said she was on her porch when she heard the boom.

Tyler Broadway with the Fort Hood Public Affairs Office confirmed the boom was not from anything happening on post.

An explosion at Coryell County Memorial on June 26 left three people dead and 13 others injured. The initial investigation showed it was caused by a construction-related accident resulting in a natural gas explosion.