Did Maleah Davis' mother attend her father's funeral in Massachusetts?

KHOU 11 viewers are asking the question. We worked to get an answer. 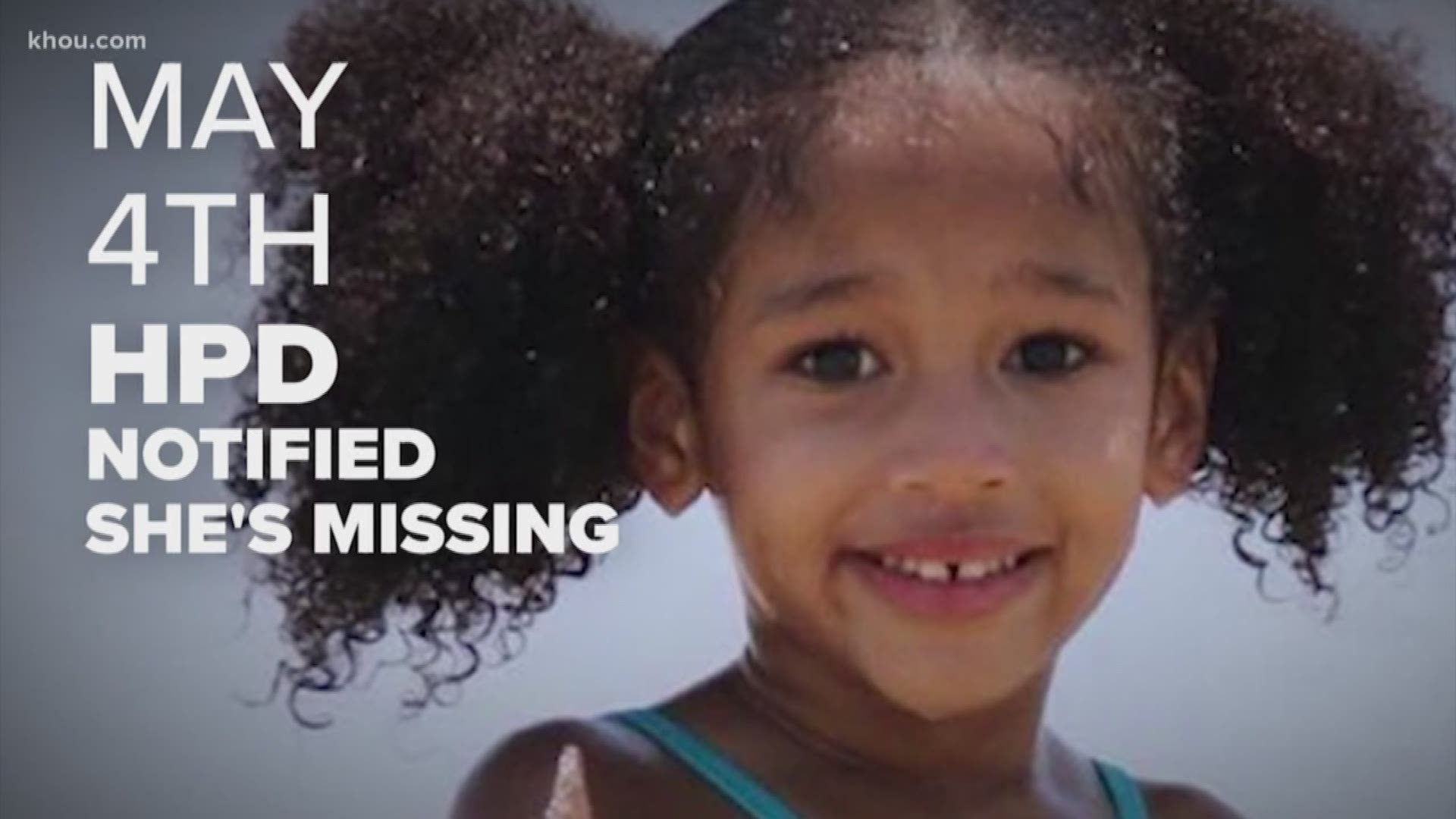 HOUSTON — Among the many questions that surround the disappearance of 4-year-old Maleah Davis concerns her mother Brittany Bowens' claim that she was out of town when Maleah vanished.

Bowens has said that she flew to Massachusetts to attend a funeral.

Many of our viewers responded, saying they were confused about the timeline of events, given that Brittany Bowens said she traveled to Massachusetts on April 30.

KHOU 11 reached back out to the funeral home on Monday for clarification.

The administrator went on to further clarify that a separate burial was held on Wednesday, May 1.

The administrator did confirm that Brittany Bowens and her sister both attended the burial.

Houston police have confirmed via flight records that Brittany Bowens flew to Massachusetts on April 30 and returned to Houston May 3, the night before Maleah was reported missing.

Quanell X, who is serving as Brittany Bowens’ spokesman, said she did not attend the memorial service on April 27, but she did attend the funeral on May 1.

*EDITOR'S NOTE: KHOU 11 published a story early Monday that indicated that Brittany Bowens attended the funeral for her father on April 27, per Harrell Funeral Home owner Ron Harold. That date is inaccurate. She attended her father's burial on May 1.

KHOU 11 News will continue to follow this story and bring you updates on Maleah’s disappearance as we get them.