Mourners walked from City Hall to the Harris County Jail and back Sunday morning. 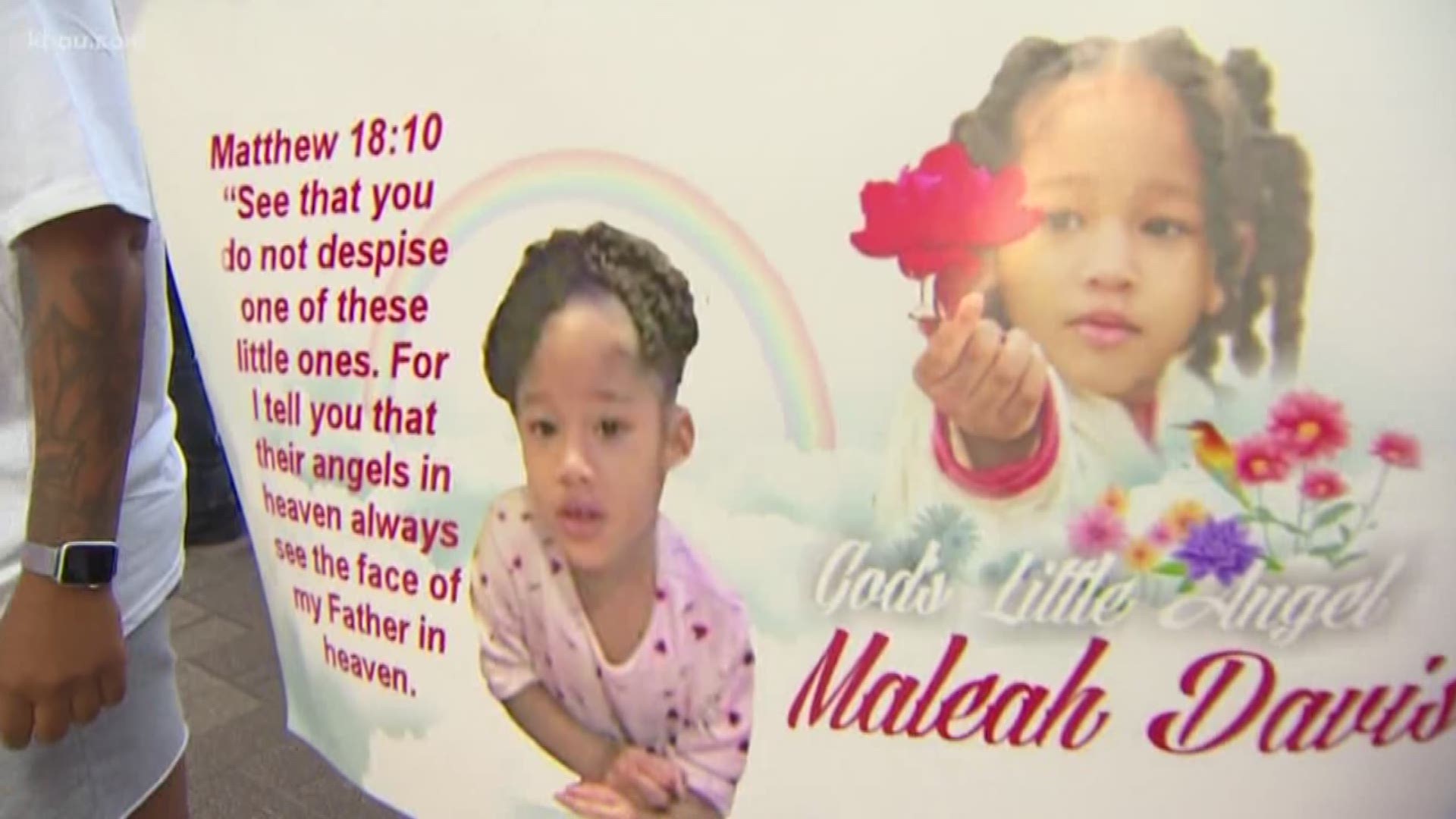 Ralliers marched from city hall to the Harris County Jail where Davis’ step father, Derion Vence, remains locked in a cell in connection with the girl’s death.

“Hug your children, tell your children you love them, protect your children," Mayor Sylvester Turner told the crowd. "Let’s make sure this type of day never has to happen again in our city."

Many demonstrators said they believe a failure on the part of child protective agencies allowed for Davis’ death.

They claim alleged signs of abuse may not have been taken seriously or signs that were observed were handled too lightly.

“As a child, I also suffered abuse and no one believed me when I went to tell them about it," said demonstrator Mary Clark. "So there’s probably many, many children who don’t have a voice and we need to be there for them.”

Maleah Davis' body was found May 31 in a trash bag along a road in Arkansas.

The body was discovered after suspect Derion Vence reportedly shared its location to community activist Quanell X in a jailhouse meeting.

Vence is currently charged with tampering with evidence.

Harris County prosecutors claim Vence concealed Davis' body so it would not be available to Houston Police Department detectives during their investigation.

“We are responsible for making sure a situation of this kind never happens again in this city, this state or in this country," Mayor Turner said.

RELATED: 'He will be charged with first-degree murder' | Legal expert weighs in on the case against Derion Vence

If you would like to donate, the funeral home Richardson Mortuary, says they are setting up an official fund to help with expenses.

The funeral home says they expect to have a website for the fund set up by Monday.

Rest in peace: Remains found in Arkansas are Maleah Davis'