Man behind Sport Clips continues to give back to military families

Gordon Logan served in the U.S. Air Force back in 1969 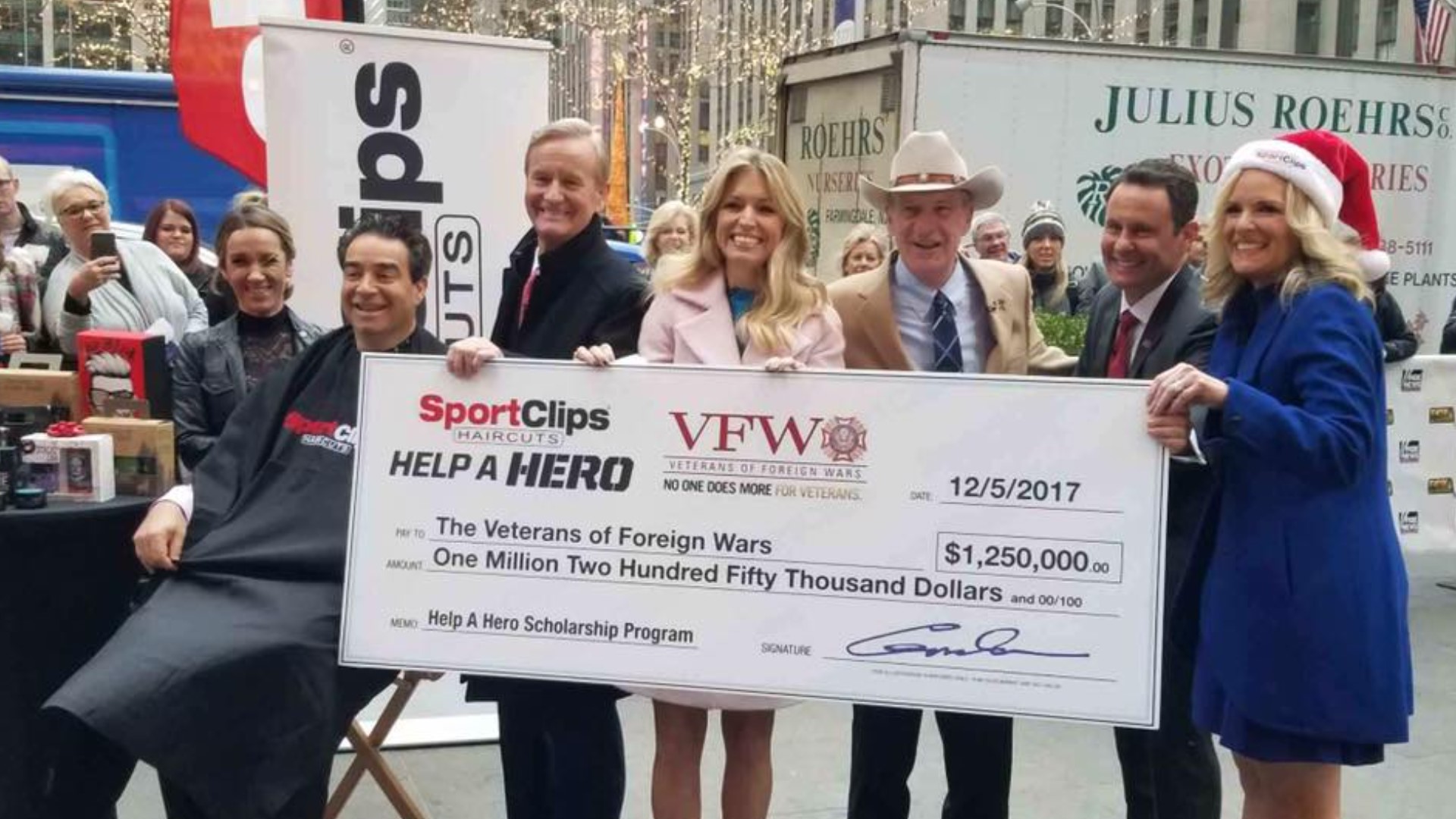 GEORGETOWN, Texas — There's a pep in the step of Gordon Logan, a U.S. Air Force Veteran and the man behind the legendary Sport Clips franchise based in Georgetown.

"I was in the Air Force, active duty for five years, from 1969 to 1974," Logan said. "We did some interesting flying in Cambodia re-supplying Phnom Penh when it was under siege."

Logan said he was a pilot in the Air Force, he flew the iconic C-130 aircraft and got to see sights he'd never dreamed of before, thanks to his military service.

Logan said the military was a great thing to experience as a young man. He said those that do grow up very fast because of the responsibility. He learned about teamwork and it forced him to interact with all sorts of people from different walks of life.

"We did some interesting flying in Cambodia re-supplying Phnom Penh when it was under siege," Logan said when asked to remember a mission he would never forget. "We'd go into Phnom Penh at 10-thousand feet and have to spiral down to stay out of the way of the handheld missile range and, in fact, we were up in a holding pattern up above Phnom Penh and the battle was raging down on the Mekong River and we could watch it almost like a movie."

Logan said it was a strange feeling to watch and witness, but felt that his job there was an important one as they helped the good people of that country, citing the brutality that didn't bode well for the people of Cambodia.

All of this happened during the Cambodia Civil War in the mid-1970s and Logan remembers that anyone with any kind of education in Cambodia were sent to camps and murdered.

"The Khmer Rouge took control of Cambodia," Logan said, referencing the 1984 movie 'The Killing Fields' which he said chronicled the brutality. "The way they ran the country and massacred thousands, hundreds of thousands, of people."

Fast forward some decades later and Logan is the owner and operator of Sport Clips, a company founded in 1993 after he said he saw a need and not much competition in the men's and boy's haircut market.

According to his bio, Logan served on the board of the International SalonSpa Business Network (ISBN, the trade association for chains and franchises representing over 10,000 salons) from 2002 to 2014, served as President from 2008 to 2012, and remains active, working with the Board on government regulatory reform.

Since 2011, Gordon has served on the VFW Foundation Board, directing all charitable efforts of the VFW for active duty servicemen and women and veterans.

One of those efforts, the Help A Hero Scholarship Program, which helps service members and veterans with scholarships to use at post-secondary schools and trade schools. According to its website, the program has awarded 1,750 scholarships totaling roughly $8 million.

One of the fundraisers near and dear to Logan will happen this Veterans Day. Sport Clips and Paul Mitchell have teamed up to give back to the active-duty soldiers and veterans by offering free haircuts next Wednesday, at participating locations in Temple and Waco. It is all in conjunction with the USO Fort Hood Yellow Ribbon Telethon happening the same day beginning at 2 p.m.

In addition to giving back to service members, for every haircut sold on Veterans Day, Sport Clips will donate one dollar to the Help A Hero Scholarship program.

"It raises awareness to the public of the sacrifices that our Soldiers and Airmen, Marines and Sailors and all of our military made," Logan said. "So, it's the right thing to do to say thank you and let them know we appreciate them."