'There is nobody more vulnerable than a one-pound baby.' Doctor, nurses travel through ice and snow to take care of newborn preemie

Going into labor came as a shock to Kimberly, considering she was only 24 weeks pregnant. Ice and snow made getting to the NICU impossible. So the NICU came to her. 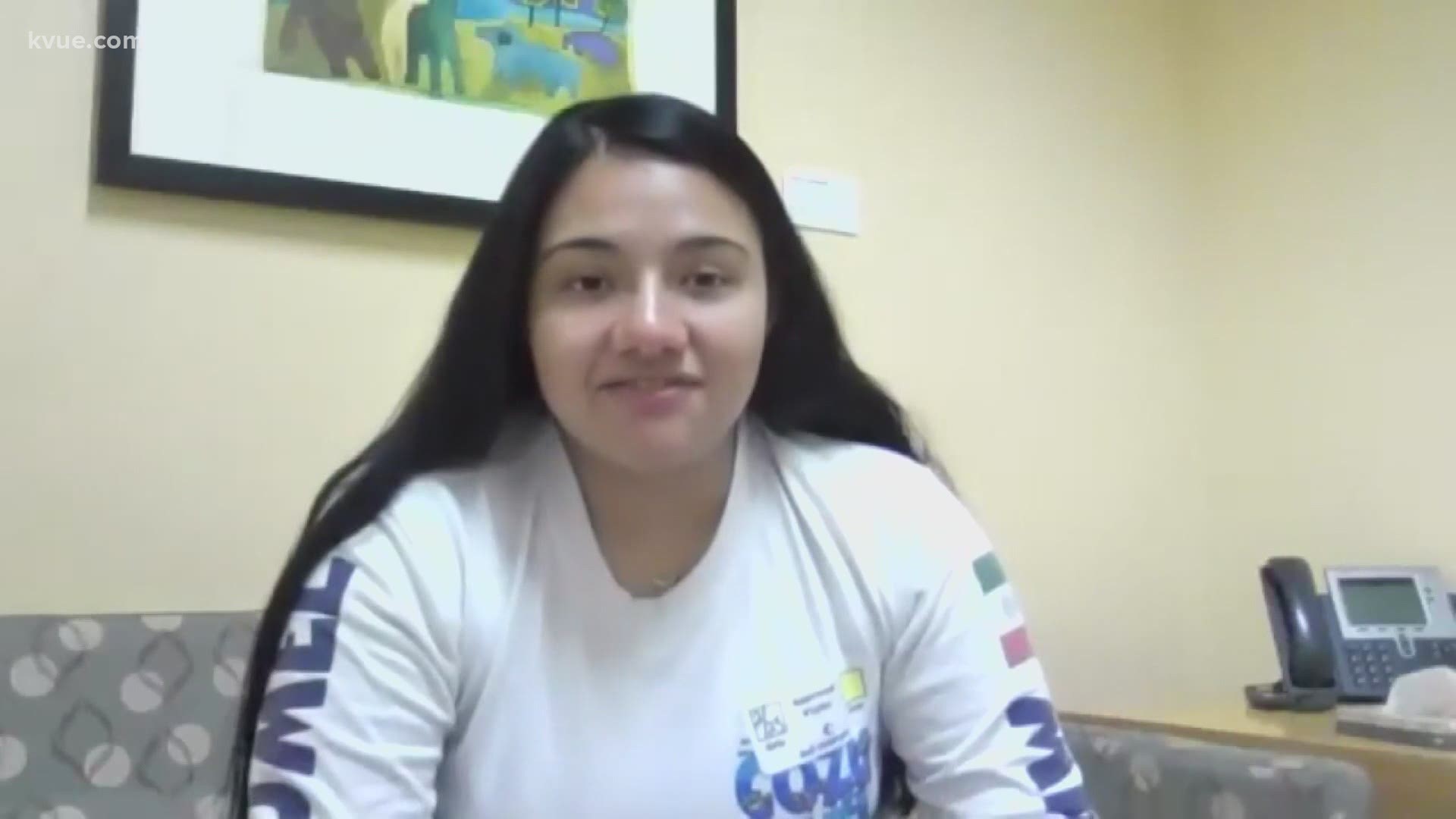 MARBLE FALLS, Texas — It was early Wednesday morning. Central Texas was covered in snow and ice when Kimberly Arias woke up in pain.

"I started freaking out. I started crying. I didn't know what to do," Arias said as she recalled the moments after she went to the ER, soon to find out she was going into labor.

The concern? She was only 24 weeks pregnant at the time.

"Put that in perspective, a normal pregnancy term delivery at full nine months is really 40 weeks," said Dr. Curtis Copeland, a family physician with Baylor Scott and White in Marble Falls. "And so this was only at 24 weeks, a level that a baby normally is going to need lots of NICU care after."

Copeland said, typically, a patient is transferred to that kind of intensive care before the baby is even born or immediately after.

Dr. John Loyd, Kelly Clause and Nicole Padden with Dell Children's decided to make the drive from Austin to Marble Falls to help this new mom and her baby that weighed only a pound.

"I knew there was a mother out there. I knew there was a health care team out there. It was not equipped to take care of such a fragile baby. It was having to try and do that," said Loyd, the division chief of neonatology at Dell Children's. "And as a parent, as a provider, I couldn't on my watch not do something."

Loyd, Clause and Padden set up a makeshift NICU as both healthcare providers teamed up to take care of this baby.

"You would have never have known it was two different hospitals working together," said Clause. "I think we all came together as a team."

All said the patient, a preemie, was the priority.

"It was refreshing to be able to go and do what I got into medicine, that is, to be in a position to the most vulnerable patients in our community," said Loyd. "And there is nobody more vulnerable than a one-pound baby in the middle of an ice storm in a level-one facility."

Arias said she was thankful for the teamwork of the doctors and nurses.

"They made me feel like my baby was really safe and in good hands," she said. "Honestly, I didn't get much sleep, but the few hours I got, I could be calm because I knew someone was there with my baby. She was taking good care during that whole process and still is."

The baby was eventually transferred to Dell Children's in Austin. Dr. Loyd said even when everything goes well for a baby like Zaylynn, only about 50 to 60% of them survive.

"It's hard for me to emphasize enough what a wonderful job Dr. Copeland and the team at Baylor Scott & White did in presenting us with a baby that we could then give a reasonable chance to. She's got a long way to go but her chances of surviving and living 80 years and having a job where she's a grownup driving her mother crazy, like the rest of our children, is really good," said Loyd. "And that's because a lot of people stepped up and did the best they could in a historically challenging season of weather in Central Texas to make this happen."

A baby that made it through a winter storm. A baby who was eventually transferred, whose chances of survival increase every day thanks to two teams of healthcare workers working together as one.

COVID-19 mass vaccination site to open at COTA this weekend